The traditional September visit to the rolling hills of Sonoma is always bittersweet. The scenery is always beautiful and the vineyards beckon with hints of the harvest to come. Drivers love the twists, turns and elevation changes as the track slithers … 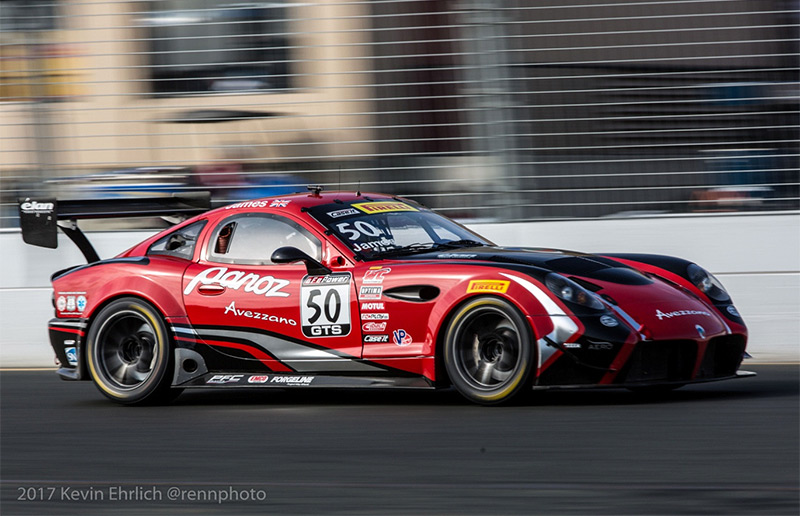 The traditional September visit to the rolling hills of Sonoma is always bittersweet. The scenery is always beautiful and the vineyards beckon with hints of the harvest to come. Drivers love the twists, turns and elevation changes as the track slithers for a little over two miles before returning to the start/finish line. Fans appreciate the great sightlines and friendly Sonoma Raceway staff. 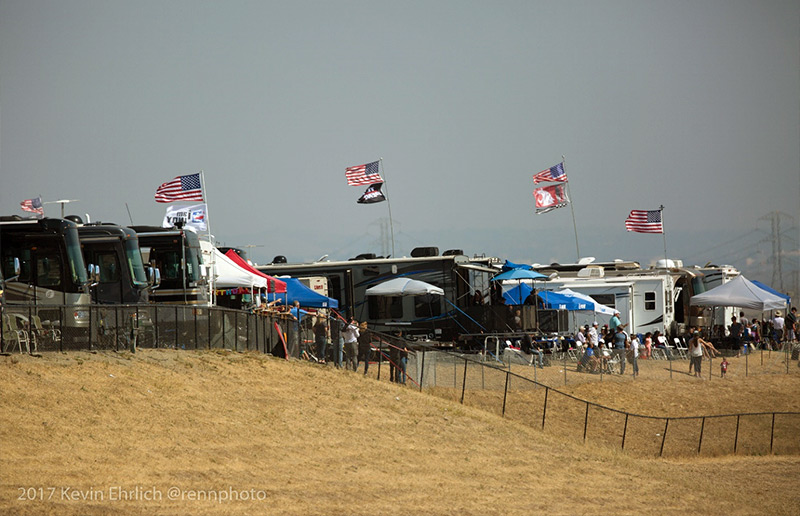 All lovely, but the trip to Sonoma signals the end of the 2017 campaign for the IndyCar series and for the Pirelli World Challenge series. Both kicked off their seasons in mid-March by sharing the bill at St. Petersburg, Florida. After multiple rounds for each at venues across the country, when both arrived at Sonoma, it was time to say farewell. 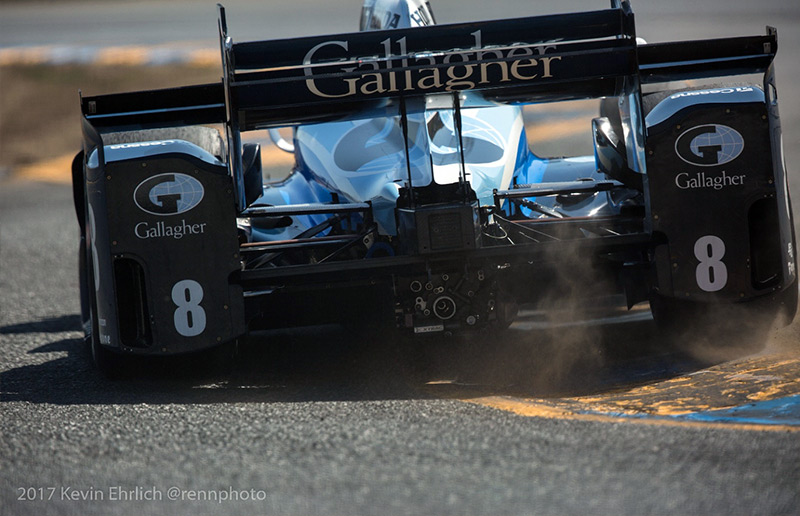 For the Indycars, the final double points round at Sonoma heralded the arrival of Josef Newgarden to the circle of champions. Newgarden had been in Indycar for several years, but moved to Penske Racing in 2017. He rewarded their faith with a strong run throughout the calendar in clinical Penske fashion. An atypical mistake at Watkins Glen in the previous round kept the championship hunt in contention heading to Sonoma. Once at Sonoma, however, Newgarden formally clinched the title by finishing second to team-mate Simon Pagenaud who won the race. 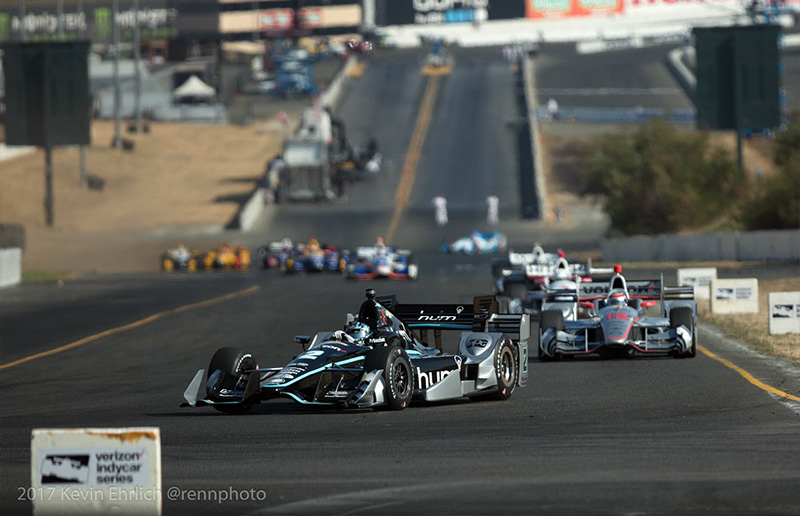 While Newgarden was in spotlight arrival mode, team-mate Helio Castroneves was likely running his last Indycar race at Sonoma and his last race as a full season Indycar driver. After 30 wins (including three Indy 500 victories) over a 20-year career, Castroneves is moving to drive with the new Penske Acura sportscar program. He may return for one-off Indy 500 appearances but as a full time Indycar driver – it was time to say au revoir. 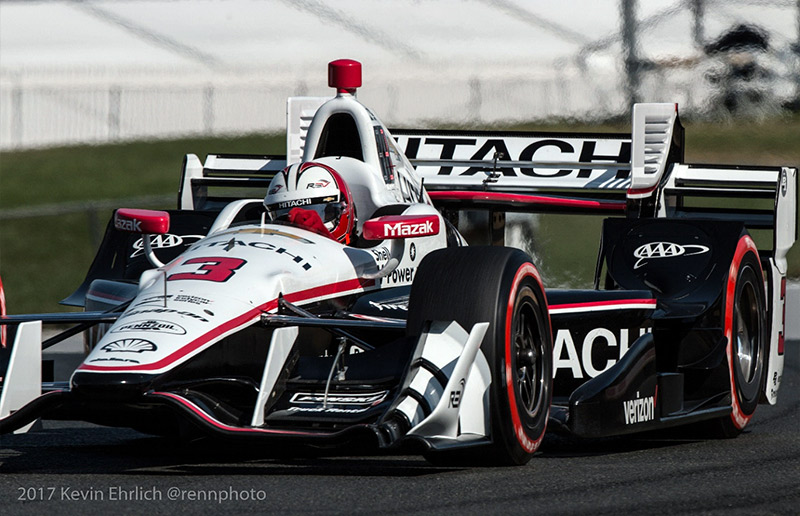 In the Pirelli World Challenge garage, there was considerably more uncertainty whether farewells were in order. Would the factory-backed Acura NSX program in 2017 give way to customer teams with different faces and liveries for 2018? Would the mighty Bentley Continentals be back in 2018 at all after missing Sonoma and Mi-Ohio and struggling in Austin? 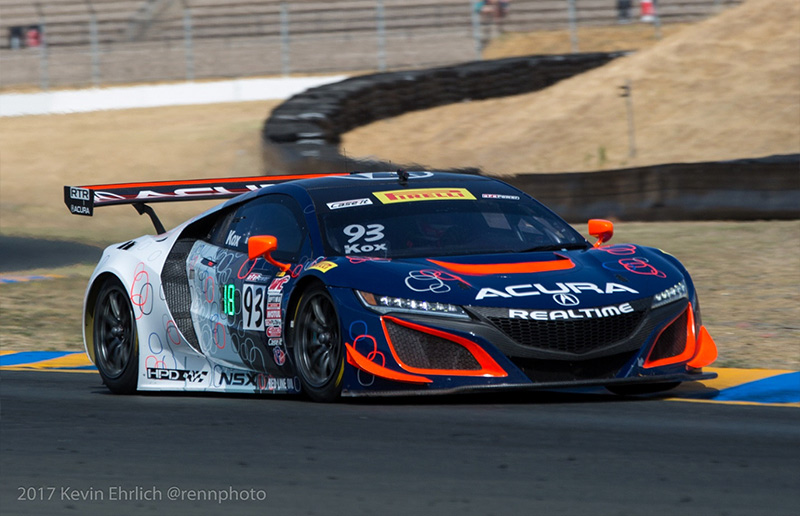 On track, Porsche’s Patrick Long claimed the GT class championship after nearly winning the title in 2016. The victory came as a well-deserved reward for the Californian who remains the only American Porsche factory driver. 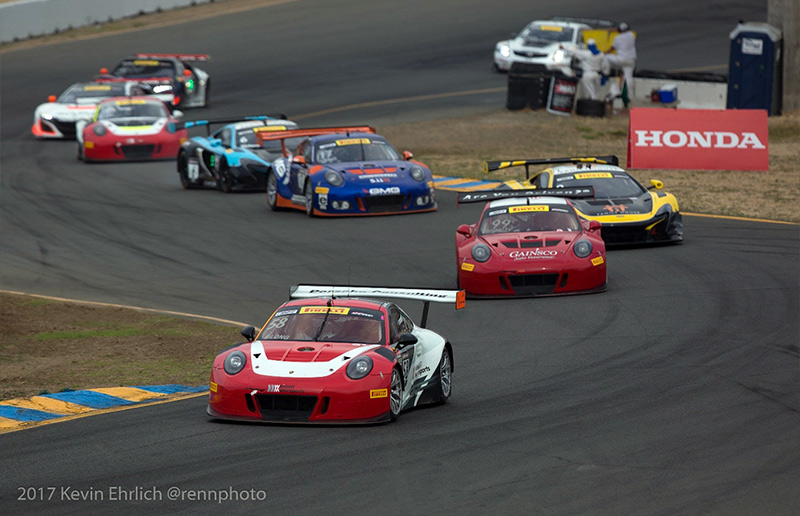 Michael Cooper swept the wins for the two races of the weekend in his Cadillac AST-V.R with very strong drives. Team-mate Johnny O’Connell, who won both races in 2016, had a much rougher weekend this time around. He suffered a heavy practice crash on Friday that destroyed his mount. The backup car, which happened to be busy posing for pictures in the Cadillac fan zone display, was pulled in for service. But it was going to be a long night, as the car hadn’t run since mid-2105. 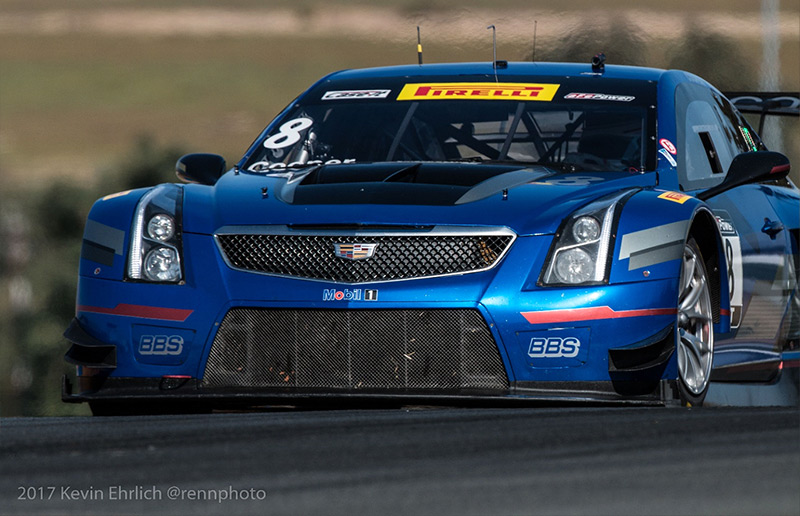 At the last race of the season, rumors and speculation always swirl through the garages, the grand stands and the media center about what the coming year may bring. There is always a sense of excitement and trepidation. In some cases, plans are known and announced. In other cases, announcements and news are revealed during the off-season. Thus, the racing spectator arrives at the track knowing that Sonoma might be the last time they will see a particular driver, team or marque. 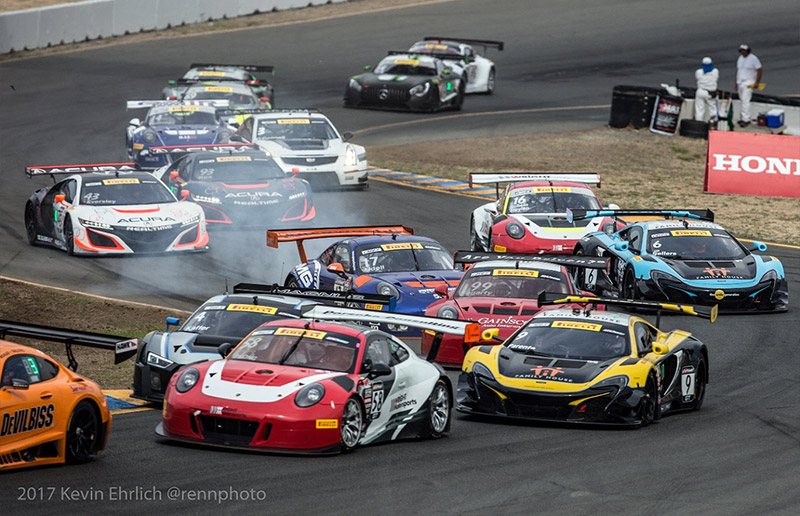 While all marveled at the Cadillac team’s performance and efforts get O’Connell back into the fight, those outside the team didn’t know that the plug would be pulled from the World Challenge program only days after Sonoma. After racing in factory-supported form in World Challenge since 2004, racking up dozens of poles, podiums and wins, and carrying some of the best-known road racing drivers, Cadillac announced it was halting World Challenge racing to focus on prototype racing. It was a shock announcement but factory racing budgets are not bottomless. There may be a return someday, but for now, it was time to say auf wiedersehen. 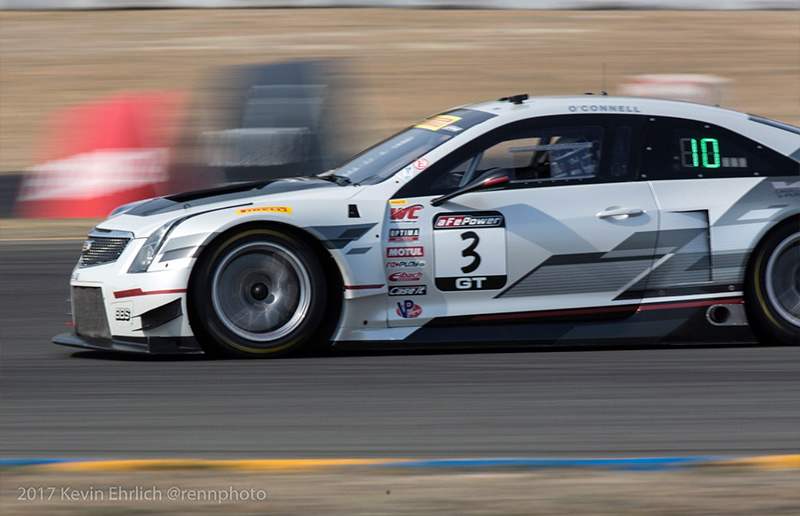 Sonoma Raceway always puts on a great show. How many other races can you think of that include an air show courtesy of the Patriots Jet Team? Not just a fly-by for the national anthem – this is a full-bore airshow. The Patriots are world-famous, featuring former Navy Blue Angel and Air Force Thunderbird pilots. They flew at the MCAS Miramar Airshow the next week which should give some idea of the quality of the show for the Sonoma Raceway spectators. Did we mention the flag for the national anthem was delivered by a sky diver? What a way to make an entrance. 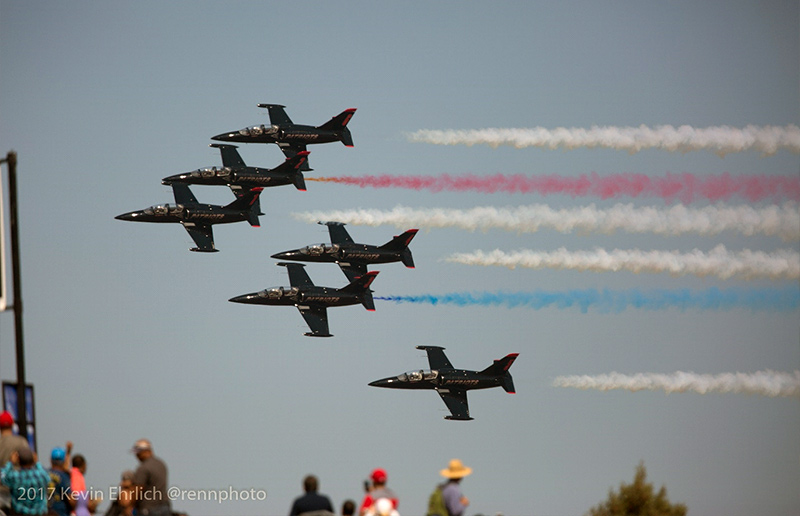 A weekend garage pass is available, but a standard ticket allows the fan to wander around the entire circuit. Shuttles are on-hand to give a lift from parking areas or to help get around more easily. 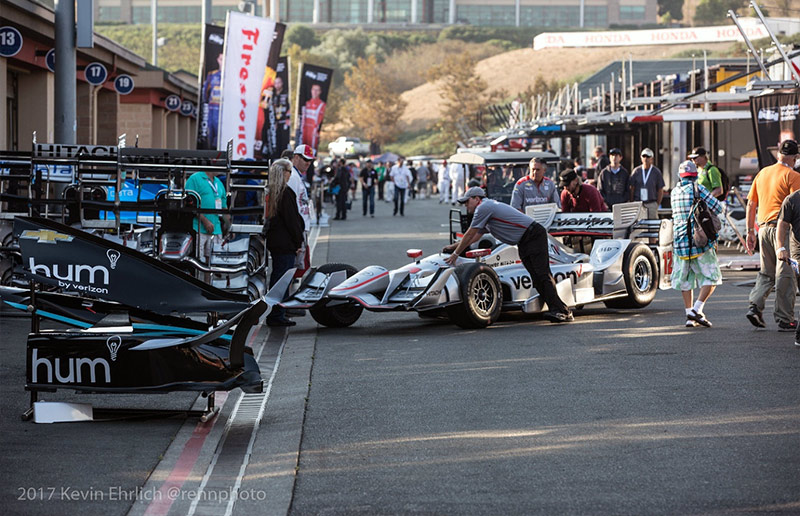 The weekend schedule is packed with many different classes of racing as well. Indycar is the headliner, but there is no lack of action. World Challenge features both GT and GTS classes with a wide range of different sportscars while the Porsche GT3 Cup is a single-marque dogfight. 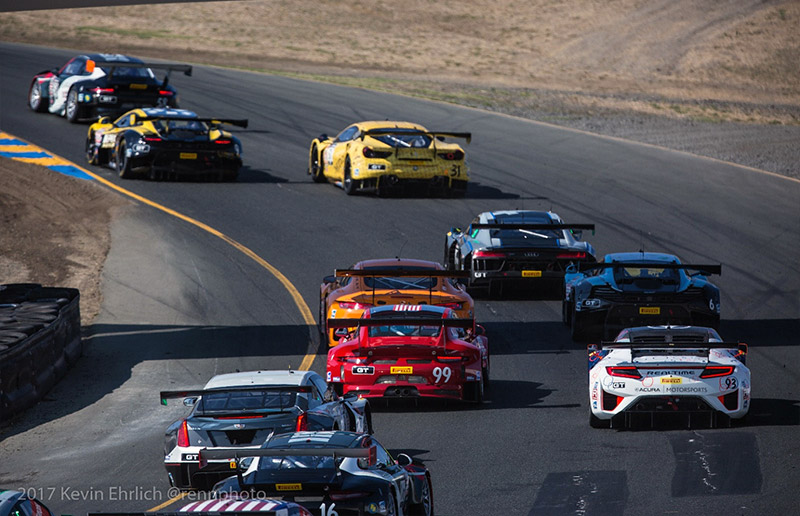 With the unparalleled location, Sonoma Raceway is easily accessible to most of California. San Francisco area residents can easily attend for the day. Southern California fans can flip a coin whether to fly or drive, with many flights running to San Francisco and Oakland. Even Sacramento is only about 80 miles away, making it viable as well. 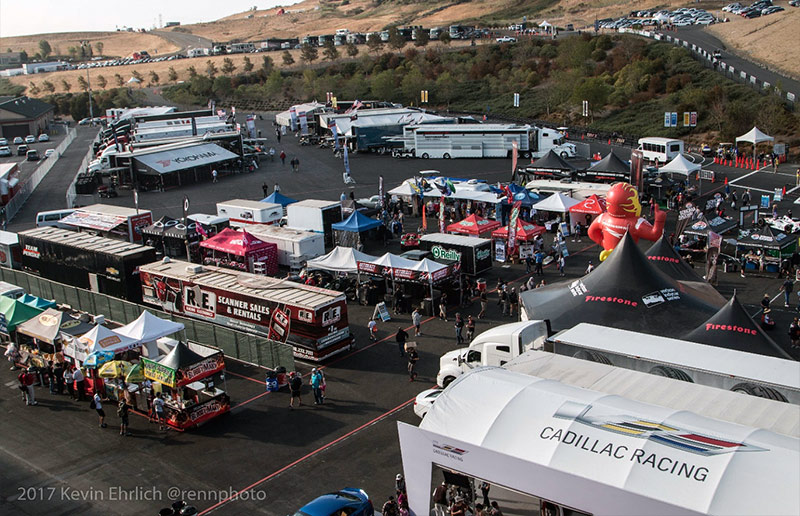 Grape vines are visible from the track, so the wineries are always a great option for those that want to visit a few days early or for those groups where some want to spend the day at the track and others want to find new friends of the white and red liquid variety. 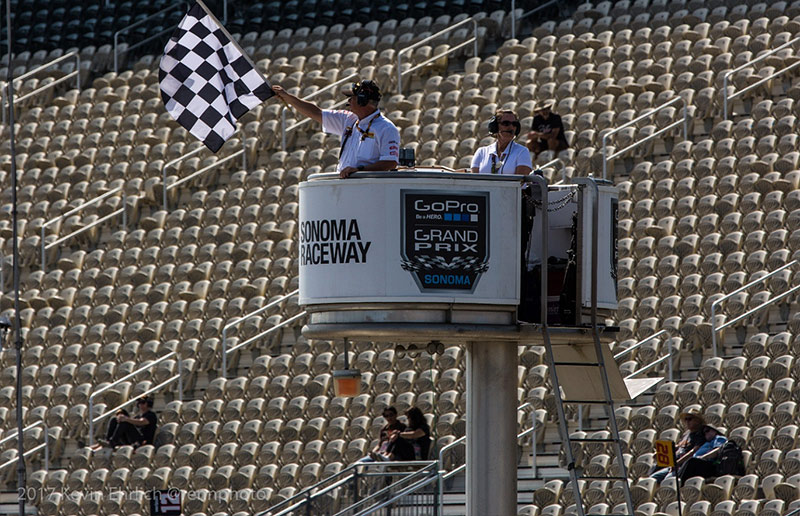 After three days of track action across many different series and classes, we tipped our cap to the 2017 champions, the Sonoma Raceway event winners, and to the track staff for their hospitality. Until next year, it was time to say “see you again soon” rather than goodbye.