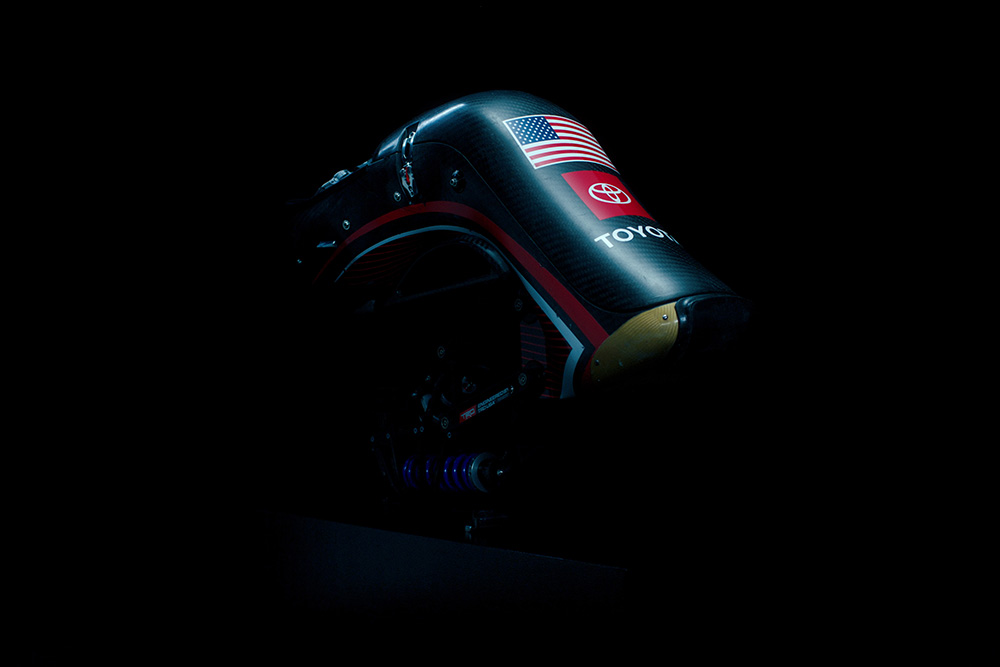 As part of Toyota’s ongoing commitment to the Paralympic Movement, the company is leveraging its U.S. racing arm – Toyota Racing Development USA (TRD USA) – to lend engineering and technology expertise to develop the first-ever Toyota Sit-Ski, a monoski available for use by U.S. Paralympics Alpine Skiing. Seven-time Paralympic medalist Laurie Stephens and two-time Paralympic medalist Andrew Kurka are the two Team USA alpine skiers who are set to compete in the Toyota Sit-Ski at the Beijing 2022 Paralympic Winter Games.

“In a quest to revolutionize mobility for the world and inspire the next generation of Paralympic athletes, we’ve teamed up with an all-star group at Toyota Racing Development USA for this special project,” said Lisa Materazzo, group vice president, Toyota Marketing, Toyota Motor North America. “There is no better global event than the Paralympics for Toyota to reinforce our passionate belief that everyone has the right to freedom of movement in an inclusive society and we can’t wait to see the athletes compete in the first-ever Toyota Sit-Ski.”

In celebration of the rig’s debut on the world’s biggest  stage, Toyota is giving sports fans and racing enthusiasts an exclusive, behind-the-scenes look at the development of the Toyota Sit-Ski project. The new multi-episode video series, created in partnership with Media.Monks, a global creative and production partner of Toyota in the United States, can be viewed at ToyotaSitSki.com.

“It’s an exciting collaboration that Toyota, TRD USA and U.S. Paralympics Alpine Skiing have had for a few years now. It will be an incredible moment when we see the Toyota Sit-Ski come down the hill for the first time in Paralympic competition given the team’s heart and soul that has gone into this project.” – David Wilson, group vice president and president, Toyota Racing Development USA

By applying lessons learned from their success on the racetrack, TRD USA has dedicated a diverse team of engineers and technicians to design a sit-ski from the bottom up. Development of the project has been ongoing with testing having first started back in the winter of late 2019. Five-time Paralympian Chris Devlin-Young lended his expertise to both TRD USA and U.S. Paralympics Alpine Skiing in testing out the sit-ski to provide feedback along the way. Project focus areas include the suspension system, seating position/fit, and mechanical changes based on the disciplines within para alpine skiing.

“There’s a lot of pressure on me especially going into Beijing to not only win but to represent my country and to set myself up for the future,” said Kurka, who is also a Team Toyota athlete. “I’m a very particular sit-skier because my life is on the line when I’m out there and I want to make sure that not only am I safe, but I’m fast. Win, lose or draw, the Toyota Sit-Ski is an awesome monoski.”

“It’s been fantastic to have Toyota and TRD USA in this partnership,” said Tony McAllister, associate director para-alpine high performance, United States Olympic & Paralympic Committee. “The athletes are going to be using the technology and what they feel underneath them is the most important thing. Toyota really enables our athletes to be at their best and they have so much fun skiing in the Toyota Sit-Ski.”