TGRNA Set to Support NHRA, Formula DRIFT and GT4 in 2022. 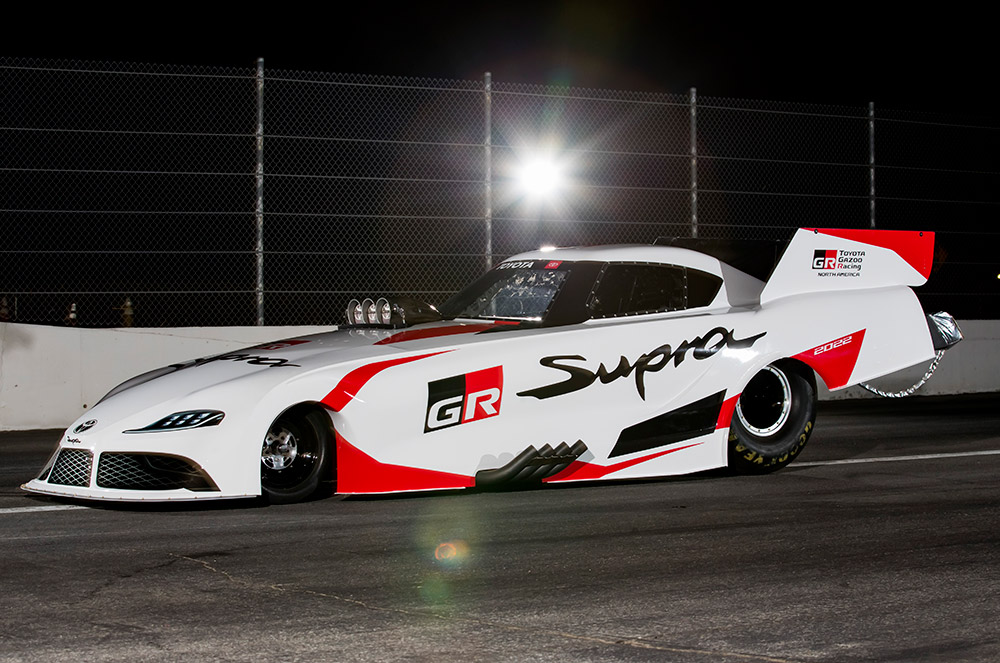 “The opportunity to introduce TGR North America to the NHRA community in 2022 and continue the support in Formula DRIFT and GT4 competition is a big moment for everyone involved in Toyota’s overall motorsports program. The ability to showcase the GR family of vehicles on the race track and ultimately be a part of applying racing performance to production vehicles is something that we all strive for through motorsports. Showcasing the capability of our race enthusiast engineers to our new and existing fan base of enthusiasts is the overarching goal of the program.” – Paul Doleshal, group manager, Motorsports and Assets for Toyota Motor North America

TGR’s focus in motorsports allows Toyota’s engineering teams the ability to push vehicles to their limits on the track, ultimately creating better engineers and ever better vehicles. TGRNA will focus on providing U.S. customers with performance sports cars, built by enthusiasts, for enthusiasts, and look to deliver excitement to fans of both cars and motorsports.

Toyota’s Formula DRIFT drivers will compete in the GR Supra along with the GR86 for the 2022 season while the GT4 drivers in IMSA and SRO will also field the GR Supra GT4. The GR badge on all these vehicles represents Toyota’s dedication to producing exciting, race-inspired vehicles. Only the vehicles that survive the grueling paces of development and track performance have earned the GR badge.

These racing series are the most ideal locations for TGRNA to enter North American motorsports as they are home to some of the most grueling forms of motorsports, coupled with the most passionate fans and participants.

The NHRA season begins on February 20 at Auto Club Raceway in Pomona, California. Formula DRIFT will kick off their season in Long Beach, California, on April 2, and the GT4 will take to the track for the IMSA schedule at Daytona International Speedway on January 29 and in SRO competition on February 25 in St. Petersburg, Florida.