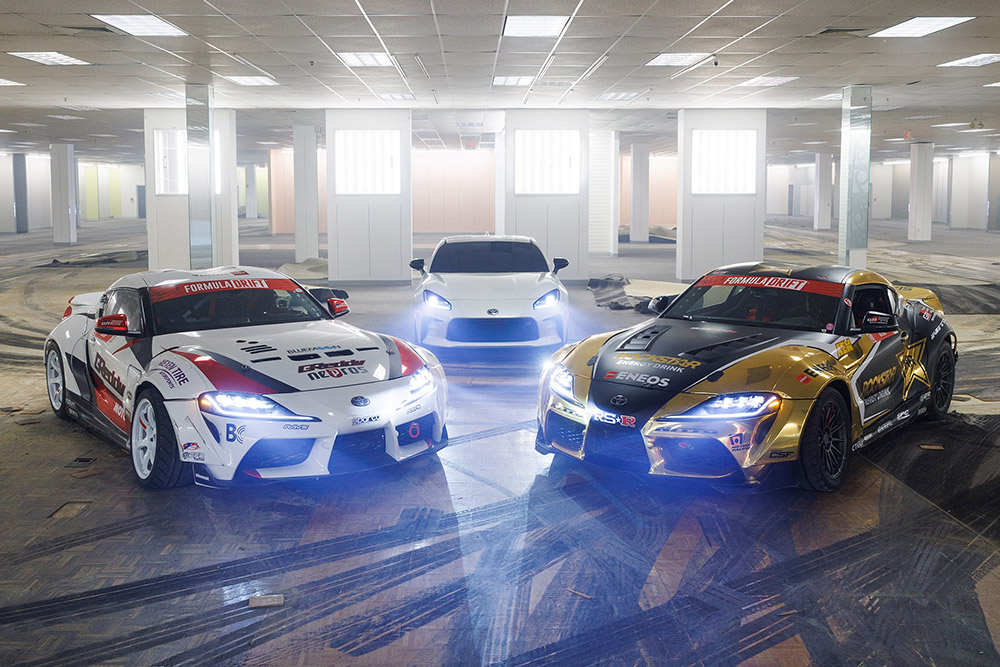 What if car commercials were just as exciting as the cars themselves? Toyota takes aim at that question in the latest installment of its “Pitch” series with “The Focus Group.” In this round, Toyota Gazoo North America Racing (TGR-NA) team drivers make precision maneuvers in race modified cars and a GR86 inside and around an abandoned shopping mall. But, as the suits step in and ask for a more subdued approach, the focus group quickly loses interest, and the drivers, they just keep being themselves.

Featuring the all-new 2022 GR86, drift racing versions of GR Supras and TGR-NA Drivers Frederic Aasbø, Ken Gushi and Jhonnattan Castro at the wheel, the cars whip between the mundane and fantastic. From a white-knuckle slide into a parking spot to a snooze inducing crawl into one, the drivers and customers alike yearn for the cars to show their true colors.

“The Focus Group” is a four-minute spot that was shot in the dusty corridors of an abandoned shopping center in the Chicago suburbs. Created by Sweatpants Media in partnership with Toyota Gazoo Racing, an intricate three-day shoot in frosty winter temperatures filled the empty spaces with the squeal of tires as professional drivers carefully navigated the mall hallways.

“After such a fun and successful shoot with Toyota for the Supra doing ‘The Pitch,’ we were excited to team up again to make a follow-up for the GR86,” said producer Elliot Blanco. “We wanted a unique location for this one, and we’re so lucky to have found an abandoned mall outside of Chicago. With the perfect location, amazing cars and amazing drivers, we were able to push them to the limit and make an incredibly epic film; we can’t wait for the next one!”

Sweatpants created both “Pitch” spots, directed by Alberto Blanco and creative director Mike Zeller, to show how the all-new GR86 symbolizes self-expression with a fun-to-drive, stylish sports car. In “The Focus Group,” authentic self-expression is exhibited through skilled driving and delighted focus group members. While mundane driving results in a case of instant boredom.