By: SEMA | Photos Courtesy of: SEMA 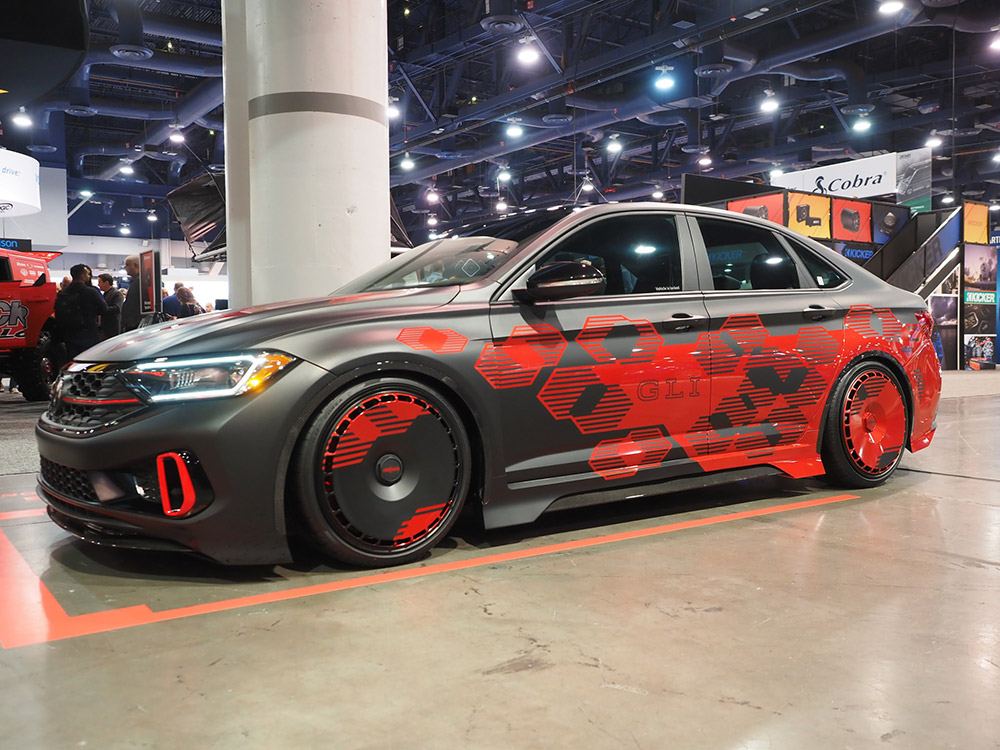 As one of the premier gatherings of automotive brands and the aftermarket industry in the nation, the SEMA Show has a history of being the venue for major OEM launches and announcements. This year is no different, with OEMs unveiling innovative and head-turning vehicles that make everyone at the show take notice. Some remain just wild concepts, while others hint at the future direction the OEM will take. A positive reaction from SEMA Show attendees can often spur an OEM to take what was a concept and push it into production. Let’s look at a few of the top OEM unveils and concepts from the 2022 SEMA Show and hope that some make it to the showroom.

Toyota upped its presence at the SEMA Show this year and had more vehicles on display than ever before. Chief among the unveilings was the Toyota Trailhunter Tundra Concept. One of the more unique aspects of the Trailhunter Tundra is that it isn’t an unattainable one-off like many concepts. Future Trailhunter vehicles will be available to anyone for purchase, making them ready for adventure straight off the showroom floor. Designed in-house by Toyota’s engineering teams, the Trailhunters integrate Toyota’s rapidly expanding line of Associated Accessory Products, making them capable OEM overlanding solutions. The concept Tundra uses Trailhunter-specific suspension, skid plates, roof rack, bumpers, lighting, fridge/freezer, rooftop tent and more, all specifically engineered with overlanding in mind. Toyota will also expand Trailhunter vehicles beyond the Tundra platform, giving those that love to explore even more options.

Toyota and the Toyota Motorsports Garage team wondered what they could achieve with a build budget of $10,000, two Toyota GR Supras and a dragstrip. The identically-built red-and-black 10-Second Twins Supras are the answer. Power levels were pushed to a staggering 620 horsepower and 590 lb-ft of torque via a Pure Turbo single turbo and CSF high-performance intercoolers. Titan Motorsports tuned the cars and added a 3.5-inch exhaust and cat-less downpipe. Larger and stickier Mickey Thompson 305/45R17 ET Street R rear tires and 26x6R18 S/R Sportsman tires wrapped around Weld Racing beadlocks help put all that power to the ground. Hawk brake pads reign in the speed with visuals and paint applied by Complete Customs. After a bit of fine-tuning, both cars have run sub-11-second quarter miles.

Orion differs from Simba with its Alu-Cab Canopy Camper, complete with a heater, 13.2-gallon water tank, National Luna 40-liter fridge/freezer and Goose Gear interior storage system. Neither is just for show, with Orion already logging over 7,000 miles during its Nordic on- and off-road journey.

The unveiling of the Charger Daytona SRT Concept turned lots of heads at the 2022 SEMA Show. A heavily-updated version of the original concept that debuted during Speed Week, the newer all-electric muscle car features a striking coat of Stryker Red Paint paired with a black roof and 18-inch carbon-fiber wheels. The visually appealing Charger Daytona SRT will also back up its good looks with plenty of power. Pointing to this concept will see production is Dodge announcing that it will come in both 400- and 800-volt models. The 400-volt models will produce up to 670 horsepower (500 kW) with multiple power levels available. The range-topping SRT Banshee 800-volt model numbers are still unknown but should match or exceed those currently produced by the 800-horsepower Hellcat gas engine.

The beautiful and swoopy Lexus Electrified Sport certainly grabbed lots of attention. Details about the concept were limited, suggesting it is more concept than near reality. Billed by Lexus as the spiritual successor to the iconic LFA supercar, the Lexus Electrified Sport symbolizes the future direction of the luxury brand. Lexus “envisions” a potential 0-60 time near two seconds and a range that could exceed 430 miles through the “possible” use of solid-state batteries. While potential production might be a ways off, it is a beautiful car that would be interesting to see come to fruition.

Lexus surprised many with two concept vehicles specifically built for overlanding. The Lexus GX 460 Overland Concept was built with Cruiser Outfitters and had many modifications that make it extremely capable and comfortable once the paved road ends. An Old Man Emu suspension system paired with Toyo Open Country MT tires wrapped around factory Lexus wheels smooths the ride. A full complement of CBI Offroad armor and bumpers protects the Lexus in the dirt. Inside the luxurious overlander is a Goose Gear drawer system and mount for the ARB fridge/freezer. On top is a Prinsu rack that mounts a Yakima SkyRise roof-top tent making the perfect spot to end a day of exploration.

The Nissan Sunny Leaf is a delightful “throwback” concept that blends the chassis of a right-hand-drive 1987 Nissan Sunny compact pickup with the electric powertrain of the Nissan Leaf. Built by Tommy Pike Customs, the Sunny’s original four-cylinder gas engine was ditched in favor of a Leaf S 147-horsepower electric motor with 236 lb-ft of torque. The 40 kWh battery box also sources from the Leaf S and sits in a new custom enclosure. Further tweaks are heavier-duty leaf springs and a front suspension from a Nissan 240SX to handle the increased weight. A Hakosuka Skyline-style wide-body kit adds visual appeal and helps to make room for the wider Toyo Extensa tires wrapped around 17-inch Rotiform wheels. Topping it all off is a retro Brock Racing Enterprises paint scheme replicating the livery of Nissan’s early racing efforts.

Built by Fosberg Racing, the Frontier Off Road V8 Concept blends many parts from the full-size Titan with the mid-size Frontier. Making its way between the Frontier’s frame rails is a V8 engine from its bigger brother. Wheel hubs, lower control arms, spindles and a rear axle from the Titan also add significant track width to the Frontier. Custom upper controls arms paired with NISMO/Bilstein coilver front shocks and custom rear leaf springs with NISMO/Bilstein reservoir shocks smooth the ride in the dirt. Clearing the larger 295/70/R18 Maxxis Razr MT tires on NISMO 18×9-inch wheels is a carbon-fiber wide-body kit with new fenders, bedsides and a hood. Prototype NISMO spare tire carriers, front bumper, rock rails and roof rack are also found on this Frontier blended with Titan parts.

Built by Volkswagen’s Design Center California, the GLI Performance Concept was designed to be as comfortable as a daily driver as it is on track. RacingLine Group upped the power to 350 horsepower and 372 lb-ft of torque via its Stage 3 Engine Upgrade Kit, complete with a cold-air intake, performance intercooler and turbo elbow. Improved braking and handling also come via RacingLine Group with a Stage 3 Brake Kit with carbon ceramic rotors, TrackSport coilovers and subframe braces. To match the looks to the performance of the modified GLI, Volkswagen Design Center California crafted custom front and rear bumpers, wide-body fenders, new valances and chin spoilers with multiple carbon-fiber touches throughout. The completed car rolls on 20-inch Forged GRZ Monoblock wheels with 255/30R20 high-performance tires.