The GR86 Earns the 2022 SEMA Sport Compact of the Year, Giving Toyota Back-to-Back Recognition at the Show’s Signature Event

By: Toyota | Photos courtesy of: Toyota 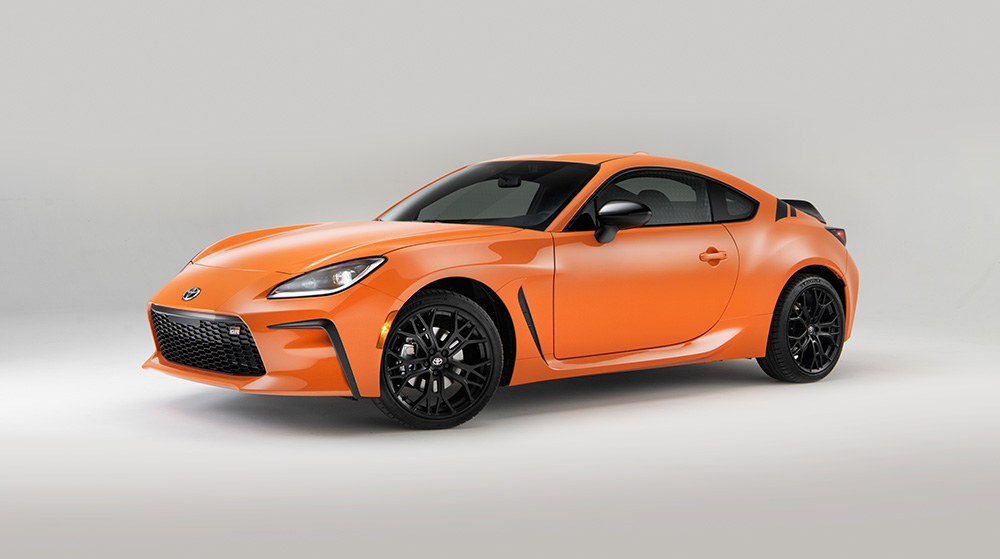 “SEMA congratulates Toyota on having the GR86 selected by SEMA Show exhibitors to win the Sport Compact of the Year Award,” said Mike Spagnola, SEMA president and CEO. “This year’s recognition and last year’s Toyota Supra and Tacoma awards validate Toyota’s reputation for quality performance vehicles and its commitment to the specialty market, once again proving Toyota’s collaboration with the aftermarket continues to create more options for consumers.”

Toyota is displaying an array of featured vehicles and build concepts, along with a variety of production cars, SUVs and trucks in its SEMA Show exhibit (Central Hall, Booth No. 22200) at the Las Vegas Convention Center Nov. 1-4, 2022. This new and expanded space further demonstrates Toyota’s belief in the automotive aftermarket and devotion to on- and off-pavement performance, excitement and adventure.

“We are honored to receive this significant SEMA Award, and it’s a great testament to not only our thrilling GR86 sports car but also the thousands of Toyota employees who work hard every day to deliver GR86s to our loyal customers,” said Lisa Materazzo, group vice president – Toyota Division Marketing. “It’s wonderful to earn back-to-back SEMA awards. Our relationship with SEMA and its member companies remains strong.”

On display are two special vehicles representing the GR86. At SEMA for the first time is the Toyota GR86 Cup Car, the dedicated steed for the all-new single make Toyota GR Cup racing series that debuts in 2023. Toyota also is showing the Toyota GR86 Daily Drifter, photographer Larry Chen’s vision of a drift car that resonates with fans of the purpose-built race cars competing in pro series like Formula Drift.

SEMA Provides Chance of a Lifetime for Businesses to Reach New Heights with Laun...