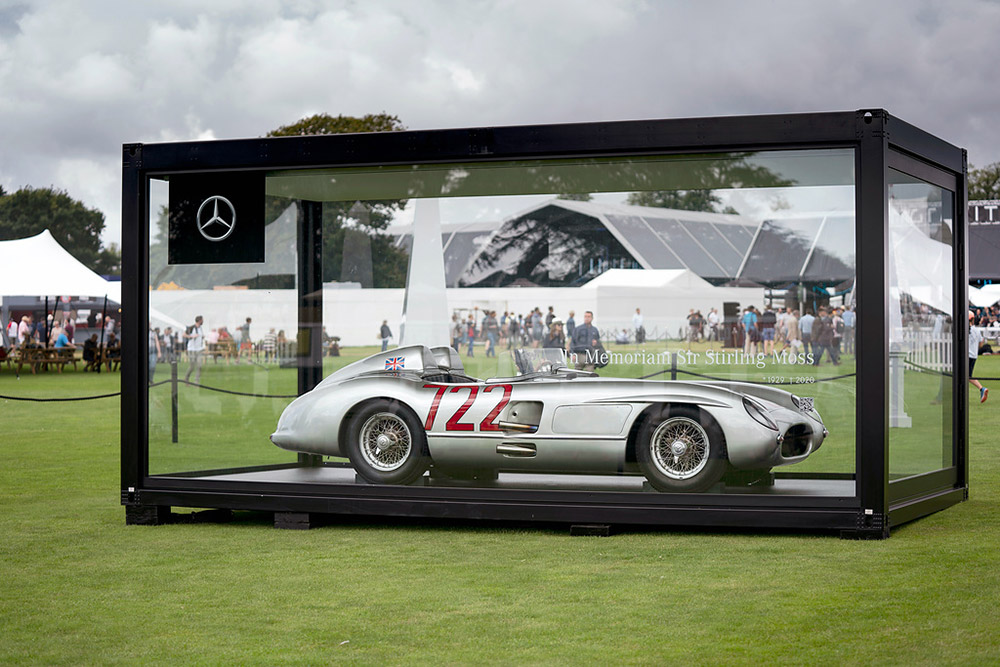 The Mercedes-Benz racing sports car 300 SLR “722” (W 196 S) will commemorate Sir Stirling Moss at the British Grand Prix from 16 to 18 July 2021 at Silverstone. Mercedes-Benz Classic presents the car in the F1® Fan Zone in the infield of the English circuit in a glass display cube, complemented by historical film recordings. It is the original 300 SLR with which Stirling Moss and Denis Jenkinson won the Mille Miglia 1955, in the best time ever achieved – perhaps the greatest triumph in the careers of both motor sportsmen. The British Grand Prix was also won by the legendary English racing driver Stirling Moss – in 1955 (with Mercedes-Benz) and 1957 (Vanwall, together with Tony Brooks).

Visitors to the Formula One race at Silverstone will have access to the Mercedes-Benz Classic digital book of condolence for the racing driver who died in 2020. The interactive document can be accessed via a QR code on the glass cube in Silverstone or under www.mercedes-benz.com/stirlingmoss and www.mb4.me/stirlingmoss.