The iconic livery will be used for future special edition models 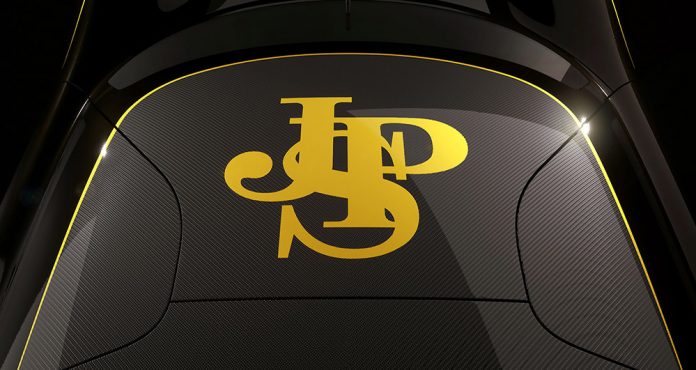 Radford, the global luxury coachbuilding brand with a British heart and soul, has today announced the acquisition of a US trademark for one of the world’s most iconic race liveries, John Player Special (JPS). The trademark of the livery is now owned by Radford in the US, and will be used on future Radford models.

The John Player Special livery is one of the most famous and significant racing car liveries. Its legendary black and gold colour scheme is most instantly recognisable from the bodywork of the Lotus Type 72D which Emerson Fittipaldi raced to five victories and championship victory during the 1972 Formula 1 season.

The JPS livery was present on Lotus Formula 1 cars until 1986 and the Lotus 98T driven by the legendary Ayrton Senna – it epitomised the glamour era of motor racing in the 1970s.

“The acquisition of the JPS livery trademark is a clear statement of intent from Radford. We are an emotive brand steeped in British history and heritage. Adding one of the world’s most iconic racing liveries to our armoury, reinforces that. We’ll be using this livery in various guises in the coming years, on future Radford models, which we can’t wait to show the world.” – Radford CEO, Dan Burge

“We’re so excited to have acquired this trademark. John Player Special is, without question, one of the most iconic racing liveries ever to grace a Formula 1 car. For me, it conjures images of the ‘Golden era’ of Formula One racing, adorning cars driven by heroes such as Emerson Fitipaldi and Ayrton Senna. Legends that inspired me to want to become a racing driver. We can’t wait to show you where this livery is going to be used, but expect to see it appearing on Radford cars in the near future. The sort of cars which evoke the great racing pedigree that these liveries bring with them.” – Jenson Button

Radford recently announced a partnership with British sports car manufacturer Lotus. The company announced its first car ‘Project 62’ will be ultra-exclusive and based on Lotus technology. It will be inspired by the Lotus Type 62, and only 62 cars will be produced. Already in advanced development, the bespoke Radford model will be fully revealed in the coming months.