New McLaren Trophy Championship will feature bespoke Artura race car, based on the Artura GT4 but with more power and downforce: the Artura Trophy. 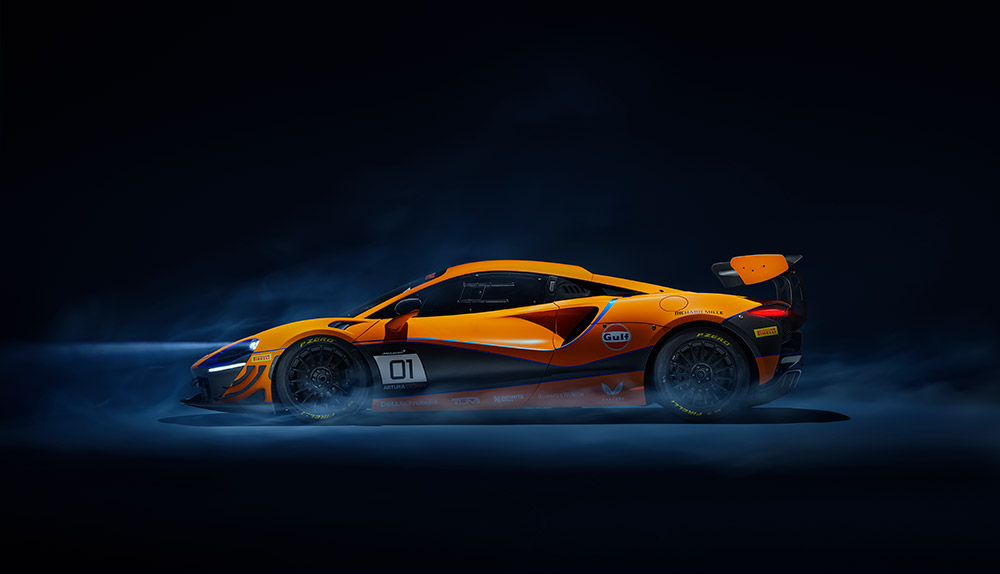 McLaren Automotive, the luxury supercar manufacturer, today announces the McLaren Trophy, a new racing championship designed to challenge and develop Pro-Am driver pairings within a sociable environment at some of Europe’s best racing circuits alongside Fanatec GT World Challenge Europe powered by AWS events when the series makes its debut in 2023.

McLaren Automotive is firmly established as a front-running force in GT racing, with the 720S GT3 and 570S GT4 – the latter soon to be replaced by the new Artura GT4. The Artura will be central to this new one-make supercar championship for aspiring and established professional and amateur GT pairings.

The Artura Trophy also shares much with the highly acclaimed McLaren Artura road car, including the McLaren Carbon Lightweight Architecture (MCLA) which makes it incredibly rigid and safe. Allied to the all-new 120-degree twin turbo V6 engine – freed from BoP regulations to its full 585PS in the Artura Trophy – it is sensationally fast in a straight line. With all BoP weight also removed and an enhanced aerodynamic package – which includes a high-downforce wing – it is supremely agile in both low and high-speed corners. An enhanced exhaust system means that it will sound just as spectacular as it looks.

Unlike the road car, the Artura Trophy will run combustion-only power in order that owners will also be able to easily convert their cars to GT4-specification by adjusting the engine management software and changing the aerodynamic package. This means that they will also be able to compete in GT4 race events without needing to purchase a new race car.

The similarity to the Artura GT4 also means that the Artura Trophy’s astonishing capabilities are accessible to amateur drivers. It is also designed for serviceability, with an adjustable Bosch engine management system, inboard radiators and a rear deck that can be lifted away without needing to remove the rear wing.

“I’m really looking forward to seeing the new Artura Trophy car in action. From my experience in both motorsport and at McLaren I genuinely believe that this is a great race car and a massive step on from anything we’ve ever produced before for this type of championship. There’s nothing that exists currently to offer the same prospect to aspiring or professional and amateur GT drivers and already we’ve had huge interest in both the new car and the championship.” – Ian Morgan, Director of Motorsport, McLaren Automotive

Cars will be run by independent teams with the existing 570S Trophy cars also eligible for the series. Many of these cars are owned by competitors from the previous Pure McLaren GT Series and McLaren looks forward to welcoming them to this new championship, where the 570S Trophy cars will compete for class wins and championships in 2023. While this car is no longer in production, McLaren Customer Racing continues to support owners and teams with replacement parts and technical backup.

Premium paddock experience
While the on-track action is expected to be fiercely competitive, McLaren Trophy drivers will enjoy a relaxed and sociable paddock environment promoting their involvement within the McLaren family.

Included within this is a McLaren Concierge service aimed at providing a seamless experience including hotel bookings and transfers, ensuring that the competitor’s focus is entirely on their on-track performance.

Central to the paddock is the McLaren race centre, which takes inspiration from the McLaren Formula 1 team, where drivers can entertain friends, family, sponsors and team managers, host meetings or simply relax. Competitors will also benefit from the racing paddock environment experienced by the fortunate few who race for McLaren.

Iconic circuits and high-profile events
The new championship will join the Fanatec GT World Challenge Europe powered by AWS bill and will be branded McLaren Trophy, Europe, placing the competitors in front of GT teams, drivers and fans and making it an ideal destination for McLaren owners and supporters. Races will also be streamed live in professional broadcast quality.

Race weekends will begin with two 60-minute practice sessions on the opening day to give the drivers the best opportunity to prepare for the two races ahead. Each race day will follow the same format, with a 15-minute pre-qualifying session, 15 minutes’ qualifying, followed by a 50-minute race with mandatory pit stops for driver changes. For Pro-Am pairings, the Am driver must qualify the car and start the races, putting them at the centre of the action.

Both the Artura Trophy and 570S Trophy cars will benefit from high-performance tyres supplied by tyre partner Pirelli, using its extensive experience in both Formula 1 and GT racing.

The inaugural McLaren Trophy season will feature five races at iconic Grand Prix circuits including Paul Ricard, Hockenheim and Barcelona, with a round on the bill of the famous Spa 24 Hour race.