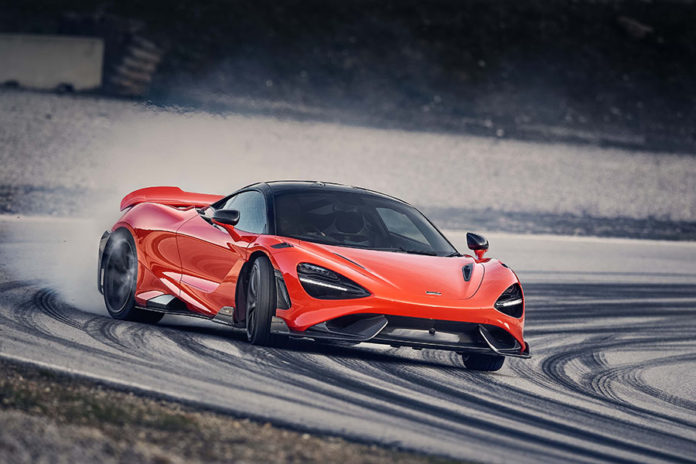 The order book for the new McLaren 765LT, which was unveiled at the beginning of March, has officially opened in North America with confirmation of specification and pricing. Just 765 cars will be produced worldwide.

McLaren retailers are already reporting significant interest in the limited volume 765LT. The recommended retail price of $358,000 (US), which includes approximately $50,000 of comparable cost options on the 720S coupe, helps to highlight the significant value proposition in the 765LT.

The 765LT will come standard with the following:

Additionally, there is significant scope to make each 765LT even more unique to individual customer preferences. This includes a wide range of MSO Defined and MSO Bespoke options that are available at an additional cost.

The 765LT opens a new, fourth chapter of the McLaren Longtail story. Following in the tire tracks of the coveted 675LT – which reintroduced the ‘Longtail’ name in 2015 – and more recently the 600LT models, the 765LT embodies LT characteristics that have their roots in the legendary McLaren F1 ‘Longtail’ race cars of the late-1990s: driver engagement, increased performance, lighter weight and track-focused dynamics. Limited availability has also become established as a McLaren LT core credential.

An increase of 45bhp and 22lb ft combines with a 176lbs reduction in DIN weight to deliver a significant power-to-weight uplift over the 720S. Those stats combined with track-tuned suspension and 15% quicker in-gear acceleration makes the 765LT the most advanced and most rewarding McLaren LT yet.