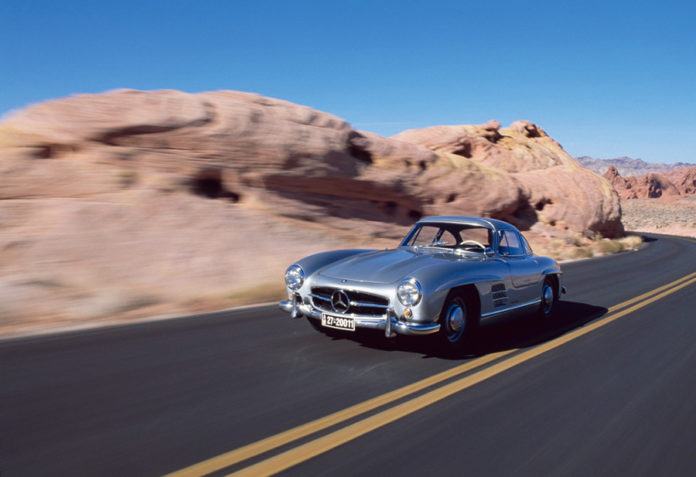 It is a very impressive figure: Precisely 17,610 readers of the specialist magazine voted in the prestigious Motor Klassik Awards 2020. For many years an ever-increasing number of classic car fans have taken part in this poll – compared to 2019 the figure rose by almost exactly 1000 readers. “Motor Klassik” has been in publication since 1984. “The magazine has a loyal and knowledgeable readership. I am therefore all the more pleased that Mercedes-Benz has once again done well at the Motor Klassik Awards,” says Christian Boucke, Head of Mercedes-Benz Classic. “We appreciate the first place finishes for our 300 SL dream sports car and Mercedes-Benz genuine replacement parts.”

Mercedes-Benz 300 SL (W 198): The “Gullwing” came out on top in 2020 with 29.4 per cent of readers’ votes in category C – “Classic Sports Cars”. The magazine greatly modified the categories for this year’s readers’ poll. Unlike in previous years, there was no longer voting by decade. Instead the classic sports cars suggested by the magazine range from 1927 to 1966. “Motor Klassik’s” characterisation of this category: “Glorious – these sports cars always have a bit of motorsport history in them.” The expansion of voting options to many decades makes the victory of the 300 SL even more valuable. “auto, motor und sport” rated it with these words all the way back in 1955: “The Mercedes-Benz 300 SL is the most accomplished and fascinating sports car of our age – a dream of a car.” This assessment has not changed to this day. In fact, an international jury selected the “Gullwing” as the “Sports Car of the Century” in December 1999. The Motor Klassik Awards 2020 impressively underlines the fact that, two decades later, it still holds the top position.

Ten years ago, the most modern moving-base driving simulator of its time commenced operation
Read more