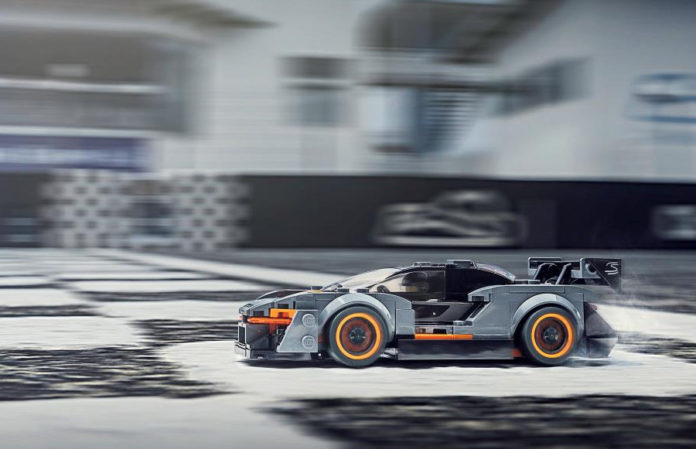 McLaren Automotive’s latest Ultimate Series model to bear the legendary Senna name offers the purest connection yet between man and machine – without having to venture further than the kitchen table.

The most extreme track-focused road car built by McLaren has been brought down to size, with interlocking plastic bricks replacing carbon-fibre, for the new McLaren Senna LEGO® Speed Champions edition. Like the real thing, the collectible model promises hours of engaging fun – although in this case for gearheads age seven and up. 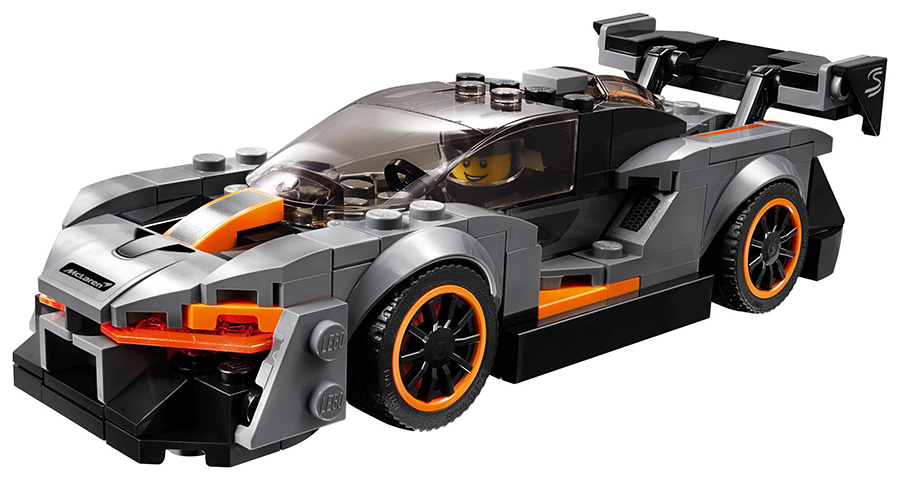 Each full-size McLaren Senna takes close to 300 hours of painstaking hand assembly at the McLaren Production Centre in Woking, Surrey, UK. The LEGO® Speed Champions Senna will also be hand-assembled – probably many times over – but the 219 pieces in each 5in-long model go together more quickly.

The latest in a sought-after line of LEGO® McLarens, the kit includes one thing that not even the real Senna comes with: its own buildable wind tunnel. For a car that can generate an amazing 1,763.7lbs of downforce at 155mph, it is just the thing for junior aerodynamicists to check out the Senna’s exceptional aerodynamic properties. The model of course features the front splitter, roof snorkel, diffuser and giant rear wing without which no McLaren Senna would be complete.

Finished in Victory Grey with contrasting orange highlights, the model even comes with a set of interchangeable wheel rims, a removable windscreen and its own minifigure driver. Attired in a McLaren race suit complete with Pirelli partnership logo, the minifigure shows the amazing attention to detail that LEGO® achieves with its Speed Champions series.

With a recommended retail price of $14.99, you could buy more than 50,000 McLaren Senna LEGO® Speed Champions models for the price of one real McLaren Senna – if you could acquire one. The run of 500 Sennas, at $958,966 each, was assigned soon after the car was announced. 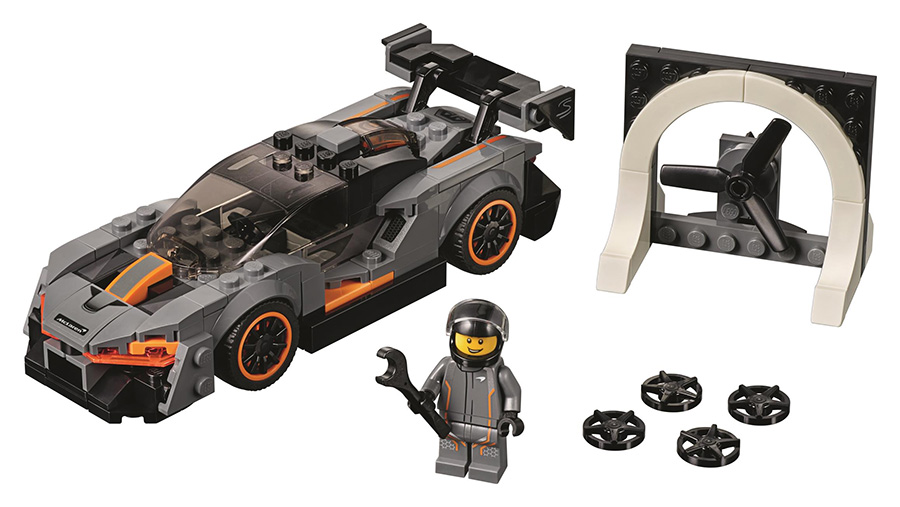 The LEGO® Speed Champions versions of both the McLaren P1™ and the McLaren 720S quickly sold out and are now no longer available, so young fans of the Senna are urged to move quickly to secure one.

The new model, like the full-size car, is named after the late Formula One World Champion Ayrton Senna, who achieved each of his three Formula 1 World Championships in a McLaren. The car that bears his name, officially unveiled at the Winter Ball in 2017, is the lightest, most track-focused yet road-legal car McLaren has ever built. Boasting 789hp from the 4.0-liter turbocharged V8, the Senna can accelerate from 0-60mph in just 2.7 seconds.

Recreating such a McLaren performance giant for the creative amusement of young supercar enthusiasts is just the latest in a series of collaborations between McLaren Automotive and the iconic Danish toy manufacturer.

This is the McLaren Senna GTR! And today we are sending it full speed with pro-driver Kenny Brack
Read more

This is the McLaren Senna GTR! And today we are sending it full speed with pro-driver Kenny Brack
Read more
Feature Videos

I get behind the wheel of the super rare Speedtail, which has just been delivered to Tomini Classics in Dubai
Read more
Automotive News

Has set the fastest ever production-car lap record for four major US automotive publications.
Read more