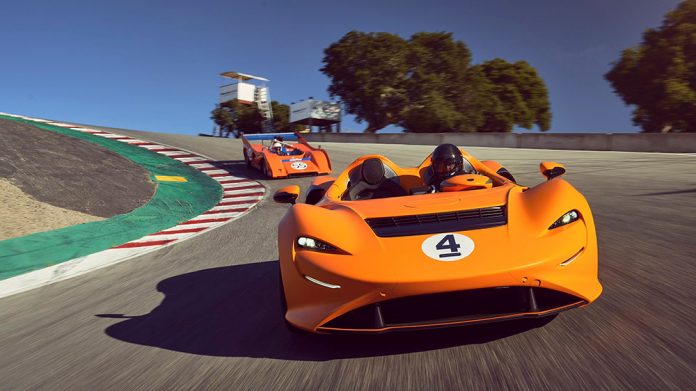 Racers Bruce McLaren and Denny Hulme both originally made their mark on the circuits of the 1960’s at the wheel of the potent McLaren M1A, a car that paved the way for McLaren’s global success in both Can-Am racing and road cars.

‘’Everything about McLaren is authenticity, Elva represents that in the purest and most perfect sense from both the driving dynamics and design to the technology that’s in it.’’ – Ansar Ali, Managing Director, McLaren Special Operations

This latest video is the second of three celebrating the exhilaration and connection to the elements experienced by drivers of the new McLaren Elva. The first featured IndyCar driver JR Hildebrand at the wheel of an Elva with an optional windshield and can be viewed here: https://www.youtube.com/watch?v=YZBXtb5Awco

‘’It provides the purest sensation of connection to the road, it excites all your senses from smell, to taste, to the feeling through the steering wheel. It’s the most incredible machine for the A to A journey, just getting out and driving like nothing else matters.’’ – JR Hildebrand, IndyCar Driver