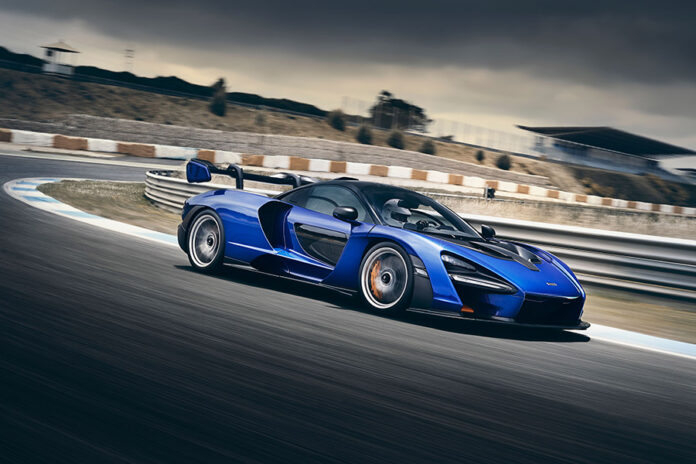 The McLaren Senna has completed a historic ‘clean sweep’ by breaking four production-car lap records in the hands of major US automotive publications. The Senna was designed, engineered and developed with a single-minded purpose: to be the ultimate McLaren track-concentrated car for the road. Initially, the Woking design team set out to produce a vehicle capable of setting the best lap time of any road-legal McLaren so far and its US performances are a testament to that focus.

It continued its success at NCM during Road & Track’s ‘Performance Car of the Year 2019’ delivering the fastest PCOTY lap-time ever. The Senna completed the 2-mile NCM West Circuit in 1:23.34 and was described as ‘mind-warping’ by those who drove it. On turn 4, the fastest point on track, it recorded an impressive lateral g-force of 1.64g’s.

The McLaren Senna also made history at Car and Driver’s ‘Lightning Lap 2019’, becoming the fastest car they have ever lapped in the 13 years, and 263 cars, of the competition’s history.  The Senna completed a lap of the 4.1-mile Grand Course at Virginia International Raceway in only 2:34.9, making it also an unofficial VIR record holder. The Senna proved its track prowess by reaching a top speed of 172.9mph on the front straight, 1.23g’s of lateral acceleration in Turn 1, and posting an average speed of 134.5 mph.

Finally, Motor Trend included the Senna in its selection for ‘Best Driver’s Car 2019’ where it became the first production-car to lap Weather Tech Raceway Laguna Seca in under 1:28, finishing in 1:27.62. Not only was the Senna triumphant on the circuit, it also competed in ‘World’s Greatest Drag Race 9’ finishing 1.12 seconds faster than its competitors over the quarter mile at 10.08 secs, and 2.03 seconds faster, at 15.65 secs, in the half mile distance – reaching a top speed of over 171mph.

True to the legendary abilities of one of McLaren’s greatest racers, Ayrton Senna, every element of the McLaren Senna has an uncompromising performance ethos and a raw focus that delivers the purest connection between driver and car.  The McLaren Senna deliberately compromises McLaren’s trademark breadth of supercar daily usability to deliver the most intense circuit experience of any road McLaren – proven in its track success.

Production of the McLaren Senna was completed in 2019, with all vehicles being hand-assembled at the McLaren Production Centre in Woking, Surrey, England.

The New McLaren 765LT to Get Special Performance Shoes from Pirelli