Jaguar E-Type Zero: The Most Beautiful Electric Car in the World 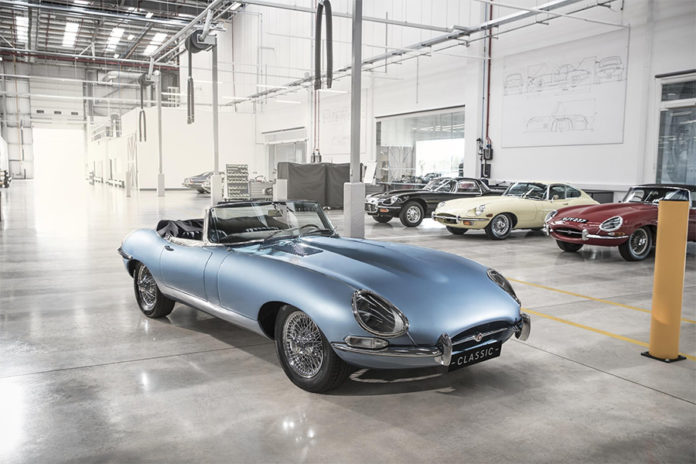 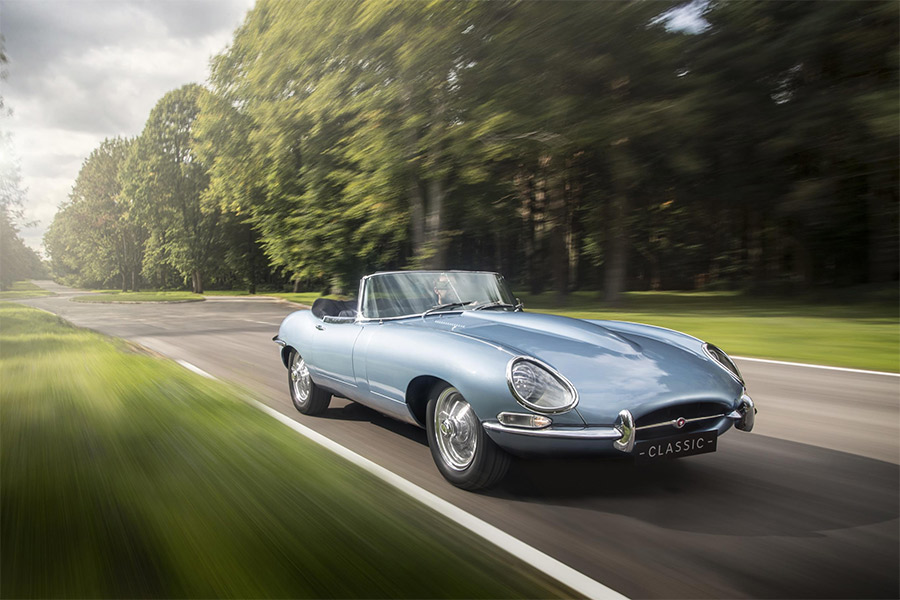 “Our aim with E-type Zero is to future-proof classic car ownership. We’re looking forward to the reaction of our clients as we investigate bringing this concept to market.” 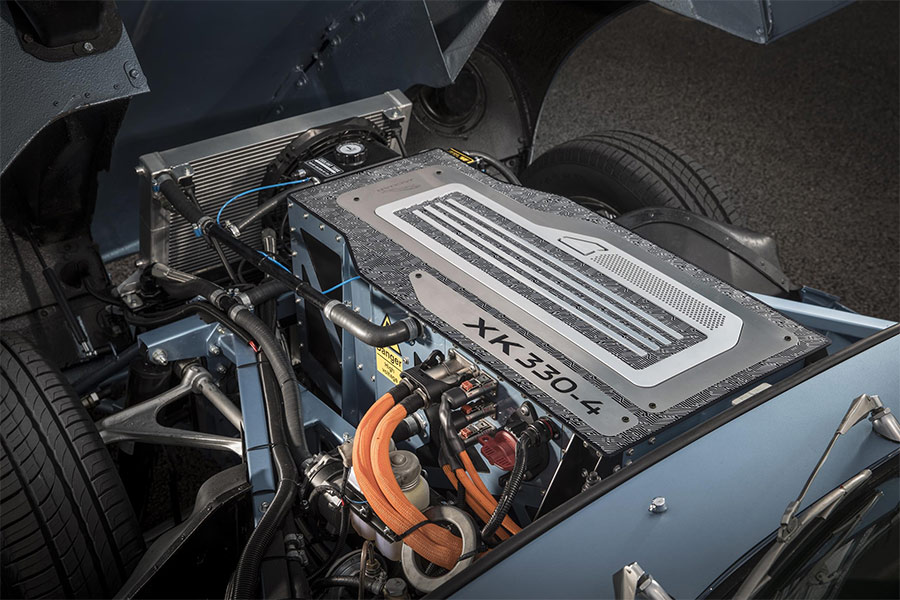 The Jaguar E-type Zero not only drives and looks like an E-type, it also offers outstanding performance. It’s quicker than an original E-type: 0-100km/h (62mph) takes only 5.5sec, about one second quicker than a Series 1 E-type.

Tim Hannig said: “In order to seamlessly combine the new electric powertrain of E-type Zero with the dynamic set-up of the original E-type specification, we have limited the vehicle’s power output. We believe this provides the optimum driving experience.” 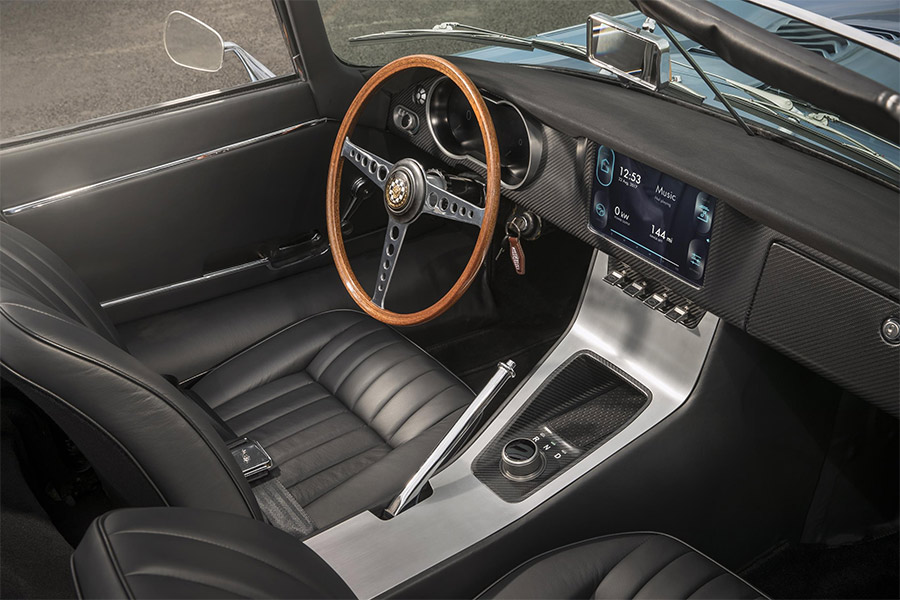 The E-type Zero vehicle, displayed at Tech Fest, is a restored Series 1.5 Roadster. It’s totally original in specification, apart from its 21st century state-of-the-art powertrain and modified instrumentation and facia – although these are also inspired by the original E-type. LED headlights are also used to achieve energy efficiency. Again, they adopt the styling theme of the original Series 1 E-type.

An electric powertrain developing 220kW has been specially designed for the E-type Zero. Its lithium-ion battery pack has the same dimensions, and similar weight, to the XK six-cylinder engine used in the original E-type. The experts responsible for developing the electric powertrain have ensured it will be placed in precisely the same location as the XK engine. The electric motor (and reduction gear) lies just behind the battery pack, in the same location as the E-type’s gearbox. A new propshaft sends power to a carry-over differential and final drive. Total weight is 46kg lower than the original E-type. 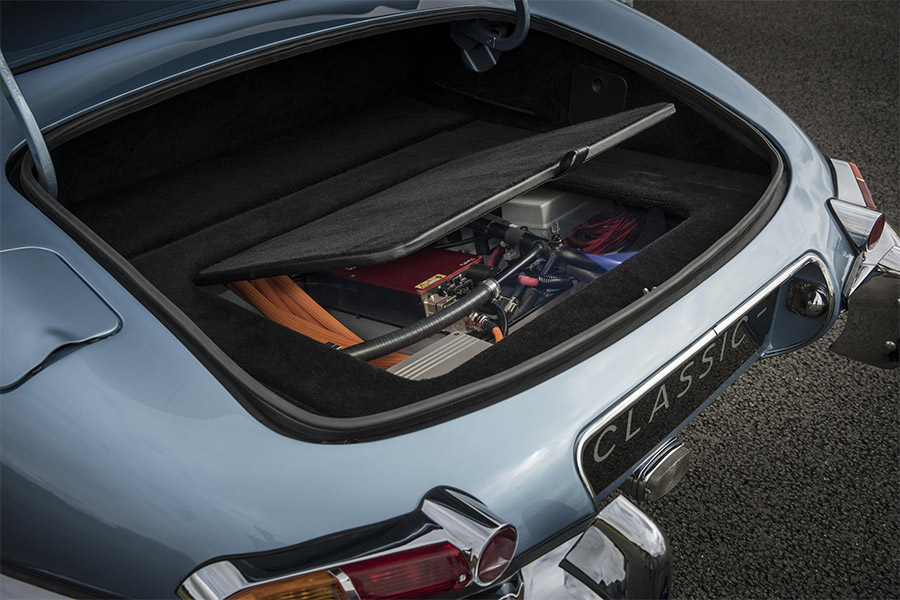 Using an electric powertrain with similar weight and dimensions to the outgoing petrol engine and transmission means the car’s structure, including suspension and brakes, has not changed, simplifying the conversion and homologation. It drives, handles, rides and brakes like an original E-type. Front-rear weight distribution is unchanged.

Tim Hannig said: “We have integrated the new electric powertrain into the existing E-type structure, which means a conventional engine could be reinstalled at any point. We think this is essential as it ensures a period Jaguar remains authentic to its DNA.” 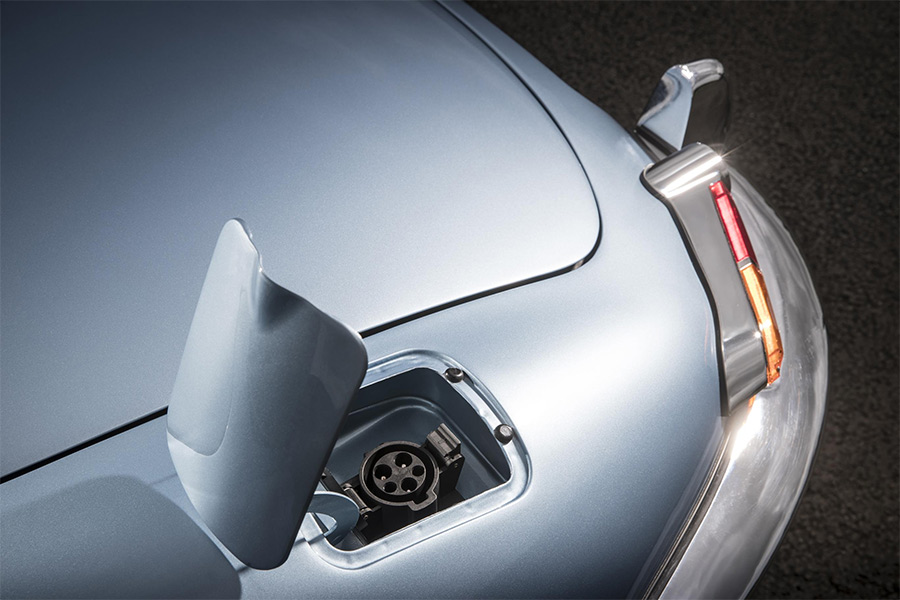 The XK six-cylinder engine was made from 1949 until 1992, and was fitted to nearly all iconic Jaguar models of that period, including the E-type, XK120, Mk2 and XJ6. The new electric powertrain could be used in any of these vehicles.

Tim Hannig said: “We could use this technology to transform any classic XK-engine Jaguar.”

‘The most beautiful car ever made’

The E-type, launched in 1961, has regularly been voted the best-looking car of all time. Even Enzo Ferrari called it “the most beautiful car ever made”. 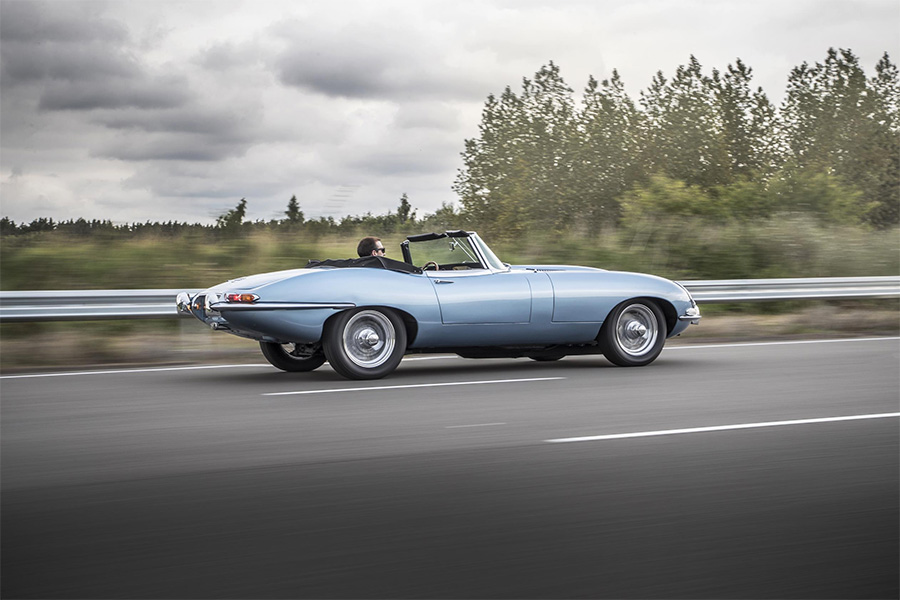 The E-type Zero has a ‘real world’ range of 270km (about 170 miles), helped by the low weight and good aerodynamics. It uses a 40kWh battery, which can be recharged from home overnight (typically in six to seven hours, depending on power source).

The Jaguar Land Rover Tech Fest, where the electric Jaguar E-type is unveiled, is being held at Central Saint Martins, University of the Arts London. The media day is 7 September and it is open to the public from 8-10 September.