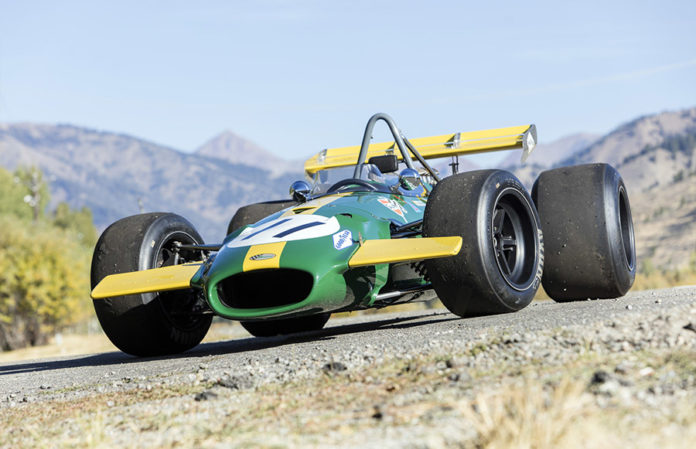 Bonhams is delighted to announce that the 1969 Canadian Grand Prix-winning Brabham-Cosworth BT26A – as driven to victory at Mosport Park by the Belgian legend Jacky Ickx – will star in the Amelia Island Auction on March 7th, 2019. 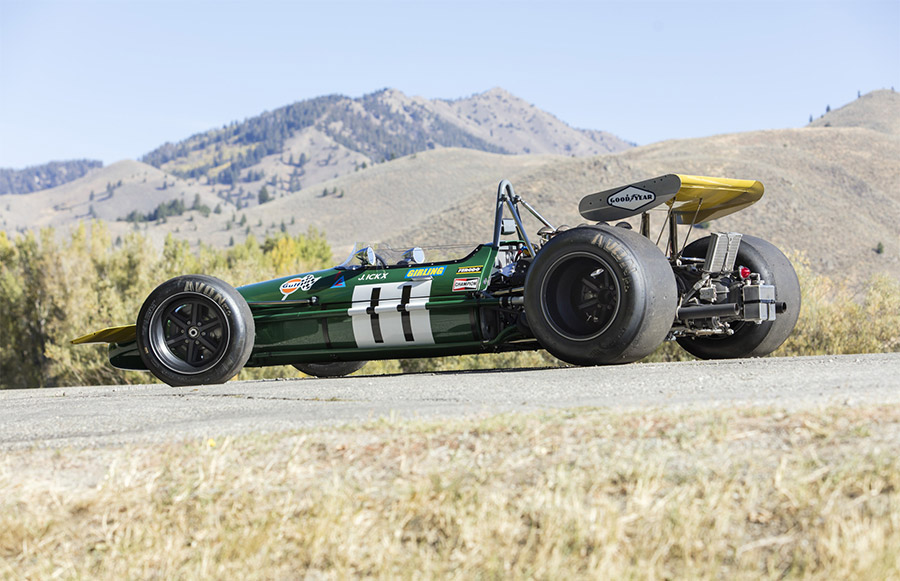 This remarkable Formula 1 racing car is particularly iconic to any motorsport enthusiast as it boasts an impressive pedigree. 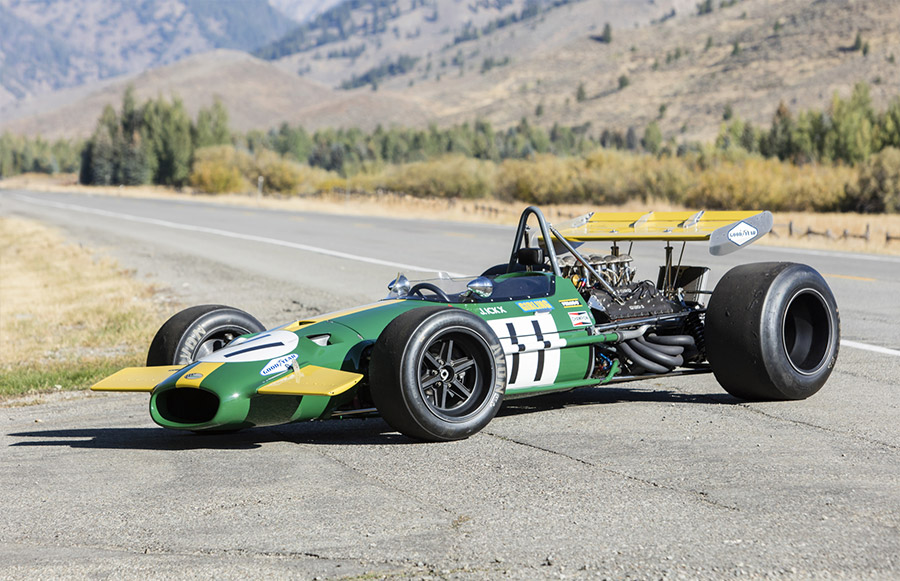 The Brabham-Cosworth BT26A chassis #3 is the car in which Jacky Ickx contested no fewer than a dozen races during that 1969 season, nine of them fully-fledged frontline qualifying rounds of that year’s Formula 1 World Championship series. Of his nine topline races in chassis 3, the immensely capable young Belgian won the Canadian Grand Prix at Mosport Park, finished 2nd in that year’s Mexican GP at Mexico City, 3rd in the French GP, 5th in the Dutch GP and 6th in the Spanish GP. 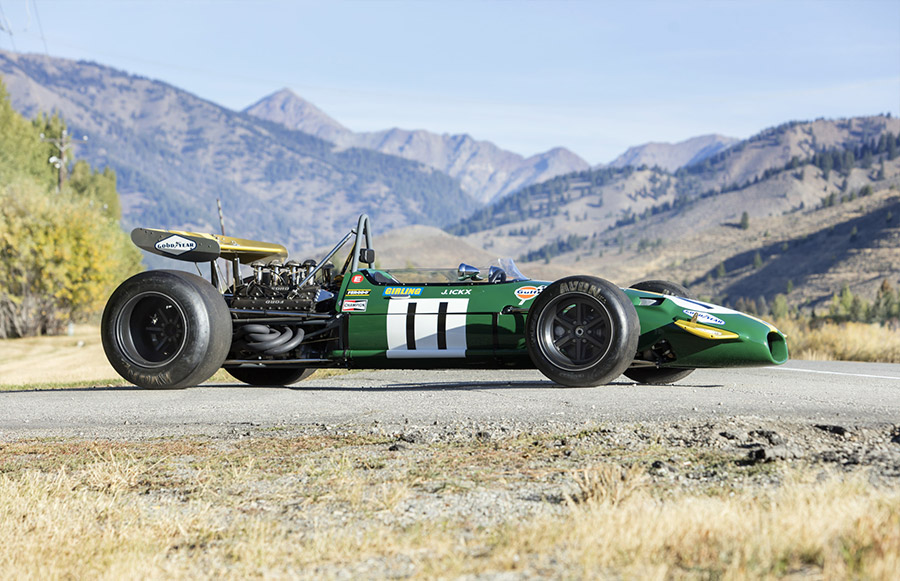 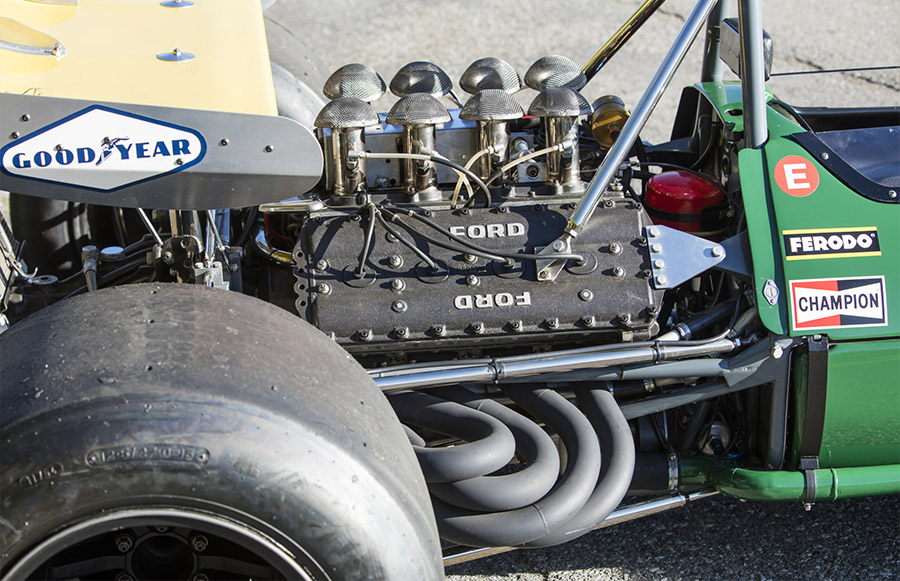 This Brabham-Cosworth BT26A would prove to be the ultimate expression of multi-tubular welded spaceframe chassis technology within Formula 1, as all frontline F1 cars from 1970 onward used stressed-skin monocoque construction instead. 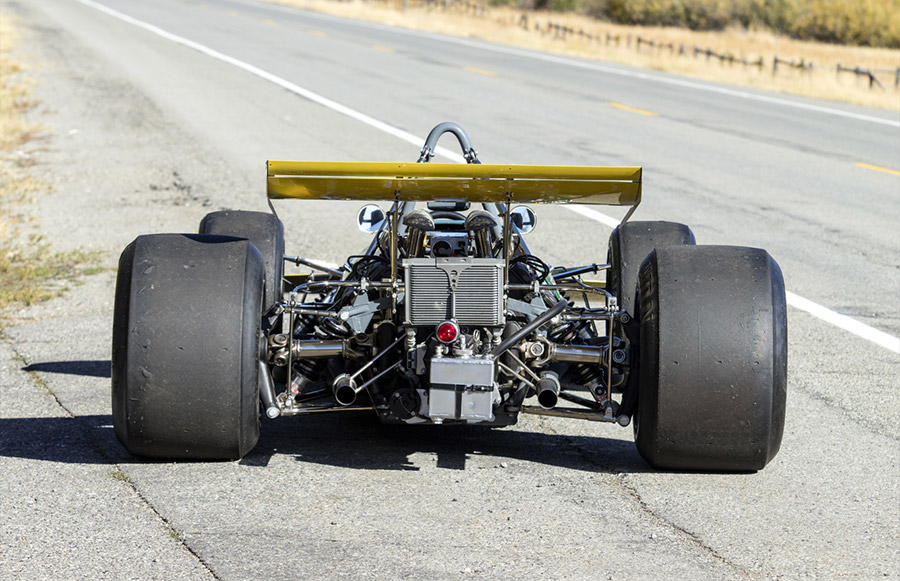 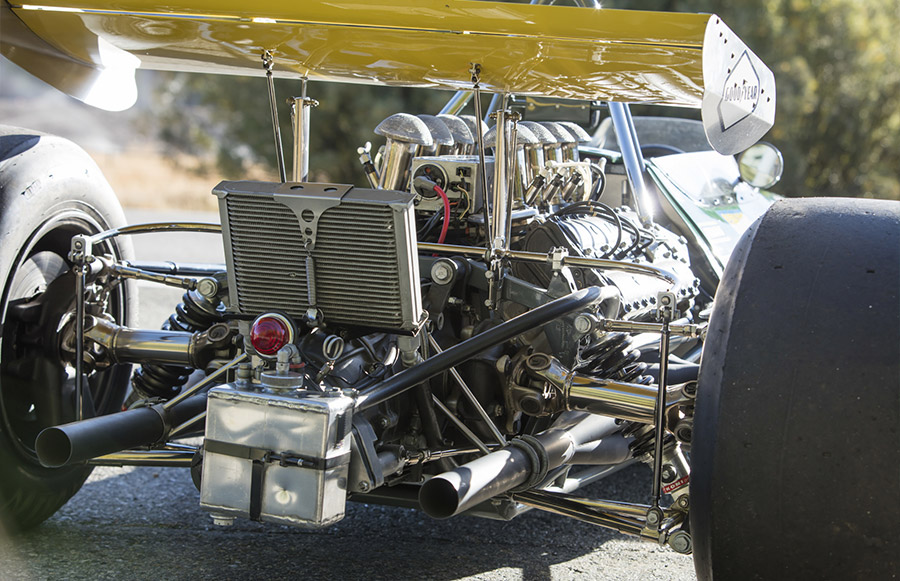 That year he was led only by the legendary Austrian star Jochen Rindt, who became, sadly, the sport’s only posthumous World Champion, having crashed fatally in his Lotus during qualifying for the Italian GP. 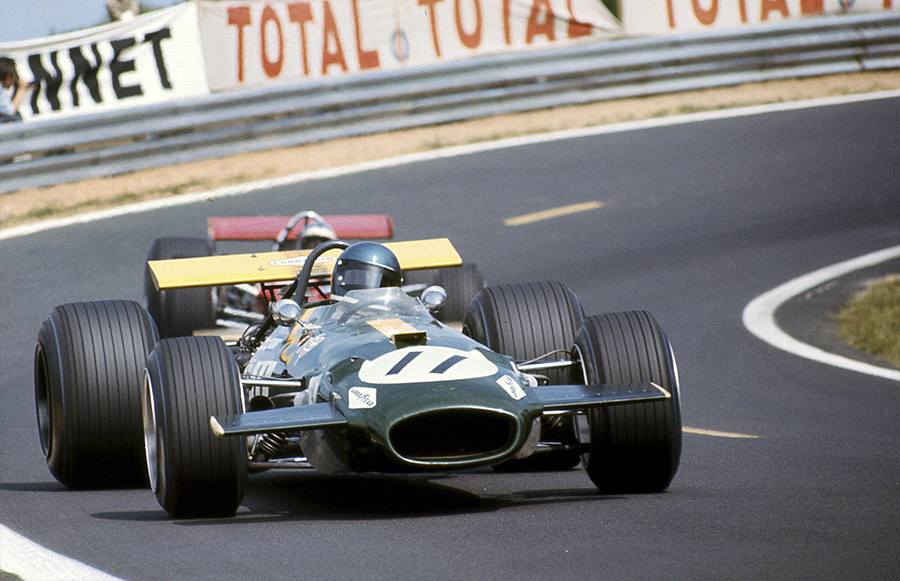 In fact, the 1969-specification Brabham-Cosworth BT26A chassis 3 had actually begun life in 1968 as the Repco V8-engined Brabham BT26 chassis 3, and Jochen Rindt had driven it four times. He had used this car upon its debut in the Oulton Park Gold Cup, followed by contesting the Canadian, United States and Mexican GPs. 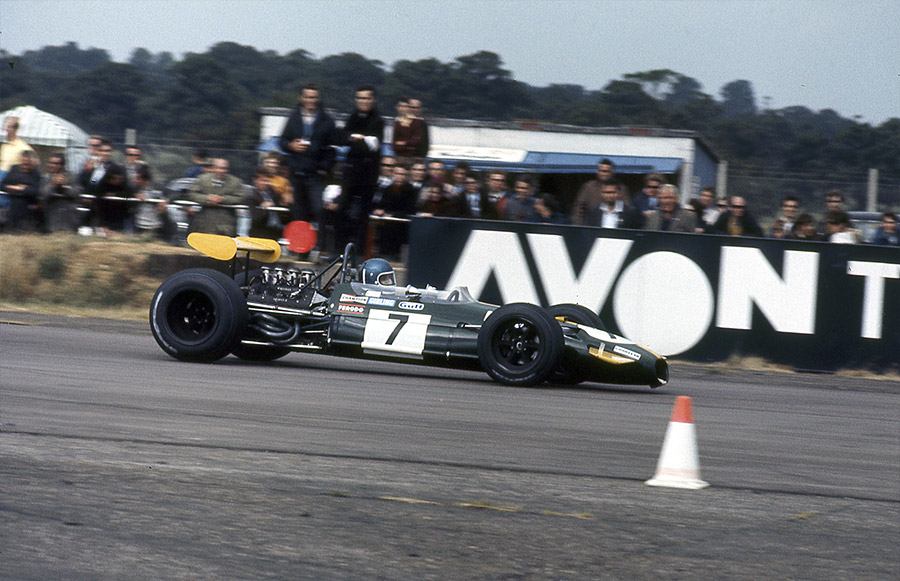 Although the Australian-made Repco V8 engine – which had powered the Brabham team to consecutive World Championship titles in both 1966 and 1967 – proved woefully unreliable in their 1968 campaign, Rindt still qualified chassis 3 on pole position for the Canadian GP, and ran 2nd there before retirement.

Once the Repco V8 engine had been replaced in chassis 3 by one of the standard-setting Cosworth-Ford DFV V8s for 1969, the car was re-titled as a BT26A. 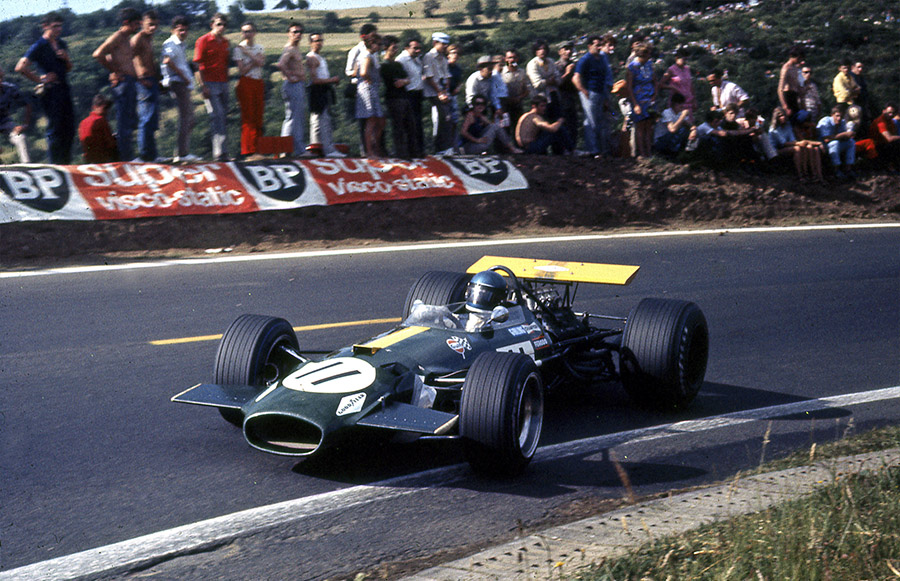 In Mexico City, immediately after Ickx had finished 2nd, chassis 3 was sold to American entrant Doug Champlin for his driver Gus Hutchinson to campaign in the 1970 SCCA L&M Championship, against 5-liter Formula A/5000 competition. Hutchinson drove the car in six 1970 L&M rounds, winning two – at Sears Point and Dallas – while also placing 2nd at Sebring and 4th at Edmonton. He also drove it in the 1970 United States GP at Watkins Glen. 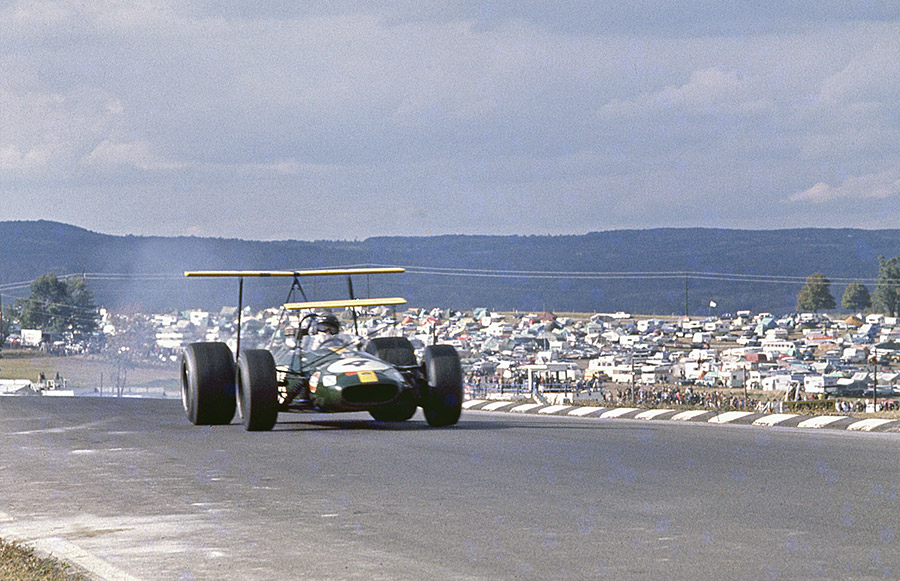 Ickx went on to lead the Ferrari factory racing team from 1970-73, and would subsequently win the 24 Hours of Le Mans a then-record six times. He would also win the North American CanAm Championship in 1979, plus the prestigious Paris-Dakar Rally.

So Brabham-Cosworth BT26A chassis 3, as now to be offered by Bonhams, not only has an illustrious Grand Prix-winning history, it was also the Formula 1 car of choice for two of the most successful, charismatic and best-respected personalities from that classical closing era of the Swinging Sixties. 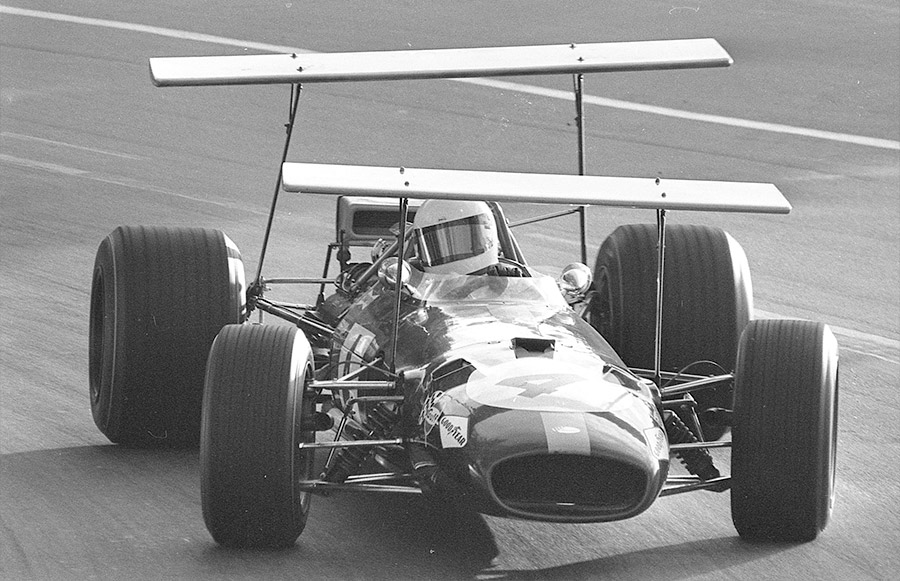 Today, this well-preserved, magnificently presented and truly historic F1 car is to be offered in running order. Says Mark Osborne, Bonhams Global Director of Motorsport, “Aside from being a winning chassis and having been driven by two of the most charismatic drivers of the period, the BT26A is so usable today. Whether the Gand Prix de Monaco Historique, or the FIA Masters Historic Formula One Championship, chassis no.3 will be as active as the next owner determines. I’d also note – having been in the old Brab myself – that the brilliant Ron Tauranac (spaceframe) design caters for today’s drivers more adequately than almost any other manufacturer of the period.”

Previous articleMcLaren 600LT Spider: The Sky’s the Limit for New Longtail Convertible
Next articleThe House of Rolls-Royce Celebrates Most Successful Year Ever for Bespoke