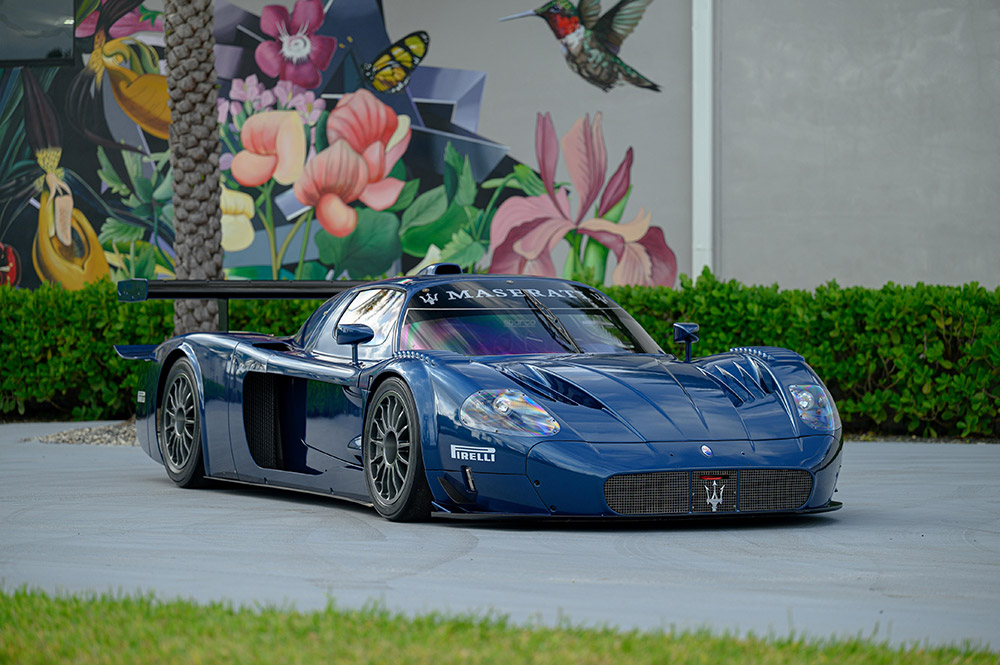 A super-rare 2006 Maserati MC12 Corse – the ultimate track day car – will be on the start line at Bonhams Scottsdale Auction on 27 January as a star lot crossing the block at the Arizona sale.

The most powerful Maserati of its time, the MC12 Corse was developed from the Modena firm’s GT1 racing car which stormed the world of endurance racing, winning the FIA GT World Championship twice, including in its 2005 debut season, when it was victorious in its maiden long-distance race, the renowned 24 Hours of Spa.

Limited to a dozen production cars, the Corse was reserved for valued Maserati customers. Although derived directly from the world-beating GT1, the Corse, intended for non-competitive track day use, was in fact more powerful than its racing variant.

The Corse’s naturally aspirated 6.0-liter V12 engine, mated to a six-speed paddle-operated sequential gearbox, delivers 755 hp, since it was not limited by intake air restrictors mandatory for the GT1 racing car. As a result its top speed is more than 200 mph, befitting a track-only supercar.

The car offered, number 003 of the twelve, is ‘as new’, having covered a mere 123 miles over its lifetime which has been spent in private collections, and has never even been driven by its current owner.

Jakob Greisen, International Senior Specialist, Bonhams Collector Cars, said: “The MC12 Corse is without doubt one of the most exclusive and collectible of the modern Maseratis.”

The foundations for this ultimate track day car were laid more than a century ago by the pinnacle of early American sporting cars – a 1912 Simplex 50hp 5 Passenger Torpedo Tourer, estimate $2,500,000-3,500,000, first owned by US tennis superstar Eleanora Sears, which is also crossing the block at Scottsdale.

Other highlights from the 125 collector cars offered in the sale include an exquisite Mille Miglia-proven 1953 Siata 208S Spider; the John White Ramshead Collection, headlined by a transatlantic trio of Chrysler Ghia show cars and further mid-century masterpieces offering elegant performance motoring – a 1958 BMW 507 Series II Roadster, one of the most collectible BMWs, with optional hardtop, Rudge wheels and Becker radio, and a US-delivered, matching numbers 1965 Ferrari 275 GTS, also with desirable hardtop.

The full catalogue is online: Bonhams : The Scottsdale Auction.

The 2023 Bonhams Scottsdale Auction will be the eleventh sale hosted at the prestigious Westin Kierland Resort and Spa in Arizona, on Friday, January 27 at 10.00 MST.