$240,000,000. Say it out loud: Two hundred and forty MILLION dollars. That’s more than the GDP of some small nations. What significance does this figure have, you ask? It is the estimated budget of Audi’s LMP1 program for 2014. Breathing on a P1 car is … 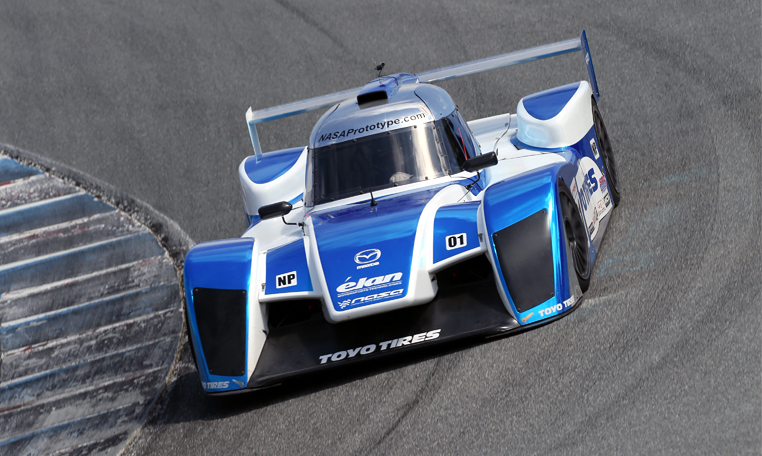 $240,000,000. Say it out loud: Two hundred and forty MILLION dollars. That’s more than the GDP of some small nations. What significance does this figure have, you ask? It is the estimated budget of Audi’s LMP1 program for 2014. Breathing on a P1 car is an unlikely proposition for most of the motorsport community, let alone driving one in anger. But what if something could offer you a similar experience for the price of an average family sedan? Enter the Elan NP01.

The National Auto Sport Association (NASA) and Élan Motorsports Technologies have banded together to make prototype racing available to the masses. The goal was simple: build a safe, fast, and reliable car that offers the thrill of P1 racing; all for the price of a new Corvette. Most importantly, there will be NASA-sanctioned spec series to provide an immediate way to campaign these cars in a competitive environment.

What do these names have to do with motorsport, you ask? Plenty. According to their website, “NASA was formed in 1991 to deliver high quality motorsports events to enthusiasts at major racing venues throughout the nation.” In the eyes of the general public, they are the main competitor to the Sports Car Club of America (SCCA). NASA offers great opportunities for competition in various forms of motorsport. 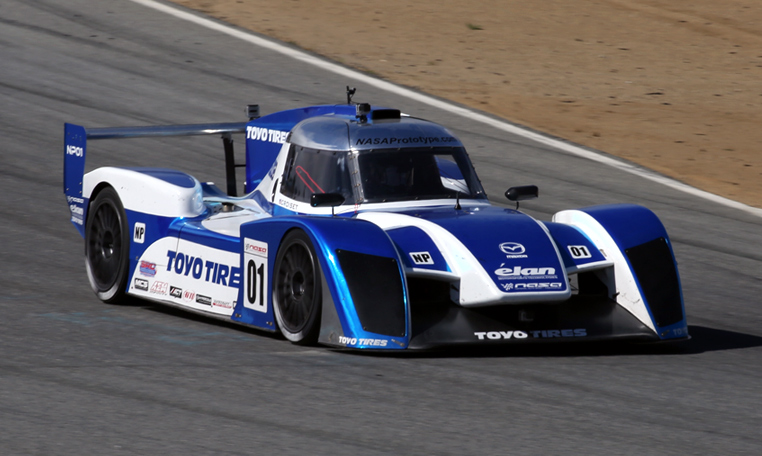 On the other hand, Élan is the “engineering, development, manufacturing” arm of Panoz. Having competed in everything from Indycar to LeMans, they are no strangers to top-tier motorsport. Most recently, Élan is the builder of the ground-breaking DeltaWing race car. To say that they are at the bleeding-edge of sports car racing is an understatement.

The package was designed as a whole to make things easy to service by the typical club racer in his or her own garage. This is reflected in the NP01’s construction, and choice of componentry. The chassis is a spaceframe comprised of 1818 Tig-welded steel tubing. The body is of standard fiberglass composite construction, but comprised of 11 separate pieces. This allows the end user to replace panels individually. In the case of an incident, this is a much more cost effective solution in comparison to the replacement of an entire body or clamshell. At 1500 lbs, the NP01 is similar in weight to a Caterham 7, but has an obvious aero advantage over Colin Chapman’s storied sports car. The NP01’s heart is Mazda-sourced 2.0L MZR 4-cylinder, with 185HP and dry-sump oiling. This engine also forms the basis of the Mazda’s Global MX-5 cup cars, and should provide for hours of trouble-free operation. 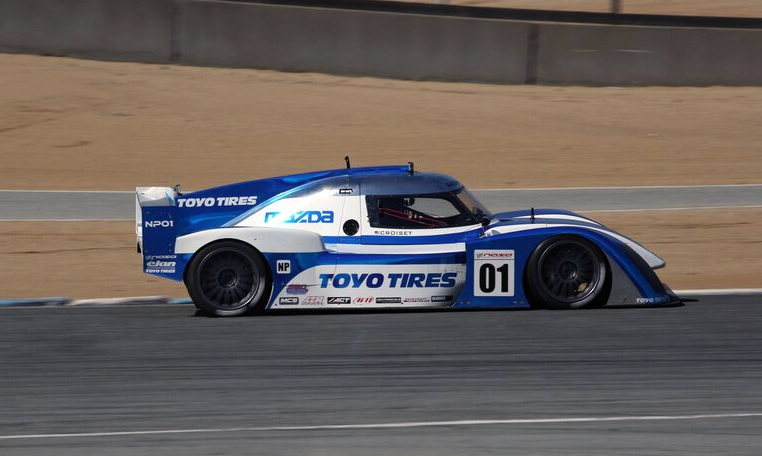 The LMP connection is very evident in the chosen gearbox. The 6-speed sequential unit is sourced from Sadev. It shifts with an authority that makes a modern sports car feel like a 1985 Citation in comparison. While the gearbox provides “no-lift” shifts, it interestingly enough does not have a similar provision for “auto-blip” downshifts. An aspiring NP01 owner should first brush up on their heel-toe downshifts and left-foot braking skills before taking delivery.

Our Team Principal, Jeff Francis, recently had an opportunity to test the new NP01 at Mazda Raceway Laguna Seca. It’s an interesting juxtaposition, using Laguna Seca as a venue to usher in a new generation of prototype racing. Mark Donohue dominated here behind the wheel of his McLaren M6A in 1968, the last year for United States Road Racing Championship. From 2000 – 2004, the Audi R8 absolutely dominated the field at the hands of men such as Frank Biela, Johnny Herbert, and Emanuele Pirro. The NP01 let’s one follow in these footsteps without requiring 30 men on your payroll. 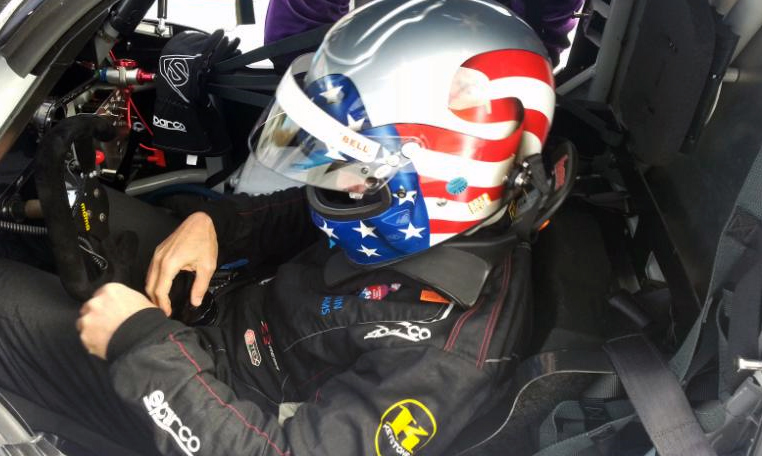 Upon entry into the car, he found the cockpit to be a near perfect it. All controls came easily to hand, and it took little effort to adjust the belts and mirrors to accommodate his 5’8” frame. Despite the seemingly small greenhouse, sightlines were more than adequate. The rear view was aided through the use of a video camera and monitor, a welcome feature if one was to concern themselves with approaching traffic.

By the second session, lap times began to drop significantly. As with any new car, there is a slight learning curve in order to familiarize one’s self with the vehicle’s driving dynamics. The NP01 was found to be quite forgiving, allowing the driver to quickly settle in and relax. After a short time, inputs become second-nature, thus allowing the driver to allocate brain power to things such as gaining position and race strategy. Despite the ease of use, it felt as though there was much more car left to exploit. As with anything else, one must invest time in order to fully realize the NP01’s potential

The Élan Technologies NP01 provides a great alternative to mid-tier sedan racing. It is a purpose-built race car, compromising only in areas that increase reliability and ease of maintenance. One can drive to their local dealer and pick up any number of sports cars for the NP01’s $72,500 price tag. After taking delivery, you spend a few more dollars and put that sports car on track. The sports car falls short in its lack of romanticism. Nothing currently offered on a showroom floor can make you feel like Steve McQueen, blasting down the Mulsanne Straight at 240 MPH. The NP01 does. At the end of the day, that’s why we’re all here, isn’t it?