January in Southern California’s high desert is perfection. Sunny and 60 degrees with a blue sky completely devoid of clouds. If you can spend that time at a race track, even better. The cockpit will never become unbearably hot, nor will one freeze to death while meandering the paddock between sessions. There’s no better time for minimal distractions than when mother nature decides to comply 100%. 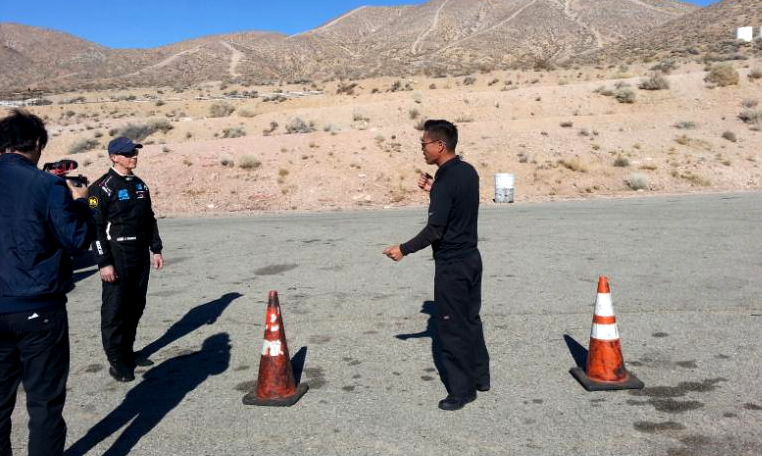 Such was the case when Team Principal Jeff Francis headed down to Willow Springs for a one-on-one instructional session with Drift 101 Owner and United States Drifting pioneer Naoki Kobayashi. Drift 101 has been in existence since 2002, having introduced countless new faces into the sport. Naoki himself is a legend in drifting circles, having been the promoter of the early-2000s events at the now-shuttered Irwindale Speedway. He has been a consultant for everything from video games to The Fast and the Furious: Tokyo Drift. It’s safe to say that the popularity of drifting here in the US owes much of its popularity to Naoki’s hard work. 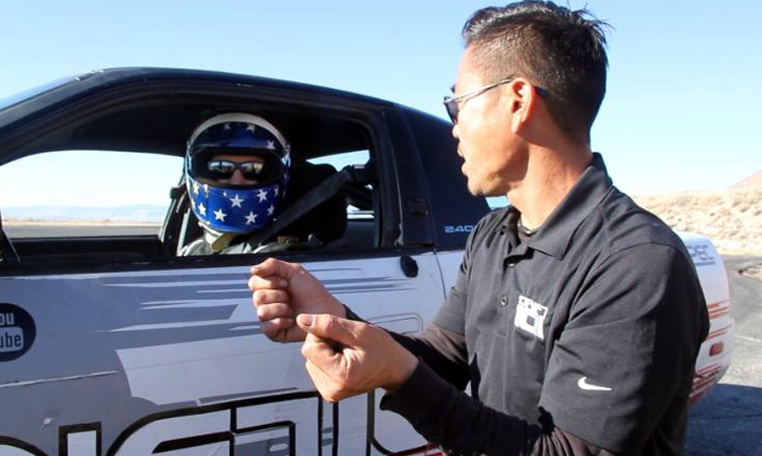 The day’s goal was to obtain a new skillset that could benefit both on and off the track, while having a whole lot of fun in the process. Obviously, drifting and road racing sit on complete opposite ends of the spectrum, but the physics of the two are much the same; things such as adhesion limits, weight transfer, and polar movement of inertia don’t care what type of competition you’re in. More importantly, Drift 101 affords the opportunity to fulfill one’s need for both performance and pleasure. 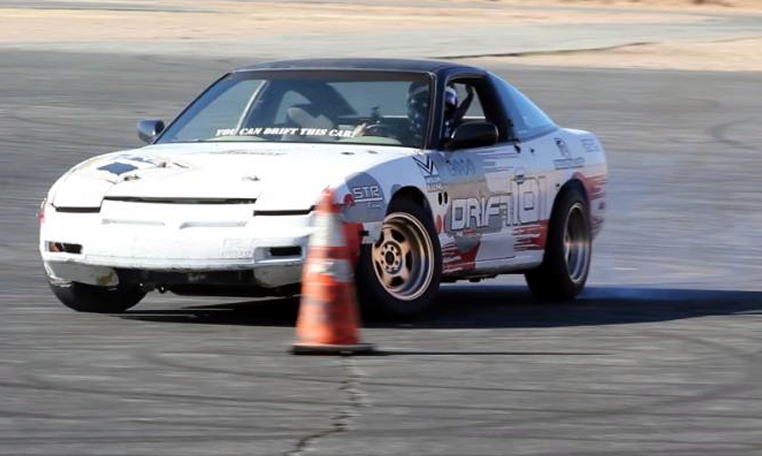 The day’s lesson would take place at Willow Springs International Raceway’s balcony skidpad, affording plenty of room for pushing the envelope. Likewise, two of the school’s cars would be used: a S13 Nissan 240SX hatchback, and a Nissan 350Z. Both cars have been slightly modified to address any reliability and safety concerns, and were well-sorted for their intended purpose. 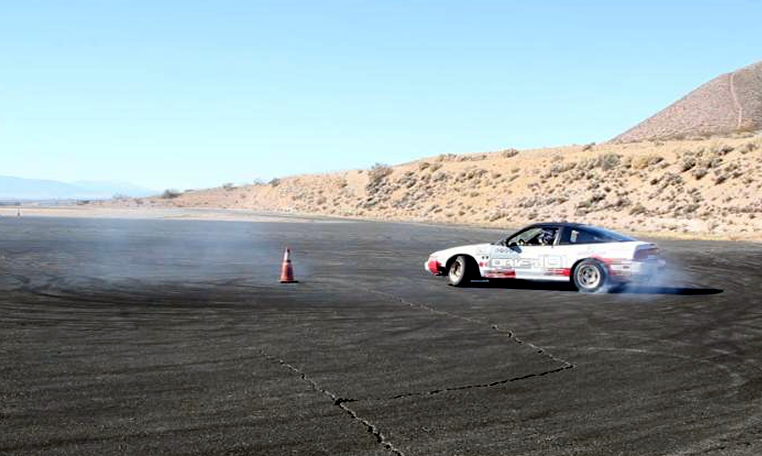 Starting with the more sedate S13, Francis donned his safety gear and stepped into the cockpit. The 240SX’s balanced nature has made it drifting’s sweetheart, it is the go-to car for any drifter from novice to seasoned veteran. The exercises began with executing doughnuts around a single cone. The key challenge was to maintain a constant radius, which provides one with a cornerstone to build their skillset. Doughnuts soon became opposite-lock drifts that give the driver practice at controlling oversteer. After combining these skills into a Figure 8, some grade changes were thrown in to create variance in track surface. Drifting is a sport where fractions of an inch mean the difference between glory and a missing rear bumper. Fortunately, the only thing one must contend with at Drift 101 is a few cones and miles of empty desert.

After getting a nod of approval from Naoki, it was time for some “freestyle” to round out the day’s lesson. No pylons, no track, just a sea of black tarmac. It provided the perfect opportunity to test one’s limits as the (somewhat) oval course was used almost in its entirety. This not only allowed use of the skid pad to increase runoff area, but provided a course that mimicked something similar to what one would see at a drift competition. The extra room was much appreciated, as the novice drifter began to tie everything together. Spins, overcorrection, loss of momentum, and even an off-track excursion befell Francis during this final session. Despite the errors, he exited the car with a few consistent drifts under his belt and an uncontrollable smile. It was difficult to hand the keys back to Naoki that evening. 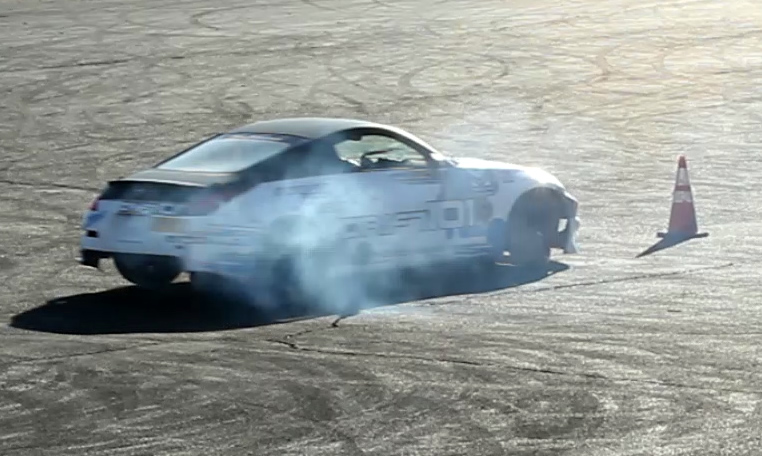 “Initiating and holding the drift was a challenge, even on the wide skid pad. When exiting the skid pad and pulling onto the straight, getting the proper line was crucial; you really needed pinpoint precision to ‘thread the needle.’ It’s deceptive at first, the track becomes very narrow,” remarks Francis. “Awareness of your surroundings was key to transitioning out of the drift onto the back straight.” 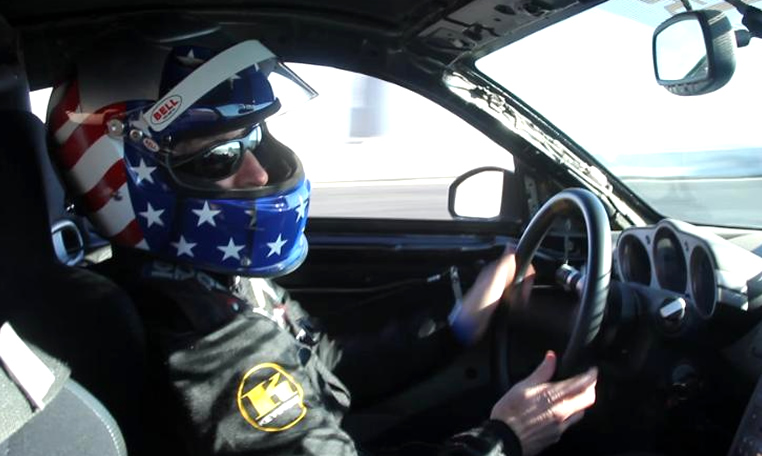 Drift 101 provides a great way to jump into the sport of drifting. Naoki is both a skilled and patient instructor, making sure to keep the lessons progressing forward as the day wore on. His knowledge is unmatched by anyone in the industry, and his feedback provided for instant results behind the wheel. The lesson proved to make for a gratifying day, and is a great part of any racer or high-performance driver’s toolkit. Not only will you learn to explore a car’s limits with confidence and safety, but you will have a great time doing it. 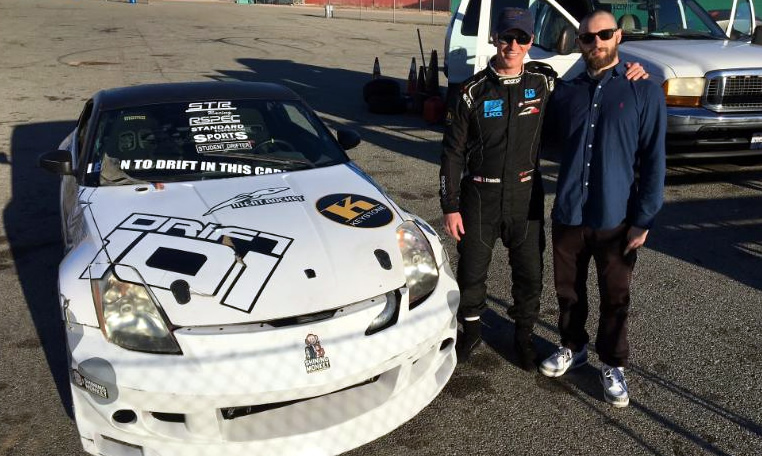 We’d like to extend our thanks to Naoki for such a rewarding day. Also, thank you to Marco for being an excellent videographer and all-around cool guy to spend the day with; he didn’t just provide us with great footage, but used that footage to capture the day’s story. Our rating: two thumbs up for Drift 101!

By: Ryan Patrick | The Speed Journal