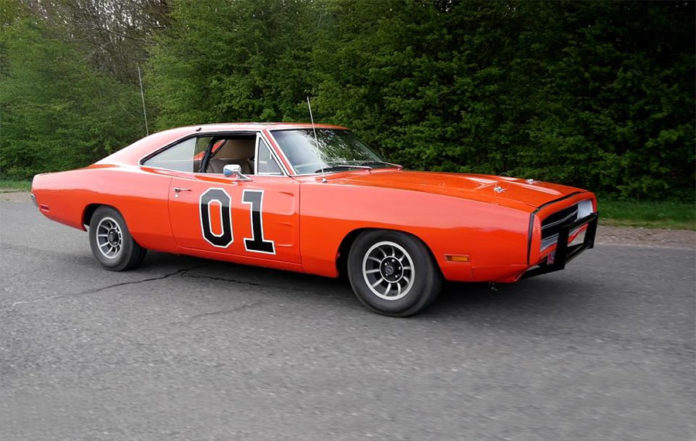 The top three most popular 80s TV cars to drive have been revealed, with the iconic Dodge Charger from The Dukes of Hazzard taking pole position.

Nicknamed the ‘General Lee’, the Charger was a central character in the incredibly popular 80s tea-time show which ran for seven seasons with nearly 150 episodes, eventually coming off air in 1985.

The research by leading driving experiences provider www.trackdays.co.uk was based on the number of bookings it received for its range of TV cars to drive.

Dan Jones, operations manager at TrackDays.co.uk, said: “There’s no doubt that The Dukes of Hazzard was one of the best-loved Saturday night tea-time shows of the 1980s, following the exploits of Bo and Luke Duke trying the evade the corrupt Boss Hogg and Sheriff Rosco P. Coltrane.

“It is perhaps no surprise that it’s the most popular TV car to drive with Brits who can imagine they are speeding through Hazzard County racing for the county line with Rosco in hot pursuit.”

Starring David Hasselhoff as Michael Knight, Knight Rider was a staple viewing of tea-time TV across the UK from 1982 to 1986. Once again, the car was also the star and K.I.T.T. was a virtually indestructible foe and the bane of many villains.

Taking third place on the podium was the GMC Vandura, known to most people as the A-Team van.

With B. A. Baracus at the wheel, the Vandura transported the rest of the A-Team including John ‘Hannibal’ Smith, Templeton ‘Faceman’ Peck and H.M. Murdock as they tried to evade capture and clear their names after escaping a military prison for crimes they did not commit.

Dan added: “These cars were at the height of their fame back in the 1980s but they still hold fond memories for millions of Brits.”