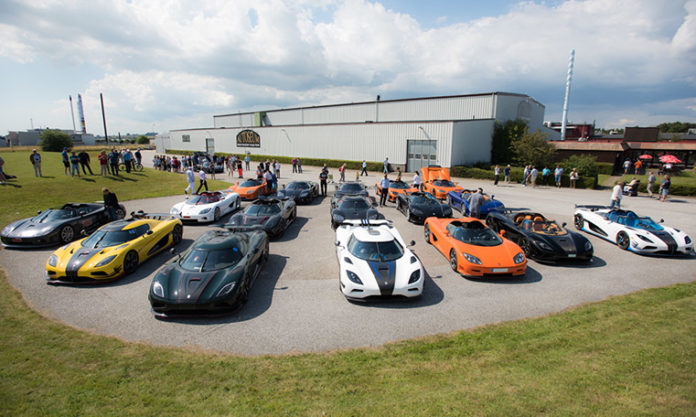 The 2017 Koenigsegg Owners Tour has been run and done, and what an outstanding success it was!

We’ve never had 19 Koenigseggs in one place, at one time, at any time in the past. Not even at our factory. It was a sight to behold and the unique nature of the occasion was not lost on anyone, let alone our founder and CEO, Christian von Koenigsegg. 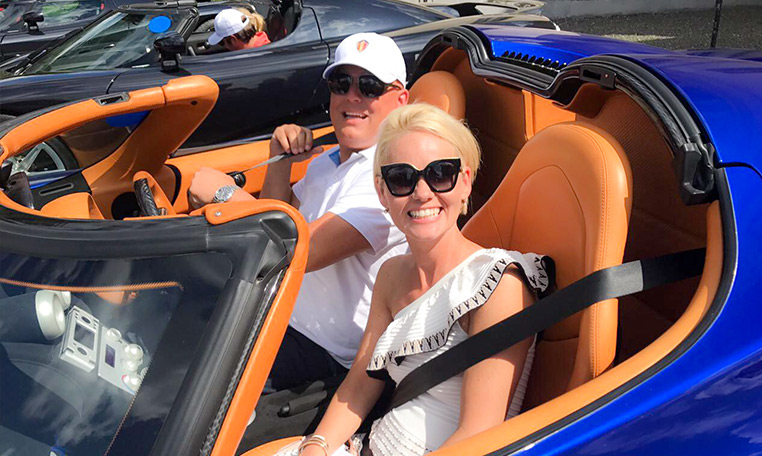 “This is amazing, and a little bit humbling, to be honest,” he said. “We have a wonderful cross-section of Koenigsegg history here, nearly every generation of car we’ve ever made is represented. And the people just love them. It’s a great reminder of the progress that we’ve made, the friends we’ve made – our customers become friends as we go through the building process and it’s wonderful to see those relationships grow – and also the people who have helped to get us here.”

The tour began in Malmö, with a parked display of vehicles at Stortorget, the square in the middle of town.

Needless to say, we drew a decent crowd. Kids stared slack-jawed as Koenigsegg after Koenigsegg pulled up to park. Our owner family took some refreshment at Hotel Kramer and many of them joined the crowd to mingle and look over the other Koenigseggs on display. Our customers were as keen as anyone else to review the fleet. They rarely get to see a Koenigsegg other than their own, let alone so many in one place. 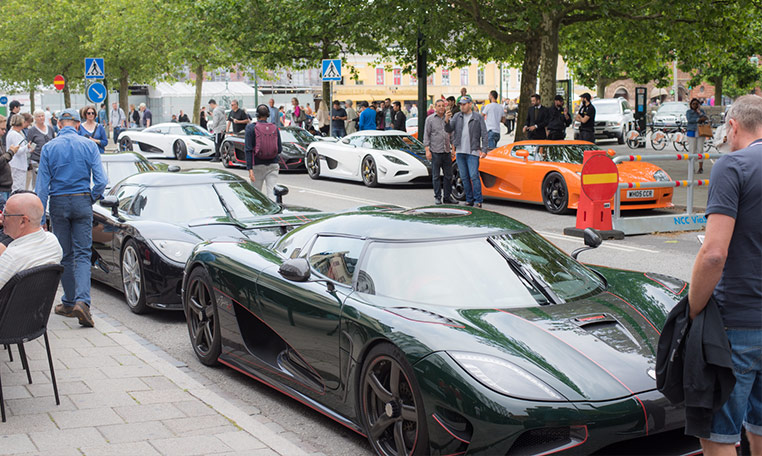 You probably noticed a lot of people with cameras in those photos. ‘Car-spotting’ is one of the more curious phenomena of the internet era and both the Friday and Saturday of the Tour saw our fleet followed by a dedicated band of Koenigsegg fans with cameras in tow. A lot of our customers are active on social media and a few of the car-spotters have semi-regular contact with them and knew where we were going. Others rely on shrewd detective work to figure out where we’d been, and where we’d go next.

The great thing about Koenigsegg car-spotters is that they’re enthusiastic and generally speaking, quite respectful of the event and the cars on display. Over all, the crowd was fantastic and it was a joy to watch them get excited over their first Koenigsegg experience. 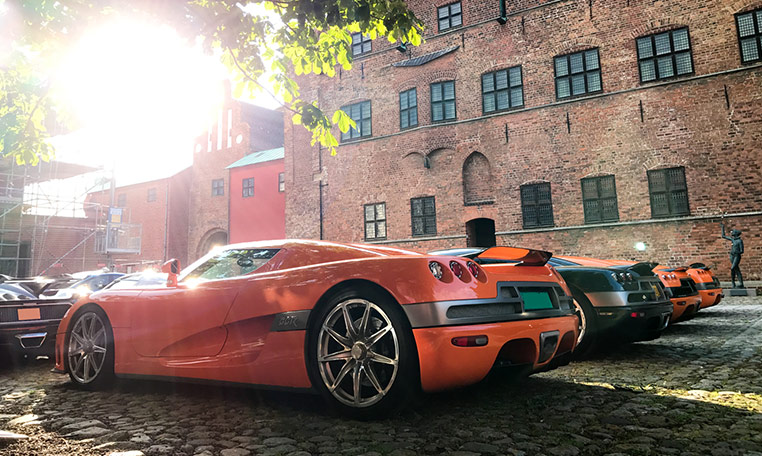 The cars stayed overnight at Malmöhus, an old fortification from the days when Sweden and Denmark were fighting over what is now Skåne, in southern Sweden. The origins of the old castle date back to the 1400’s and it was re-built by Christian III, a Danish king, in the 1500’s. Since the 1800’s it has been used as a prison, an execution ground, a museum (its current role) and even as a migrant camp at the end of the second world war. It feels quite inglorious to refer to such historic ground as a car park, but then just look at the cars! 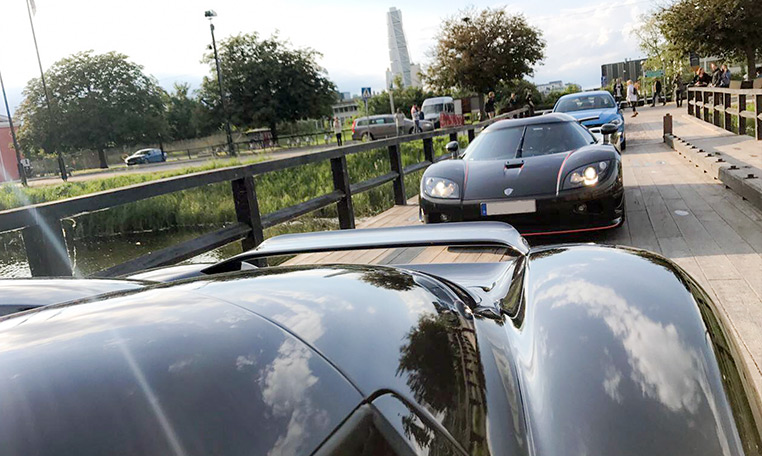 The cars crossing the moat was a wonderful sight to see, as was the formation parking inside.

Dinner on Friday night was at Malmö’s famous ‘Turning Torso’. The building turns through 90 degrees as it stretches into the sky, and has some beautiful function rooms on the top floors with panoramic views over Malmo and towards Denmark on the western side. As if that weren’t enough, we also had a magician in-house, who wowed everyone with his work. Even those sitting just 6 feet away couldn’t believe their eyes. When did he lose the shoes, exactly?

The 2017 Koenigsegg Owners Tour – By The Numbers

We had 19 Koenigseggs on the tour, which is the largest gathering of Koenigsegg cars EVER in one place.

Combine the maximum output of all participating cars and you get more than 18,000 horsepower and 20,000 Nm of torque! 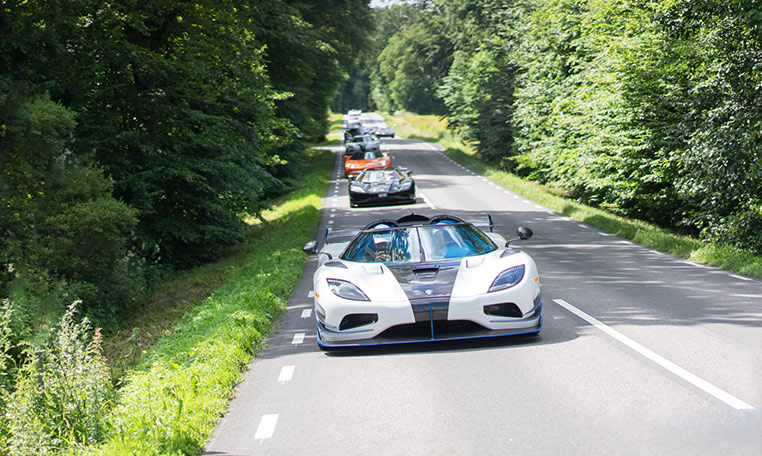 Saturday morning saw us cruise out of Malmö and along Route 101 towards the south-east. Route 101 runs through some quaint Swedish villages surrounded by gentle rolling countryside and it provided a perfect introduction for the roads to come.

Upon reaching the outskirts of Ystad, we turned north and headed for Kronovall Castle, a beautiful estate near the town of Tomelilla. A quick stop for lunch allowed participants to stretch their legs, and was also a welcome surprise for people already visiting the estate. We had a deadline to leave, however, as there was a wedding scheduled for 3pm (personally speaking, if I could have 19 Koenigseggs at my wedding, I’d grab that opportunity with both hands). 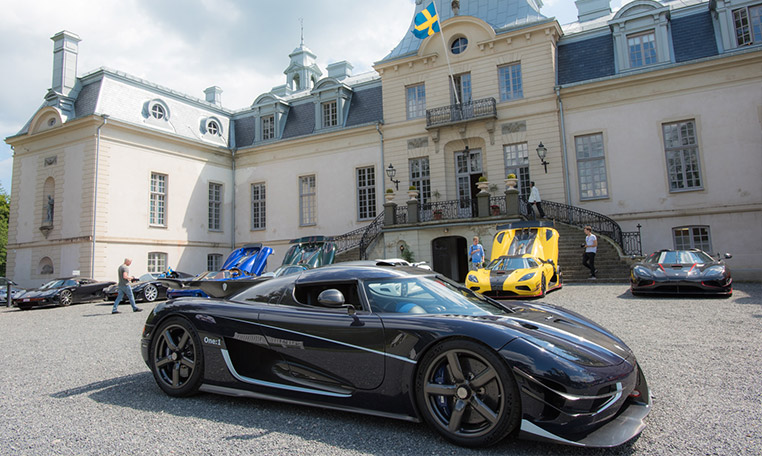 Autoseum is primarily car museum, though at also has displays for trains, childrens’ toys, model planes and right now, a display for rare, vintage music machines.

The welcome we received at Autoseum was just fantastic. Hundreds were waiting at the entrance to the property and while our Koenigsegg family received a guided tour of the museum, everyone outside spent considerable time looking over the museum’s newest, albeit short-lived, exhibition in the car park: Koenigsegg at Autoseum. 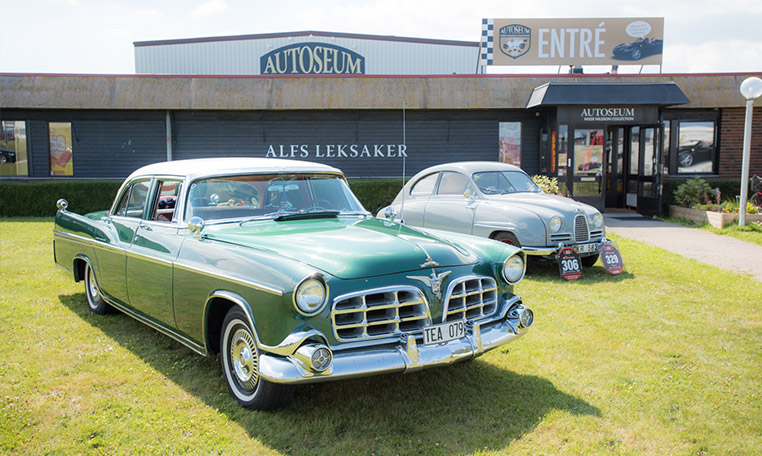 From there, it was on to our accommodation for the night, at Bjärsjölagård (which is as difficult to say as it looks). The estate has origins dating right back to the 700’s but the building you see today started construction in the 1760’s.

We had amazing weather on Saturday night, so much so that owners mingled outside for hours before dinner, mixing with the locals who had come to see the rare display of Swedish machinery visiting their neighborhood.

One such family of locals were the Olssons – Mum, Dad and two sons – who spent nearly an hour chatting with the owner of the Agera N. Our ownership family consistently prove themselves to be some of our greatest ambassadors. The time they spent with the Olssons and other fans who followed us on tour proved this yet again. The boys got to sit inside the car and eventually enjoyed a chat about the company with both Christian and Halldora von Koenigsegg. 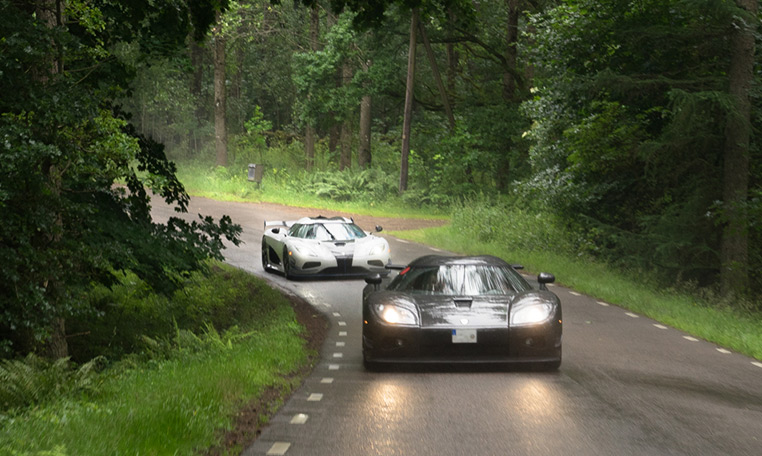 The tour continued on Sunday, departing from Bjärsjölagård and taking Route 9 for a surprise visit to Ring Knutstorp.

Nicknamed the little Nordschliefe, Ring Knutstorp is the most famed racetrack in southern Sweden and hosts multiple racing, education and media events every season. It’s an undulating track that’s 2.1 kilometers in length with many elevation changes along the way. Our customers didn’t know about this photo/film opportunity so it was a very pleasant surprise for them to pull up to such a beautiful little track. 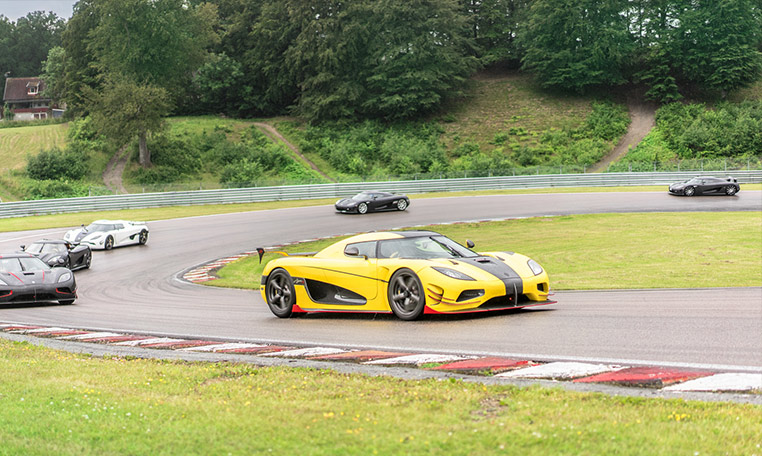 Our owners got to drive 4 laps of Knutstorp but both rain and noise restrictions on Sundays kept the pace down to just parade lap speeds. Nevertheless, our touring party enjoyed the chance to get their cars out on a proper racetrack and the sight of 19 Koenigseggs on the track was truly something to see!

Instead, our procession continued on to Örenäs, an estate 40 kms or so south of Ängelholm, where our group spent their final evening together. 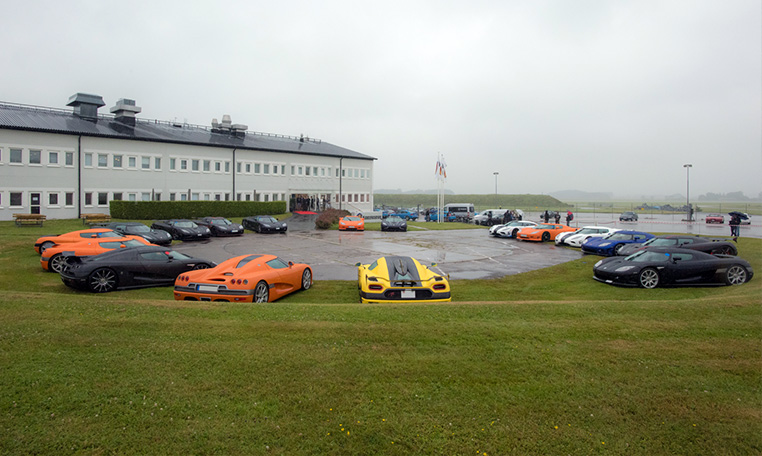 This was our second annual Koenigsegg Owners Tour. Both have been outstandingly successful.

That success comes down to one thing, and one thing only: the people. The tour represents a chance for our customers to meet other Koenigsegg owners, meet our staff, and relax. There were a lot of great times had and perhaps the very best times were those spent around the table, breaking bread together and getting to know one another via some great conversations.

The Koenigsegg Owners Tour will be back to spread more love in 2018.

Where will it be? Only time will tell!

The Koenigsegg Agera RS Naraya Is A £4.5m Swedish Mega-Monster!

This is the Koenigsegg Agera…With Air Turbine Wheels! – Mr JWW