One to Watch at Barrett-Jackson Scottsdale: 1966 Shelby Cobra CSX3239 Roadster 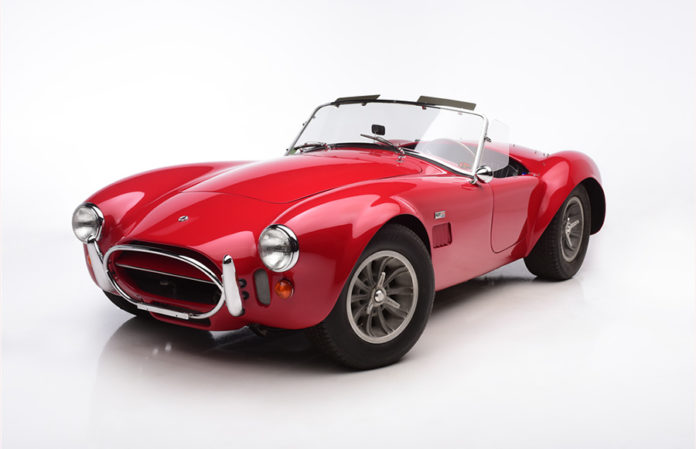 This Shelby Cobra, CSX3239, is powered by a 427ci 8-cylinder engine and 4-speed manual transmission, and is documented in the Shelby Registry with comprehensive ownership history and showing just over 17,000 miles (title reads mileage exempt). It was originally delivered in red with black interior, invoice #000344 dated May 9, 1966, to Koons Ford in Falls Church, VA, as a 1966 Cobra Street. 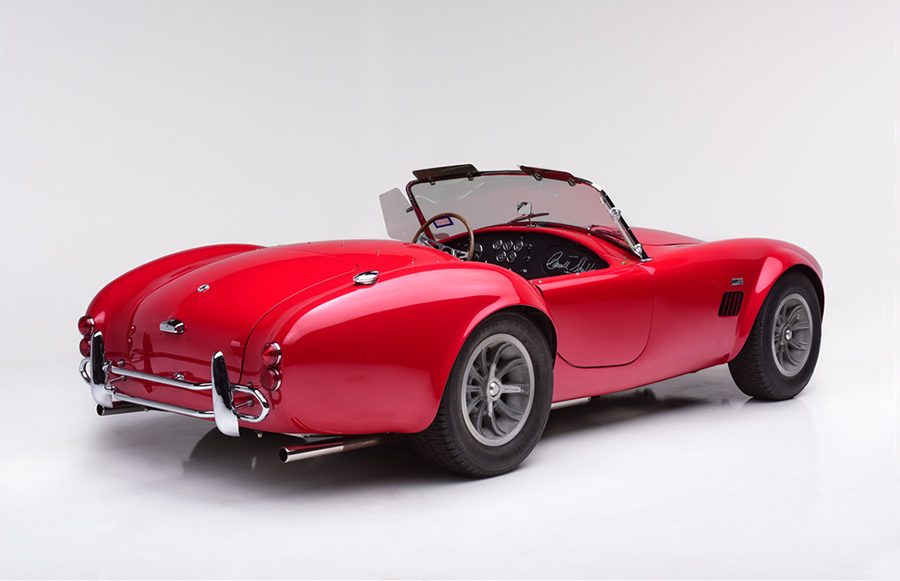 The original owner, thought to be Antonio Juan Christiani, brought it to Central America during the late ’60s and sold it out of San Salvador in 1976 with 3,900 miles to Steve Posey, with a Holman Moody 427ci engine. Cobra restorer Bill Kemper purchased 3239 in 1987 and, after a few months, sold it to Bill Strackosch, who added white stripes over the red paint. In early 1988 Gene Schiavone/Essex Wire purchased the car and resold it to Cobra collector George Stauffer in ’89. Early that year, Stauffer sold the car to S. Segu. With just under 6,000 miles, 3239 was sold in January 2000 to Gene Schiavone. A year later Marvin Jones purchased and vintage-raced the car. In 2004 the car was pictured in Muscle Car Milestones, which identified the 427 Cobra as the top muscle car of all time.

In 2006, with 7,200 miles on the odometer, the car was then purchased by Michael Hammer. Hammer commissioned a full, professional restoration of the car for the purpose of running the Copperstate 1000. It was agreed that original parts would be used and rebuilt, emphasizing originality, performance and drivability where possible. In 2014 car was purchase by its current owner, at which time the roll bar, competition gas filler, side pipes and hood scoop were removed. The car was sent to Lewisville, TX, to an aluminum fabrication and paint specialist for a complete refinish over an excellent original aluminum body. Its magnificent presentation, immaculate preparation and solid originality make this a desirable 427 Cobra with excellent documentation.

Previous articlePagani Automobili Officially Opens its New Atelier and the Horacio Pagani Museum
Next articleThe All-New 2019 Chevrolet Silverado: Where the Past and Future Meet

Special 2021 Lexus LC 500 Convertible to be Auctioned for Charity at Barrett-Jac...