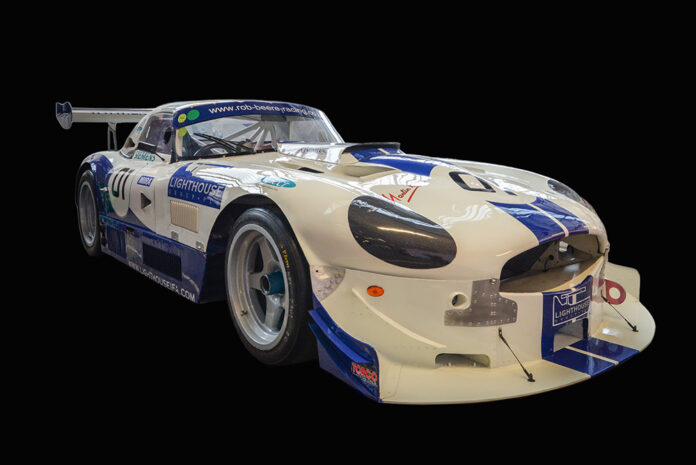 Boasting 750bhp and a top speed of over 180mph, ‘The World’s Fastest E-Type Jaguar’ (aka ‘The Beast’) dominated its class of racing throughout the ‘90s. Now, fully restored and ready to rule the roost once again, it is available for sale courtesy of Hampson Auctions. Conceived by Fred Cliffe back in 1977, the V12 roadster was subsequently developed over 13 years by Rob Beere Racing on behalf of Malcolm Hamilton, in whose hands it secured no less than 52 outright victories and 87 podium finishes.

The car’s remarkable run of success was halted by an accident at Oulton Park in 2001, following which the Jaguar was disassembled and stored before finally being sold to the current keeper, who has patiently rebuilt it to the equivalent mind-boggling specification in which it last competed. In essence it is a 1971 V-12 E-Type centre tub sporting what’s tantamount to TWR Group C specification engine and running gear. In detail:

For further details of this unique private treaty sale, including price, contact Zach Hamilton, Hampson Auctions zach@hampsonauctions.com.  Hampson’s next general sale of Classics and Collectables will be held at Thornton Manor, Wirral on April 28, further information about which can be found at www.hampsonauctions.com.