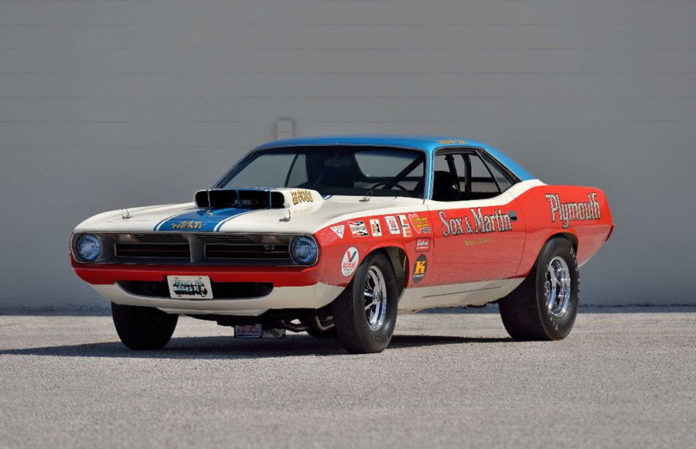 At the top of the pecking order from Werner are two Richard Petty NASCAR icons: the 1970 Plymouth Superbird (Lot S96) built to lure Richard Petty back to Plymouth for the 1970 NASCAR season and the 1971 Plymouth Road Runner NASCAR (Lot S100) that won the 1971 NASCAR Grand National Championship. Richard Petty himself will be on stage during the auction while the cars cross the block and available to sign autographs from 1 to 2 p.m. and 3 p.m. to 4 p.m. on Friday, Aug. 2. Other vehicles from the Werner collection, set to be sold mostly at no reserve on Saturday, Aug. 3, include the 1970 AHRA GT1 World Championship-winning 1970 Plymouth Hemi Cuda Sox & Martin Drag Car (Lot S102), a factory-backed, 427 “Cammer” 1965 Mercury Comet (Lot S130) driven by Hayden Proffitt, and the Dick Landy-raced 1964 Dodge 330 Hemi-Charger A/FX (Lot S109), considered by some to be the first “funny car.” 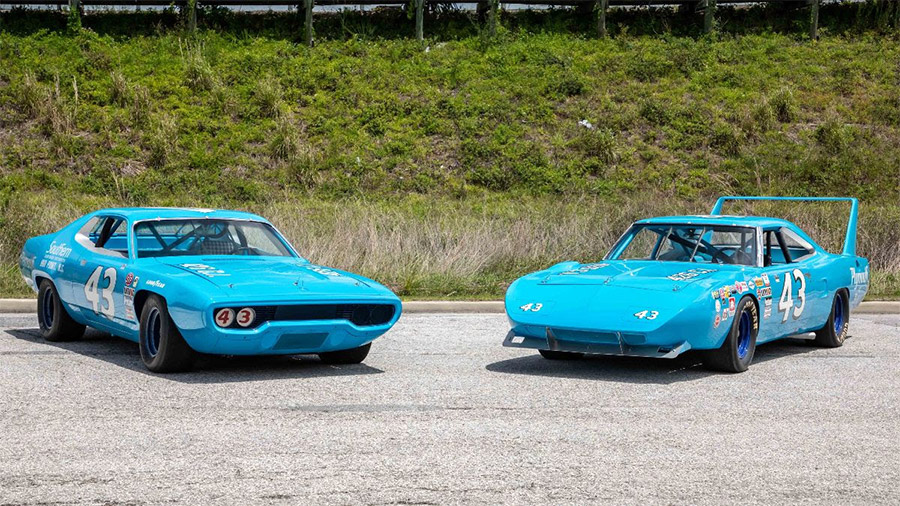 Another first, the very first L88 Corvette, is also slated to cross the auction block in Harrisburg. The 1967 convertible (Lot S90) was campaigned by Tony DeLorenzo in 1967 and is the only Tuxedo Black example built that year. Other main attractions include a rotisserie-restored, concours-condition 1967 Shelby GT500 Fastback (Lot S93), bearing Shelby No. 01807, and a 1970 Plymouth Cuda Convertible (Lot S98) that is one of just 29 factory V-code Cuda convertibles produced that year. Notable collections consigned to the Harrisburg event range from the 52-vehicle offering from The Boca Raton Collection, 25 of which will be offered at no reserve, to The Maxwell Collection of 28 vehicles including 12 at no reserve. Also on offer will be the Champaign Auto Collection of 16 no-reserve vehicles, the 12 no-reserve vehicles consigned from The Skook Collection and A Special Early Bird Offering at No Reserve, set to kick off the third day of auction action at 9:30 a.m. on Friday, Aug. 2.

Among the more than 1,000 Road Art offerings to be auctioned in a separate auction arena is the 64-piece Curt Cunningham Neon Collection that was amassed over 30 years and the accompanying more than 350 Road Art lots from the Curt Cunningham Collection. Cunningham’s collection is recognized for having superiority in quality and originality, with Cunningham credited for his pursuit of the rarest of items in the most pristine condition. Other Road Art collections include an assortment of 80 lots from the John Powers Collection that include classic Coca-Cola collectibles and three large-scale neon signs from Ford, the 22 consignments from the Bud’s Vintage Garage Collection of high-quality neon signs and gas pumps, and more than 40 vintage pedal cars from the Iowa Pedal Car Collection. 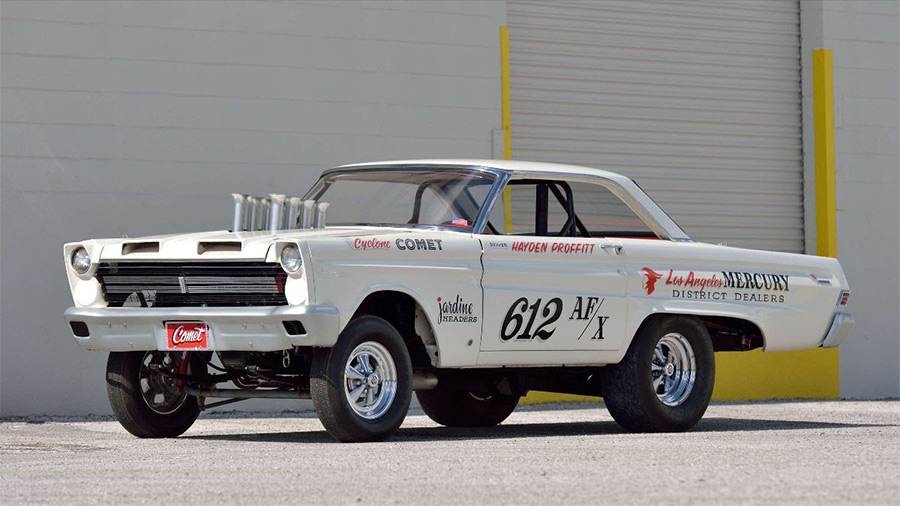 Mecum Harrisburg 2019 is open to buyers, sellers and spectators. Bidder registration is available online in advance for $100, $200 after July 30, and includes admission for two persons to the four auction days. General admission tickets are available in advance online for $20 per person, per day, and for $30 at the door and online after July 30; children 12 and younger receive complimentary admission. Doors open daily at 8 a.m. with the vehicle auction beginning at 10 a.m. on Wednesday, July 31, Thursday, Aug. 1 and Saturday, Aug. 3, and at 9:30 a.m. on Friday, Aug. 2 with A Special Early Bird Offering at No Reserve. Mecum Harrisburg 2019 will be broadcast on NBC Sports Network for 32 hours including 8.5 hours of live national coverage.

Mecum’s website is updated daily with the latest consignments including detailed descriptions and photographs of the vehicles. To view the list, to consign a vehicle or to register as a bidder for this and all Mecum auctions, visit www.mecum.com, or call (262) 275-5050 for more information.