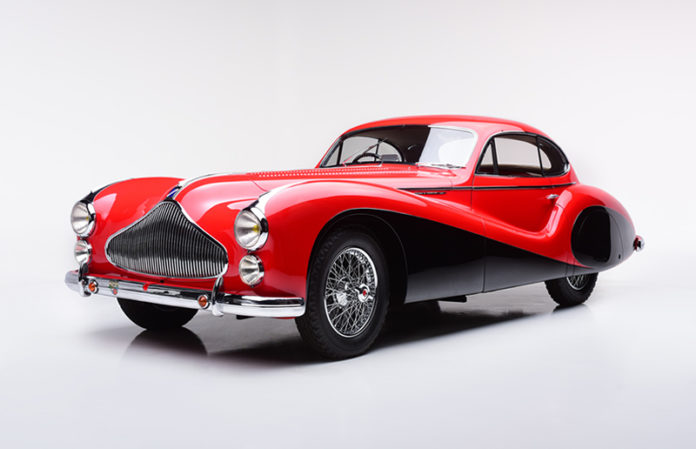 Talbot-Lago owed much of its success to Major Anthony Lago, who energized the company with race victories prior to the outbreak of World War II in 1939. With the increase in displacement of the triple-carbureted race-derived prewar engine to 4.5-liter capacity, which was mated to a Wilson preselector gearbox, Talbot-Lago was considered by many to be the first high-performance, luxury car built after the cessation of hostilities. 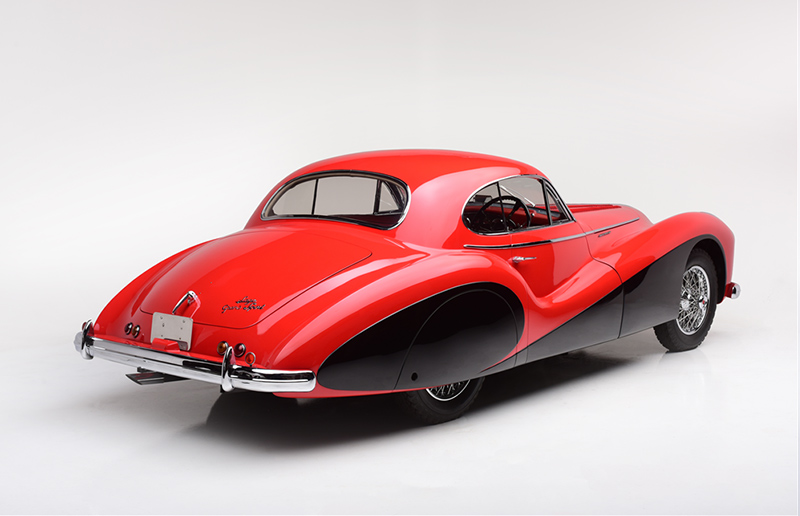 The top-of-the-line Grand Sport model was developed during the war and featured an engine upgraded with dual overhead valves, aluminum heads and a variety of performance modifications that produced a potent 190 horsepower and boasted a top speed of up to 200 kilometers (124 miles) per hour, depending on the type of coachwork. Each of the ultra-exclusive T-26 Grand Sports was fitted with a custom body by one of several coachbuilders. Among the names represented were Franay, Figoni, Stabilimenti Farina and Saoutchik. 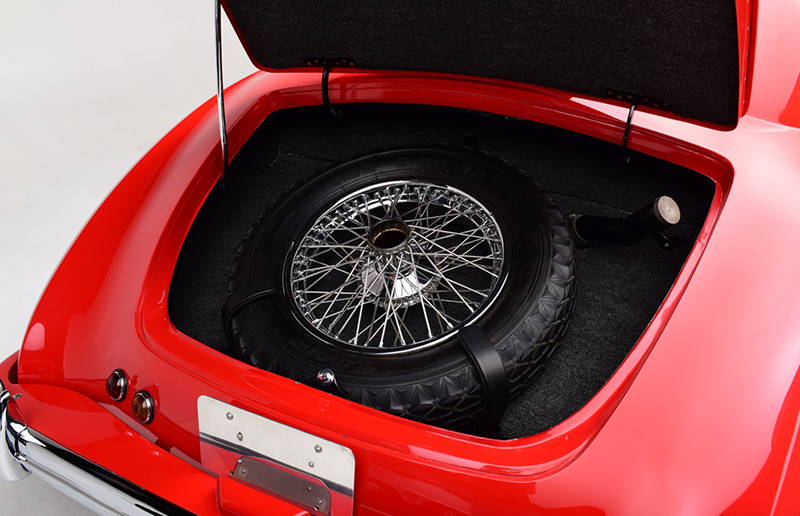 The T-26 Grand Sport was initially introduced on a 265-centimeter (104-inch) chassis; a mere 29 of these were produced. In the book “Jacques Saoutchik – Maître Carrossier,” marque historian Peter Larsen writes, “Since the launch of the 265 cm wheelbase chassis in 1947, there had been some rumblings that its extreme shortness in relation to its height, the physical size of the engine, its 18-inch wheels, as well as the need for a 120-liter fuel tank made it difficult for the carrossiers to achieve aesthetically pleasing shapes.” Lago eventually responded with the introduction of a longer 280-centimeter (110-inch) chassis in 1951. Although the production record is unclear, it is even more miniscule than the short-wheelbase chassis, with between four and six actually built and only three surviving. 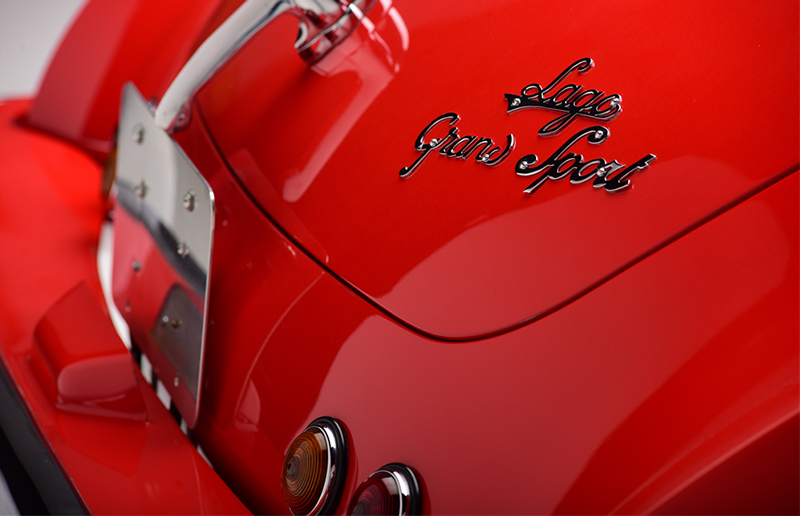 A stunning member of the 2018 Salon Collection at the Barrett-Jackson Scottsdale Auction, chassis 110156 is considered to be the second of the long chassis. Although several Grand Sports were bodied by Carrosserie Saoutchik, this example is a one-off. The advantages of the longer wheelbase are immediately evident when viewing the side profile, with its long, louvered hood that eventually gives way to the cabin placed far back on the chassis. Chrome tastefully adorns the exterior from the Buick-inspired waterfall grille to the chrome moldings atop the fenders. 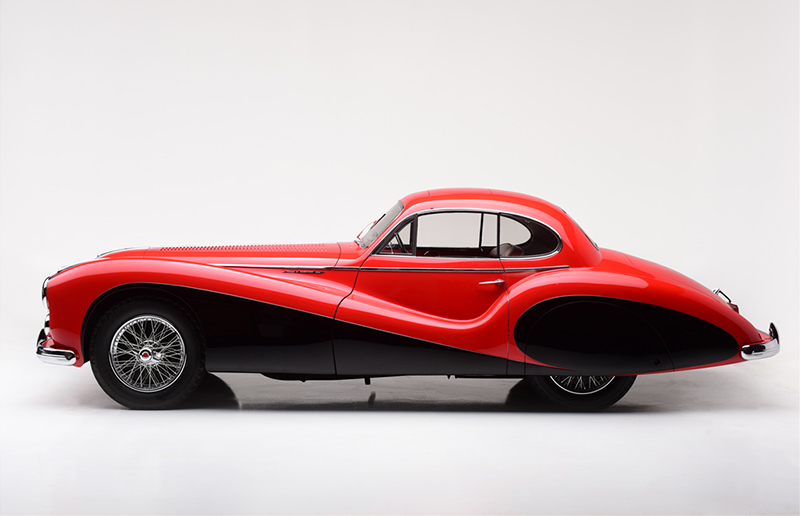 An additional chrome spear runs the length of the hood from the top of the grille to the base of the windshield, and another runs along the side of the body, gently sweeping upward past the quarter-windows. Plenty of visibility is allowed between the side and quarter-windows, which meet without the visual interference of a B-pillar. Of course, no touring coupe would be complete without a sunroof to let in additional light and fresh air when so desired. The notchback styling of the rear of the body flows into the rear end, with a long trunk that gracefully tapers down to the rear bumper, and further harmony is provided by the appearance of the skirted rear fenders. 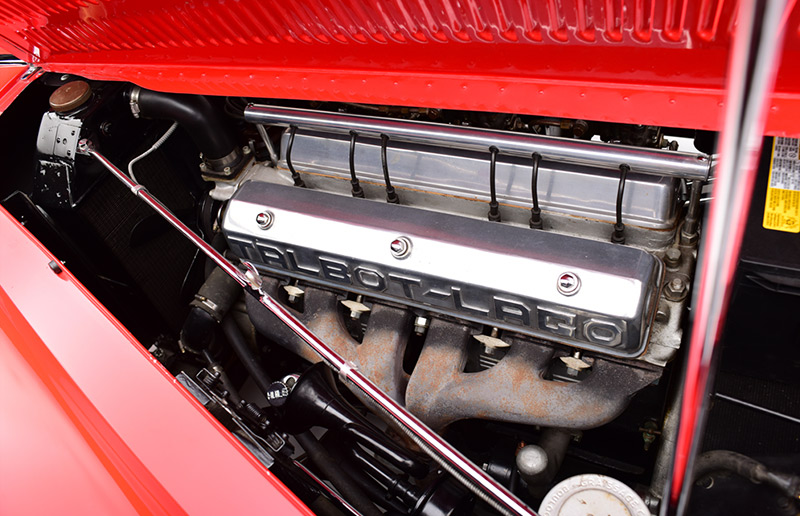 Delivered to its well-heeled customer in March 1951, known history picks up in the early 1980s, when it was owned by Maurice Harlaux, a colonel of the Belgian army living in Brussels, who also owned T-26 Grand Sport 110155. Although it had been cosmetically refurbished at some point, 101156 had never been comprehensively restored until 1983, when it came into the possession of Jacques “Frenchy” Harguindeguy. A well-known collector from Walnut Creek, California, Harguindeguy had an enviable collection of coach-built French cars, among them the 2000 Pebble Beach Best of Show-winning 1937 Delahaye Roadster. Frenchy restored the Grand Sport in its current livery in time to be shown at the 1984 Pebble Beach Concours. Displayed in an extremely competitive Talbot-Lago class that included nine cars, records show that 110156 came out on top with First in Class honors. From there the car passed to Don Williams of the Blackhawk Collection and later Erich Traber of Switzerland, who retained it for 17 years. The Talbot rejoined the Blackhawk Collection in 2006, where it has remained since. 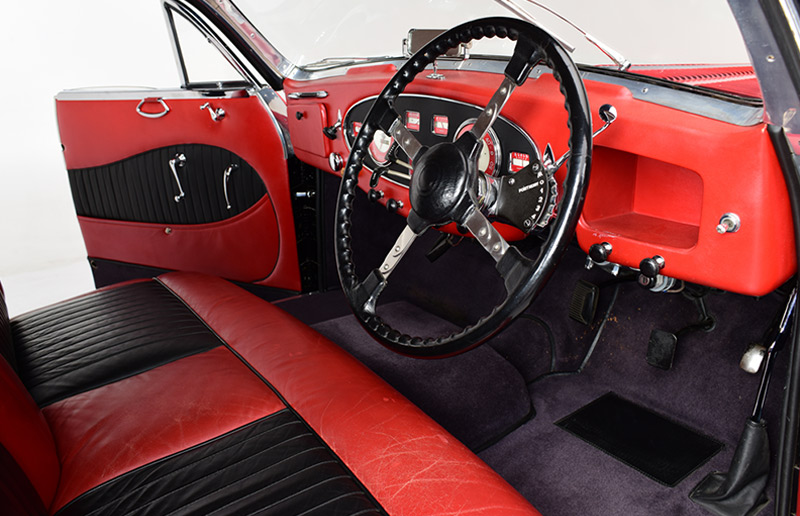 Still wearing the award-winning Harguindeguy restoration, the striking red and black exterior is matched by the leather upholstery in the spacious cabin. Fabulous, extraordinary, spectacular – these words represent the genius of Anthony Lago and Jacques Saoutchik, while their desire to produce their hand-built creations without compromise is embodied in this Talbot-Lago Grand Sport.

Magnificent Chevrolet Resto-Mods to be Offered at Barrett-Jackson’s Inaugural Ho...

Special 2021 Lexus LC 500 Convertible to be Auctioned for Charity at Barrett-Jac...