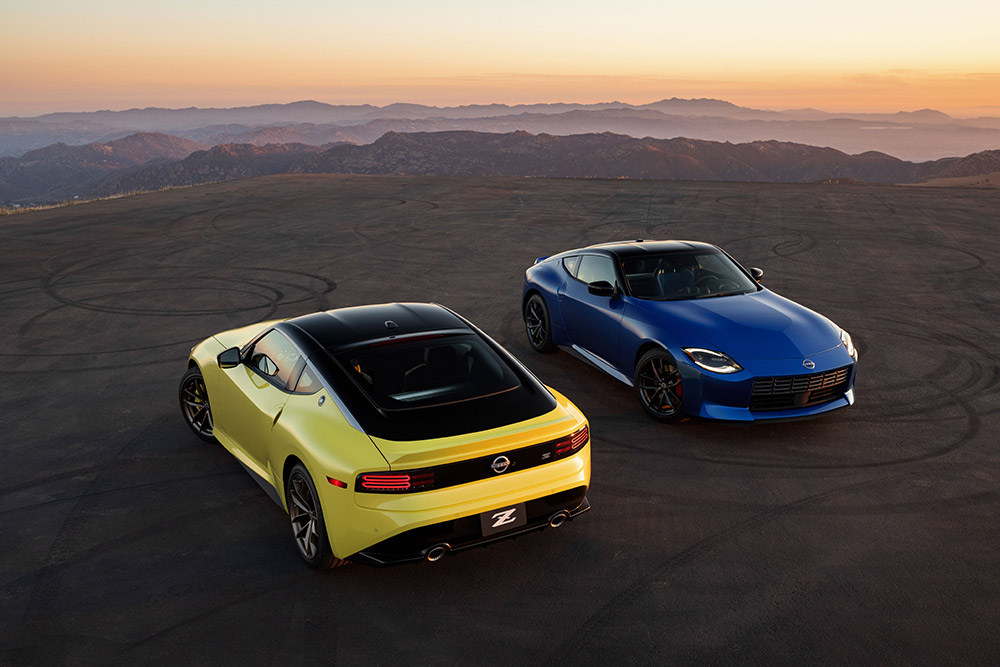 Nissan revealed the all-new 2023 Z sports car in a global broadcast from Brooklyn’s Duggal Greenhouse, about five miles from where the original 1970 Datsun 240Z made its world debut in October 1969.

“When we introduced the Z in 1969, the Z was a revolution. Since then, for more than 50 years, Nissan has brought style, speed, reliability and so much more to millions of enthusiasts around the world,” – Ashwani Gupta, representative executive officer and chief operating officer, Nissan Motor Co., Ltd.

While the six previous generations of Nissan’s iconic sports car all offered numeric designations, the long-awaited redesign will be known in the United States simply by just one letter – Z.

The 2023 Z offers a sleek, attractive exterior with a silhouette that shows respect for the original model – with a long hood and low rear stance. Inside, the driver-centric cockpit includes a 12.3-inch customizable racing-inspired meter display, available leather-appointed sports seats and 8-speaker Bose® audio system.

“The Z has always been an accessible sports car – always placed at the intersection of aspiration and attainability – of dreams and reality. This latest iteration is now ready to thrill Z enthusiasts, and create a whole new generation of Z fans as well, when it comes to market here in the U.S. early next year,” said Gupta.

The 2023 Z is offered in Sport and Performance grade levels and a special “Proto Spec” edition, which is limited to 240 units.