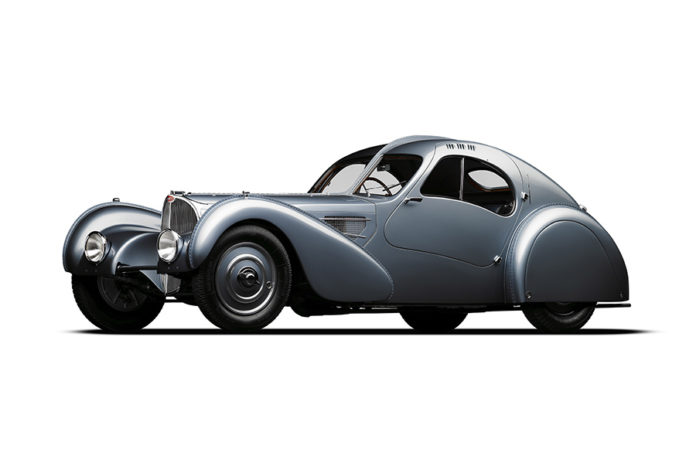 The Mullin Automotive Museum announced it will display seven French classics at various events during the world-renowned Monterey Car Week. Guests of the Rolex Monterey Motorsports Reunion, The Quail, A Motorsports Gathering and the Pebble Beach Concours d’Elegance will have a chance to see prized classics including the 2018 Peninsula Classics Best of the Best-winning 1936 Bugatti Atlantic 57SC, a 1950 Talbot-Lago Type 26 Grand Prix, a 1963 Citroën DS19 Concorde and more from the museum’s prestigious collection.

Since the Mullin’s inception in 2010, its mission has been to show and exhibit its cars to educate the public about twentieth-century French automotive styling and design. Monterey Car Week provides the ultimate stage for these French classics. 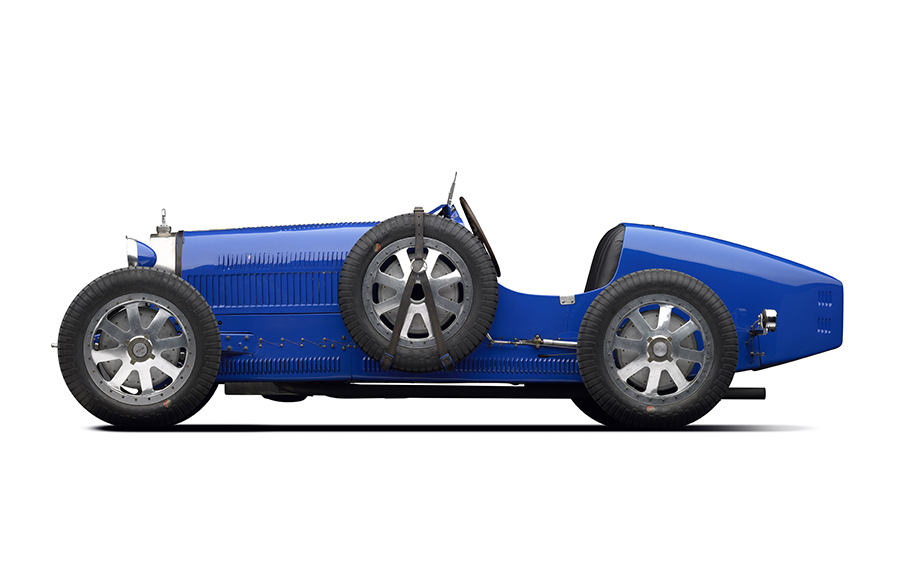 “Each year, we select some of the best motorcars to bring to the Monterey Peninsula,” said Mullin Automotive Museum Founder and CEO Peter Mullin.  “Aligning with the museum’s mission statement, these classics should be enjoyed not only in an exhibit setting but also in shows around the world. We’re excited about this year’s showcase and hope passionate car enthusiasts in attendance will be equally ecstatic.”

The Rolex Monterey Motorsports Reunion will return to Laguna Seca Raceway and feature the world’s most historically significant competition cars, driven the way they were truly intended. Four cars from the Mullin will be featured at this year’s event and will be available for viewing both up close in the pits and roaring down the main straight. 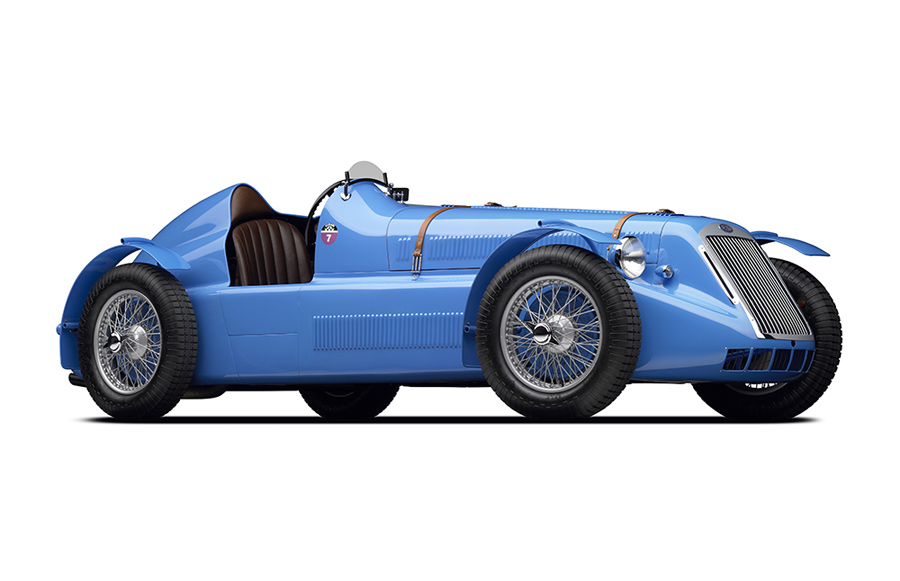 Setting the pace will be a 1925 Bugatti 35C Grand Prix, which began as the first 35A to be imported to England. The car was later transformed into a 35C in 1923 by former owner Dick Crosthwaite and marque expert Hugh Conway. In its original configuration, this car finished second at BARC Brooklands at a top lap speed of 103.22 mph driven by Christopher Staniland in 1926. The following year, it won the Brooklands Race and the Bugatti Cup, and subsequently was raced frequently in both Northern and Southern Ireland for several years with very successful results. Peter Mullin purchased the car in 1991 after Hamish Moffatt had completed its restoration in 1986.

A 1938 Talbot-Lago Type 26 SS Roadster will also make an appearance at the historic raceway. This Type 26 was originally designed by Figoni and Falaschi and later updated by the Chappe Brothers. The car raced at Le Mans in 1939 before being put in storage for the duration of World War II.

The Mullin will also show a 1946 Delage D6 Grand Prix, which secured podium finishes at the 12 Hours of Paris in 1948, the 24 Hours of Le Mans in 1949 and the 24 Hours of Spa in the same year. In 1950, the car campaigned in Le Mans once again and finished seventh overall. This marked the very last time a D6 would race at Le Mans until production completely came to a halt on Delahaye cars in 1953. One of only five in existence, the car will be a rare feature racing down the track at the Rolex Reunion.

Guests will also see another Mullin classic, the 1950 Talbot-Lago Type 26 Grand Prix, which helped develop the prestige of French racing and develop the reputation of international Formula racing worldwide. With its twin ignition plugs and sleek tapered body, the car has top speeds of more than 166 miles per hour. Since acquiring the car in 1992, Peter Mullin has driven it in vintage racing events all over the world. 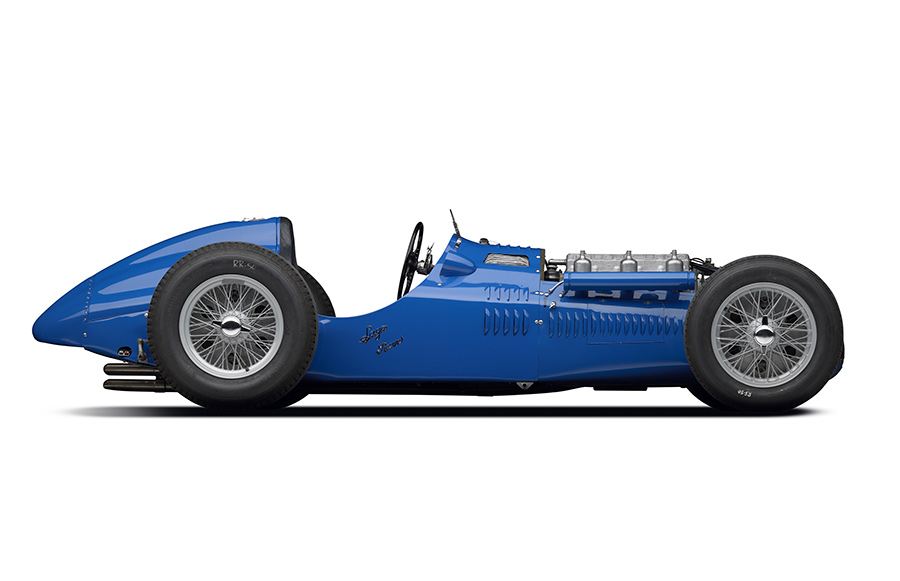 The crown jewel of the Mullin collection, a 1936 Bugatti Atlantic Type 57SC, will be displayed on the rolling grasses of Quail Lodge & Golf Club at The Quail, A Motorsports Gathering. This Atlantic represents the first of only three models ever produced. Marked by riveted flanges on a blue, all-aluminum body, this particular Bugatti is the only surviving “Aéro Coupé,” a designation given to the first two cars that were mechanically very similar to the aérolithe. Delivered new in 1936 to Britain’s Nathaniel Mayer Victor Rothschild, third Baron Rothschild, the car has had only a handful of owners in its 80-year history. 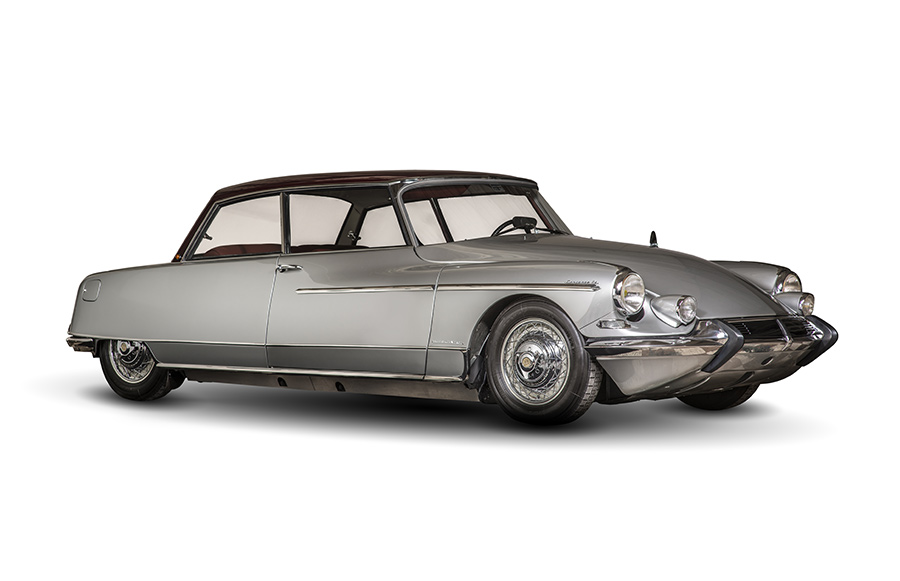 As the world’s foremost Concours event, the Pebble Beach Concours d’Elegance will feature two Citroëns from the Mullin collection. The first of which, the Henri Chapron-built 1965 DS19 Majesty, is one of only 27 models ever produced. Known for its higher and more angular roofline, the car was ordered by Rene Gaston-Dreyfus in 1964 with particular specifications including striking metallic paint and technologically advanced accessories. It will be a one-of-a-kind feature at the world-class event.

The second car to be showcased is the 1963 DS19 Concorde with its aerodynamic body and sophisticated hydropneumatic suspension. This classic also serves as an important example of elegant bodywork hand built by Chapron himself. One of 38 Concorde models ever made, the car was purchased by Peter Mullin in 2016 in Europe. 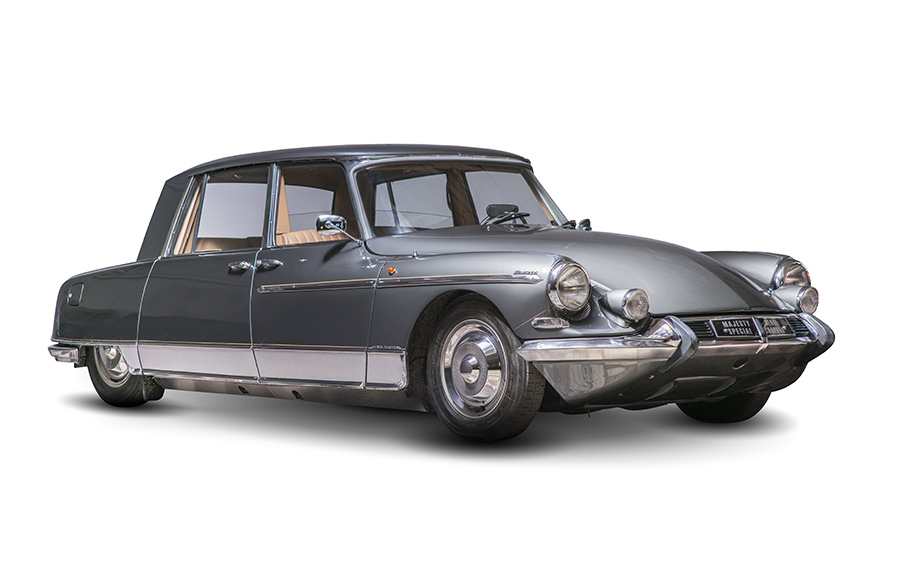 For more information about these cars and others in the Mullin Automotive Museum collection, please visit www.MullinAutomotiveMusuem.com.