Mecum Auctions to Present 600 Consignments for Auction at Convention Center 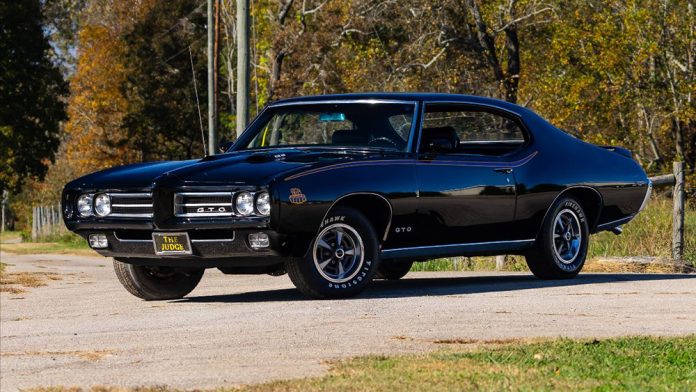 Mecum Auctions, the world’s largest collector car auction company, will hold an auction in Chattanooga, Tennessee, this Oct. 15-16 with an estimated 600 American muscle cars, classics, Corvettes, trucks, exotics, Hot Rods, customs and more to cross the auction block at the Chattanooga Convention Center. The auction will be held in conjunction with the Chattanooga Motorcar Festival and is the second of three events to be held by Mecum on back-to-back weekends throughout the month of October in what’s been dubbed the October Takeover; the remaining October Mecum auction will be held in the Chicago region, Oct. 21-23.

Among the featured lots consigned to the Chattanooga auction to date is a 1965 Lola T70 MkI Spyder (Lot F81) that was formerly owned by both Carroll Shelby and Dan Gurney and was campaigned by Dan Gurney’s All-American Racers. Fashioning a two-tone blue exterior with black interior, the No. 8 Lola is powered by a 5.0L Chevrolet V-8 engine with a Hewland 4-speed manual transmission. Another featured Chattanooga offering is a 1968 Shelby GT500KR Convertible (Lot S110), Shelby No. 03452, which has been thoroughly gone through and boasts a 428 CI engine and the convenience of an automatic transmission.

The North Lakes Private Mustang and Shelby Collection encompasses nine lots including seven Mustangs and a pair of Shelbys. The first of the Shelbys is a 2007 Ford Shelby GT500 Super Snake (Lot F99) with a Kenne Bell supercharger on a 5.4L/725 HP V-8 engine with just 6,900 miles, and the second is a 1985 Dodge Shelby Charger (Lot F100) that is one of 843 blue Shelby Chargers produced that model year and features a turbocharged 2.2L 4-cylinder engine.

The Moss Classic Car Collection offers six lots at no reserve including a 1955 Ford Crown Victoria (Lot S89.1) that is one of 1,999 produced in 1955 with a transparent glass top. Wearing two-tone black and white with a matching interior, the classic is powered by a 272 CI V-8 engine with a 3-speed manual transmission with overdrive. The collection also includes a 1969 Pontiac GTO Judge (Lot S90.1) with a 400 CI Ram Air III engine and a 4-speed transmission.

Those interested in consigning a vehicle for auction at Mecum Chattanooga 2021 can find complete details about the consignment process and pricing at Mecum.com. Bidder registration is available online in advance and on-site at the auction for $200, and it includes admission for two persons to the two auction days. Presiding health and safety protocols will remain in place for all those in attendance. For those unable to attend in person, enhanced remote bidding options are also available, including both online and telephone bidding.