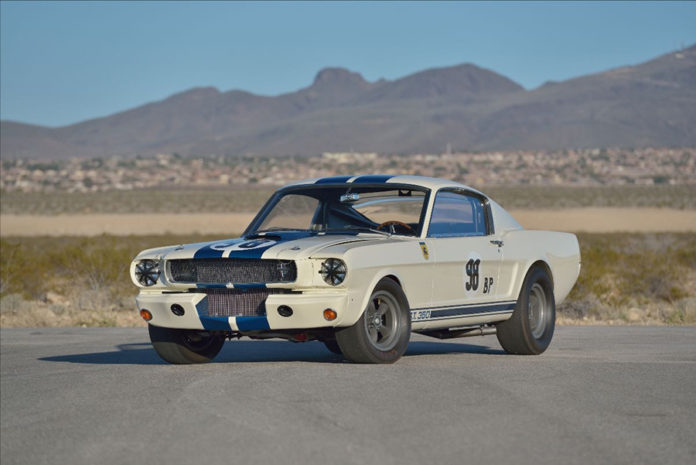 Mecum Auctions held its most successful Indianapolis auction to date as the 33rd annual flagship event climbed to just more than $74 million in overall sales. In all, the 2020 auction was host to 1,800 vehicles and more than 6,000 Road Art lots offered over nine auction days, July 10-18. The sprawling Indy lineup ultimately achieved an overall sell-through rate of 90% as the vehicles alone reached an exceptional 78% sold. Notably, 346 of the vehicles offered were sold to online-only bidders for a total of $10.3 million.

Headlined by the offering of the John Atzbach Shelby collection, the 2020 Indy auction was not only a historic event for Mecum, but it also added to the history books for the Ford Mustang, as 5R002—the 1965 Shelby GT350R Prototype (Lot F140) from the Atzbach stables—became the world’s most valuable Mustang ever sold. Demanding a final sale price of $3.85 million, the car exists as the first Shelby R-Model competition car built and the first Shelby Mustang to win a race, easily qualifying it as the most historically significant Shelby Mustang in the world; its record-setting sale in Indy marked yet another first place finish for The Ken Miles “Flying Mustang” as it eclipsed the world-record sale price of the original McQueen “Bullitt” Mustang sold by Mecum just six months ago.

“We put forth tremendous effort to follow, meet and exceed all of the safety protocols necessary to provide a safe environment to conduct a successful, full-scale live auction. Not only did we succeed, we raised the bar,” Mecum Director of Consignments Frank Mecum explained. “By enhancing both our on-site and live-online bidding processes, we were able to open so many new doors and allow everyone to participate in whichever way made the most sense for our customers. The results speak for themselves: the auction in Indy was the annual event’s best outcome ever, and I think I can speak for everyone here at Mecum in saying that we are thrilled to be back with live auctions for our customers and fans alike.”

The complete top 10 collector-car sales at the Indy 2020 auction include:

Live Road Art and online-only items offered via Mecum On Time were once again an indispensable highlight of the event, serving as an ideal complement to the available sea of collector cars. Of the more than 6,000 lots offered, the top seller was a large, vintage “Cobra Powered by Ford” autographed banner (Lot Q55) from the John Atzbach collection that brought $53,100. Other unique Atzbach offerings to demand top dollar included his embroidered, silk 1967 Le Mans Starting Flag (Lot Q114), which sold for $36,580, followed by his Ford A-1 Used Cars double-sided porcelain neon sign (Lot H143), a full set of 1965 Shelby American 427 Cobra Sunburst Wheels with Blue Dot tires (Lot Q35) and three J. Paul Nesse cast bronze sculptures, all of which sold for between $25,960 and $29,500 each.

The complete top 10 Road Art sales at the Indy 2020 auction include: