‘Racing Through the Ages’ Collection Commissioned by McLaren Beverly Hills 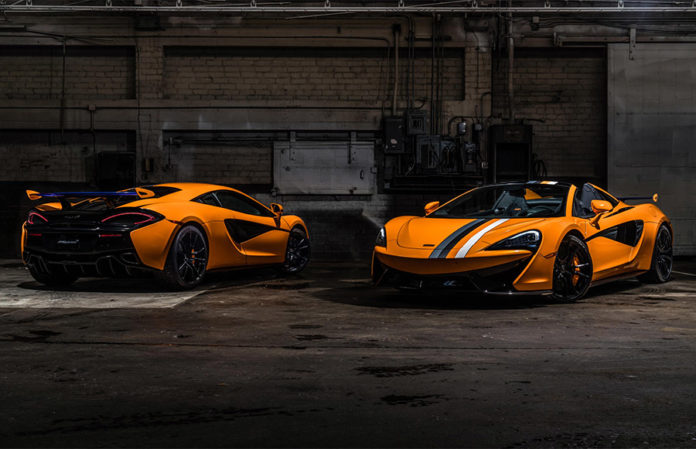 Racing Through the Ages, a collection commissioned through McLaren Special Operations (MSO) by McLaren Beverly Hills, debuted at An Evening with MSO on December 11th.

The collection, which commemorates McLaren’s racing heritage, features three distinct themes: Muriwai, which celebrates Bruce McLaren’s early racing exploits in New Zealand; Papaya Spark, which honours victories in orange throughout the 1960s and 70s and its continued use on modern Formula One cars; and lastly, Sarthe Grey, inspired by McLaren’s dominant Le Mans victory in 1995, the only time a manufacturer has won Le Mans on its debut. 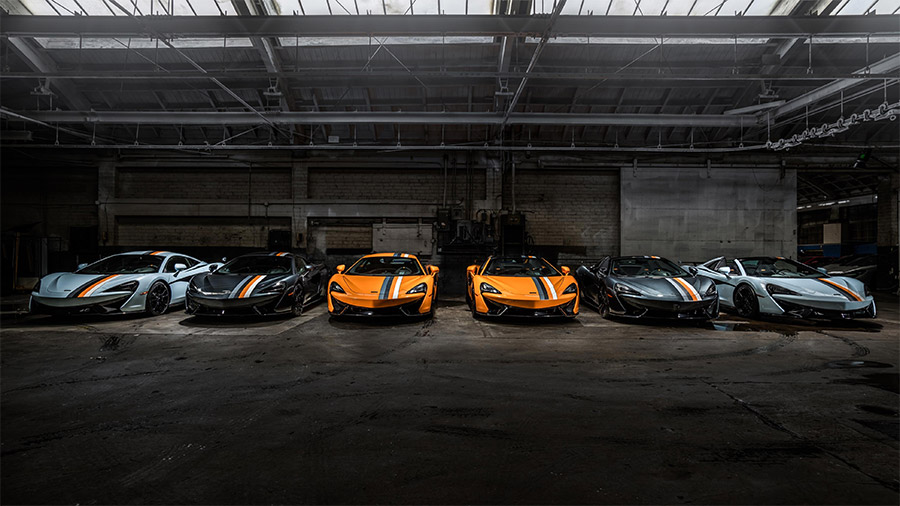 Each theme is represented by both a 570S Coupe and 570S Spider, for a total of six cars in the collection. All six cars are fitted with a special MSO designed, dealer fit rear wing and feature a GT4 racing stripe on the exterior hood and roof, complimented by the MSO Defined Black Pack, 10-Spoke Super-Lightweight Forged Wheels in Gloss Black and MSO Defined Titanium SuperSports Exhaust. 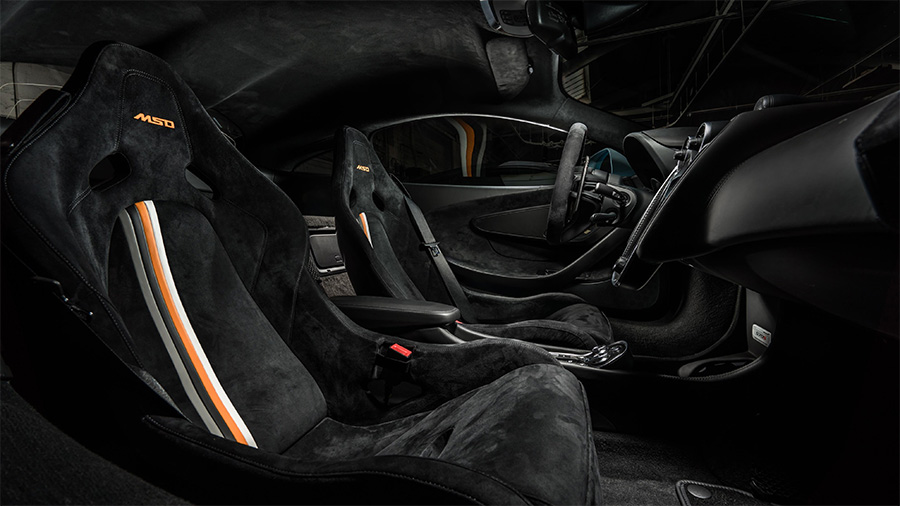 The interiors feature the GT4 stripe integrated into the backrest of the seat and the MSO logo stitched into the headrest, as well as a McLaren Orange 12 o’clock mark on the steering wheel. Each car also features a dedication plate stating “1 of 6 – RACING THROUGH THE AGES” and comes with a key finished to match the paint on the car. 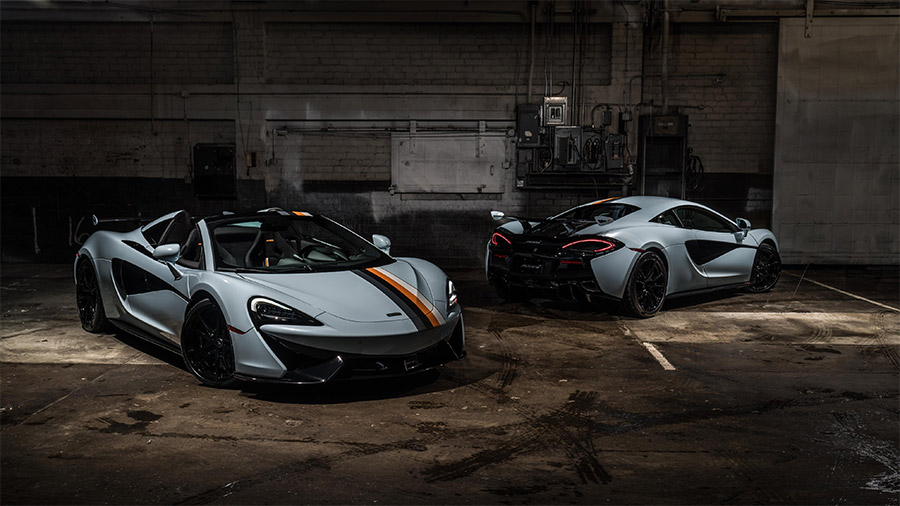 The Muriwai theme is represented by MSO Defined Muriwai White exterior paint, a colour inspired by the white/blue waves crashing on Muriwai Beach, New Zealand, where Bruce McLaren competed in his first race at the age of 15. Muriwai was also the name of the house he later built in Woking, which he painted white with blue shutters. The color extends to the endplates of the fixed rear wing, which also features the “Speedy Kiwi” logo in McLaren Orange. 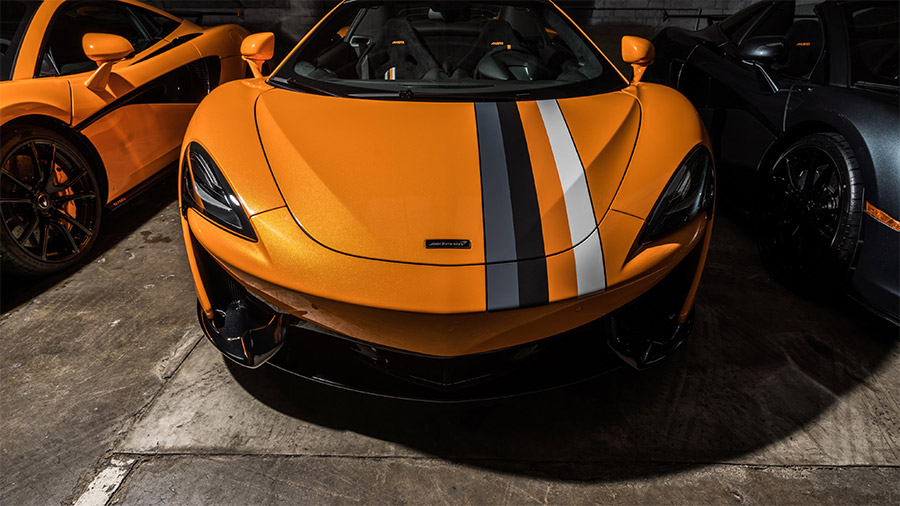 The Papaya Spark theme is represented by MSO Defined Papaya Spark exterior paint, which is an evolution of the papaya colour Bruce McLaren chose for his racing cars in the 1960s and 1970s. Major successes across Can-Am, Indy500 and Formula One were achieved with cars wearing this colour. The fixed wing is finished in Burton Blue with Papaya Spark endplates, paying honour to the iconic blue spoiler featured on the original racing cars. 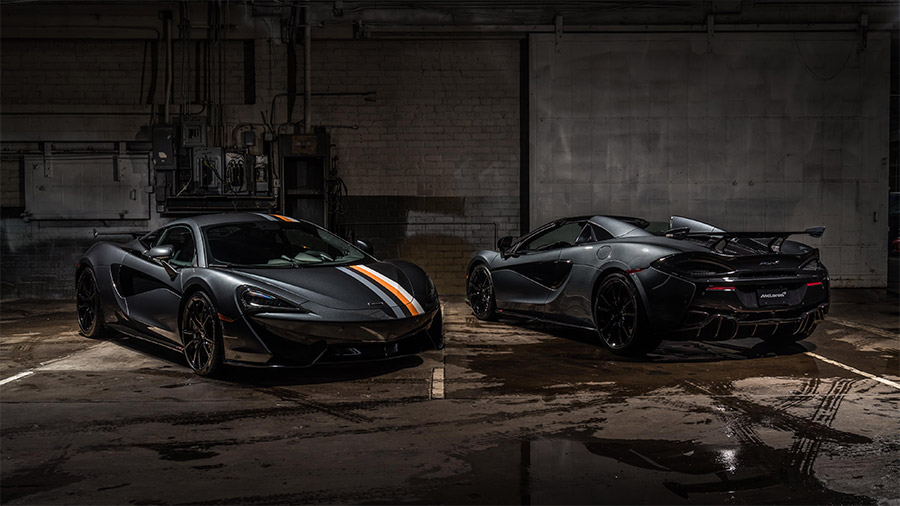 “It’s exciting for us at MSO any time we are able to merge McLaren’s racing heritage with current McLaren Automotive road cars,” said Ansar Ali, Managing Director, McLaren Special Operations. “Working alongside our retailers such as McLaren Beverly Hills to create these distinctive, limited editions of special cars for McLaren customers is an increasingly important part of our business as the demand for bespoke commissions becomes more popular.”

Such commissions have helped McLaren Beverly Hills be on track to become the number one retailer in the world in 2018 for McLaren Special Operations.