New McLaren 720S Set for the Next Generation of Supercar Enthusiasts 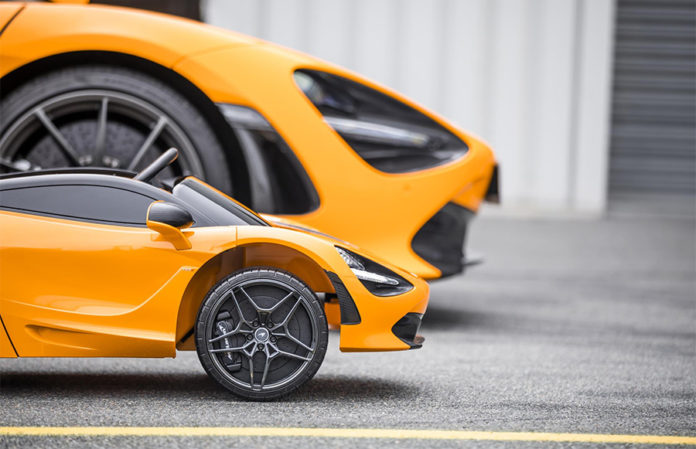 McLaren Automotive is pleased to confirm that the latest version of its multiple award-winning McLaren 720S – recently voted World Performance Car 2019 by the World Car of the Year jury – will be available now for the younger generation of supercar fans to ride home from selected global toy stores. 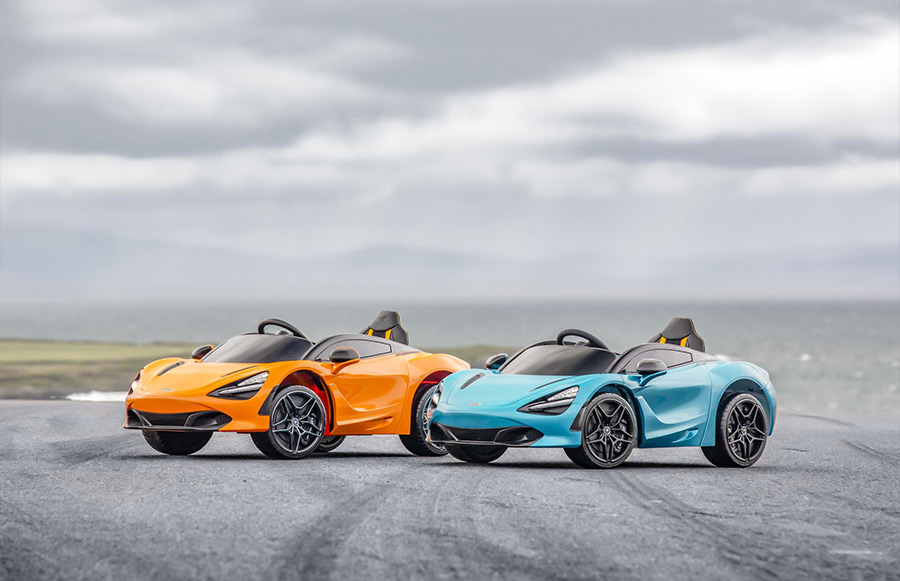 Empowering this young new generation of enthusiasts with the unparalleled driver involvement that has made the McLaren sportscars and supercars from Woking, UK, acclaimed around the world, the new Ride-On takes the genre to the next level of McLaren authenticity. And with a range of popular McLaren colours available, three-to-six-year-olds have never had it so good, being able to choose from Azores Orange, Belize Blue, Lantana Purple, Onyx Black, Mauvine Blue, Silica White, or Saros Grey. 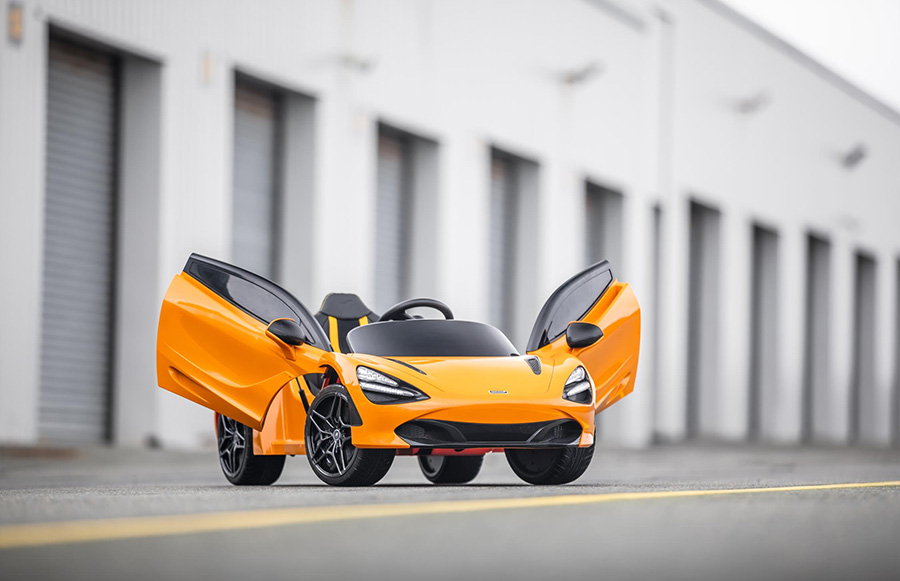 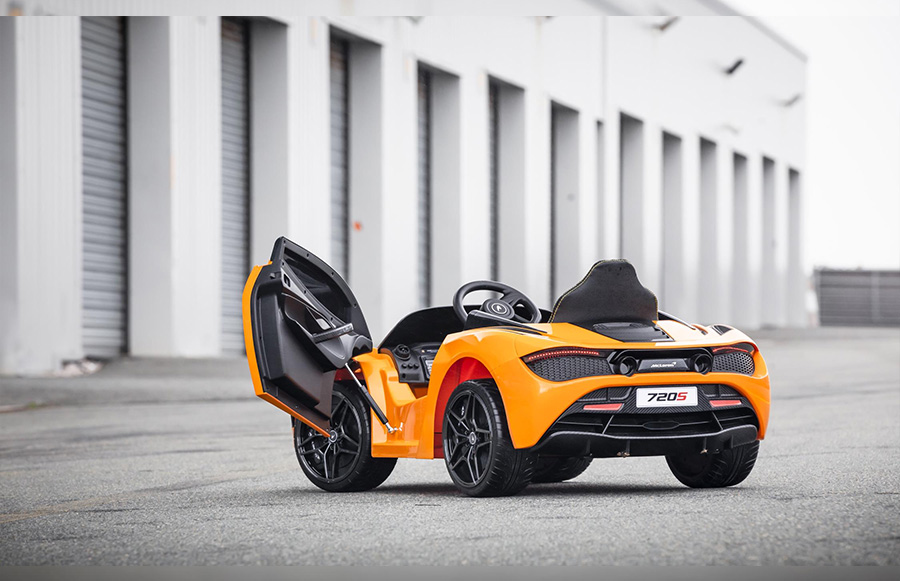 Now the McLaren 720S ‘Ride-On’ is set to become the talk of the playground by further embracing the McLaren ethos. Functioning dihedral doors combined with exposed carbon-style elements and signature 720S styling cues immediately identifies the model with the actual car. 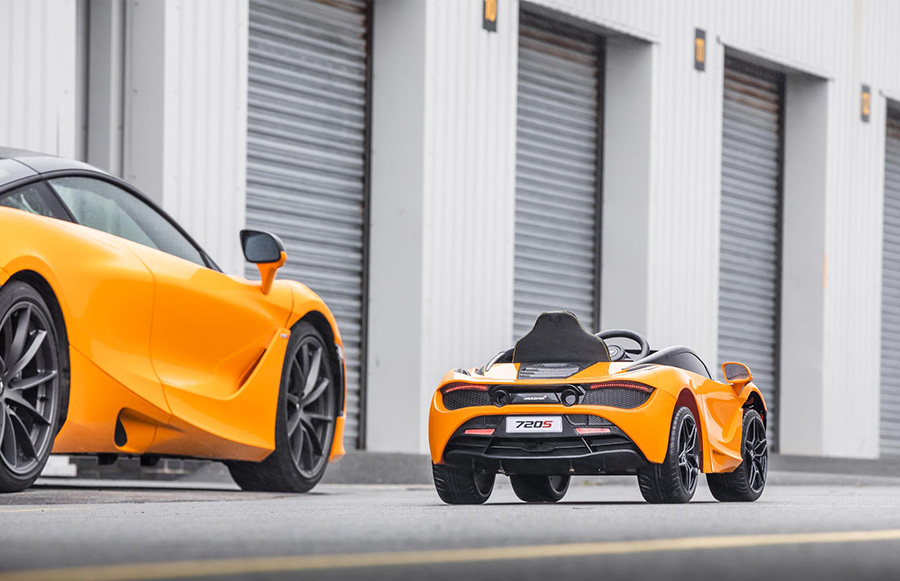 Availability of an authentic McLaren colour range for the first time on one of the brand’s ‘Ride-Ons’ confirms this as a playtime runabout that could only have come from McLaren. The exclusive launch colour, available later in the year and only through McLaren Retailers, is the McLaren heritage hue, Papaya Spark. Like the McLaren P1TM ‘Ride-On’, the McLaren 720S ‘Ride-On’ is powered by an electric motor operated by a working accelerator pedal with added engine sounds – because we all like to hear an engine! That “engine” operates with a key, but it can also be controlled by remote control to provide a degree of automotive autonomy, as well as parental control. A brake function –with brake light – and a dashboard display screen that gives key information will help to allay any toddlers’ range-anxiety. 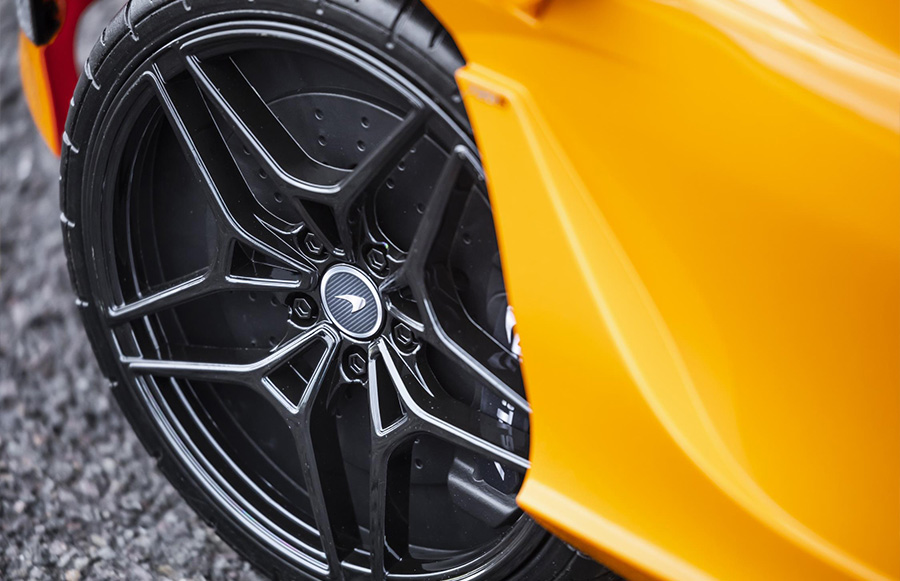 The screen also houses the infotainment system, with buttons for different functions on the dashboard. When not whizzing around the nursery, the youngest of all McLaren drivers can take time out to listen to music or watch a short movie by plugging a USB or SD card into the sockets provided. A selection of popular songs for six-year-olds is pre-loaded into the system. 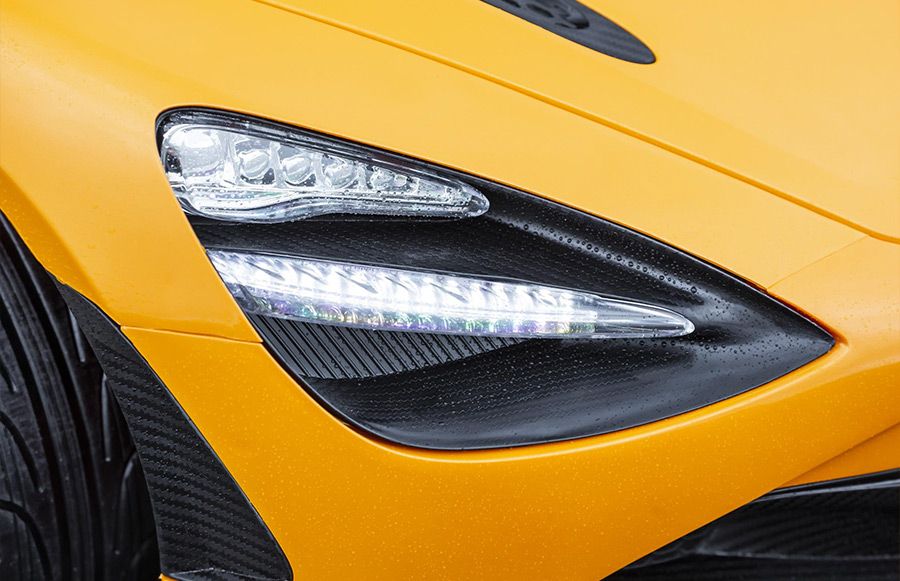 Priced from £315, the junior McLaren comes with an equally junior price. In fact, it would be possible to buy seven hundred 720S ‘Ride-Ons’ for the cost of one real 720S Coupé. But just like the real thing, however, every 3-6-year-old’s dream machine is expected to be in high demand.