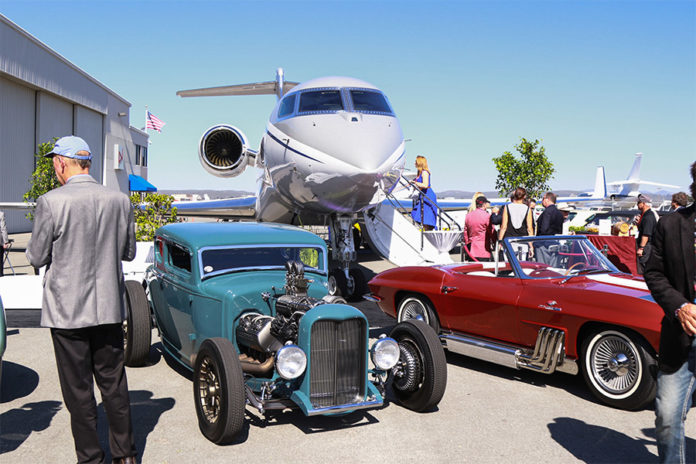 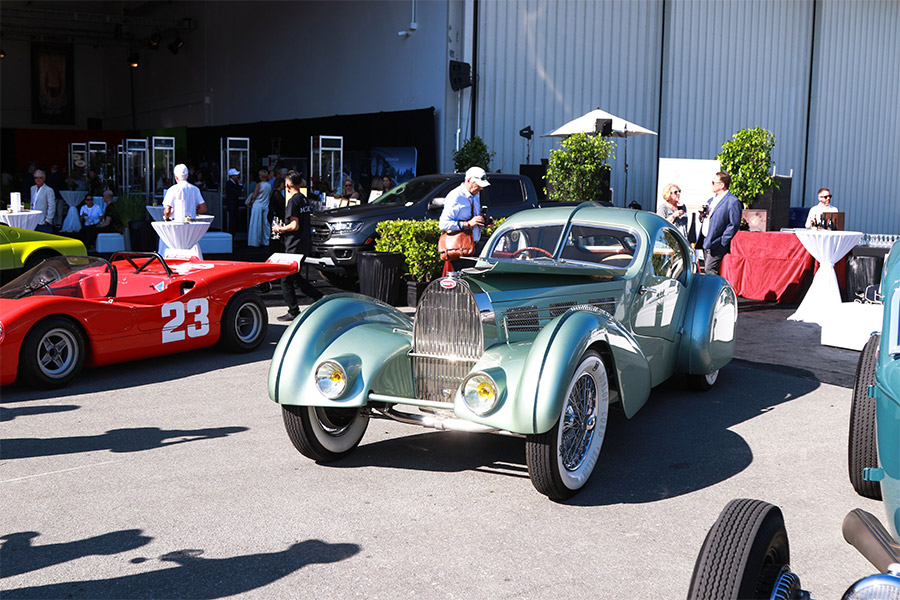 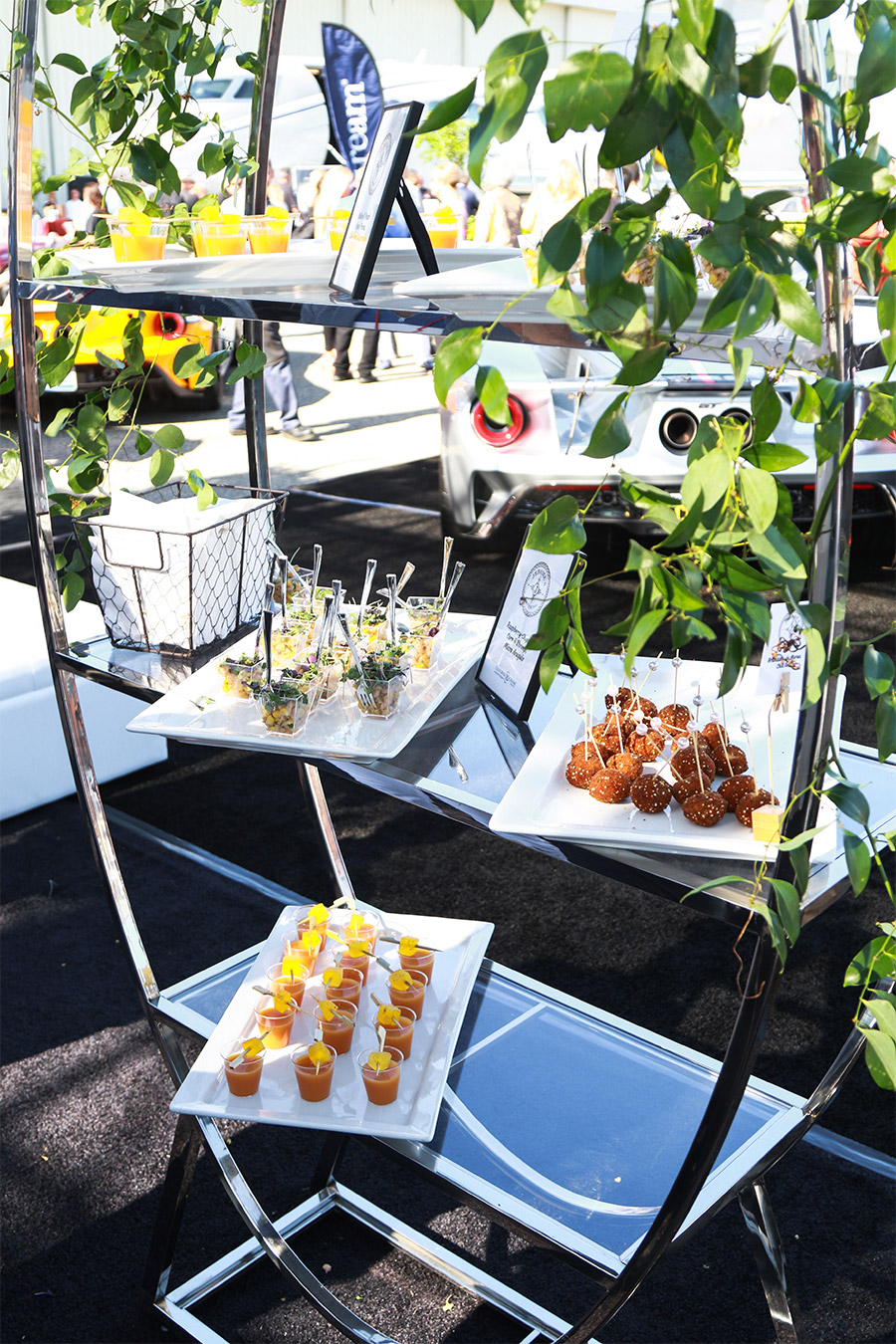 The unique environment on the tarmac and in the hangar of the Monterey Jet Center event featured a selection of some of the world’s finest classic cars, including a one-of-two 1978 BMW 320 Turbo lightweight race car campaigned by Jim Busby Racing in IMSA GTX competition. Other standout classics included an exacting replica of the 1935 Bugatti Aerolithe built on an original Bugatti Type 57 chassis using the same production methods and materials as the original car. 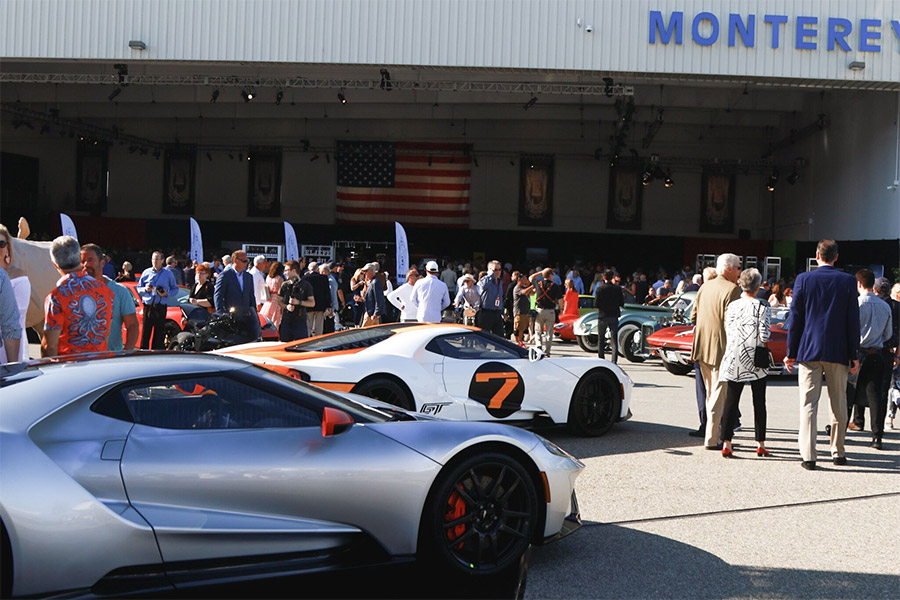 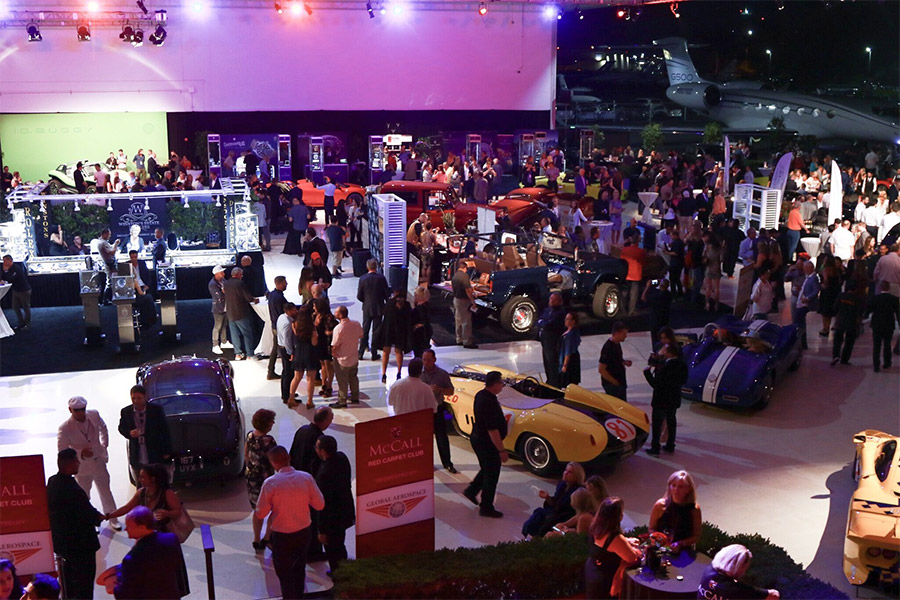 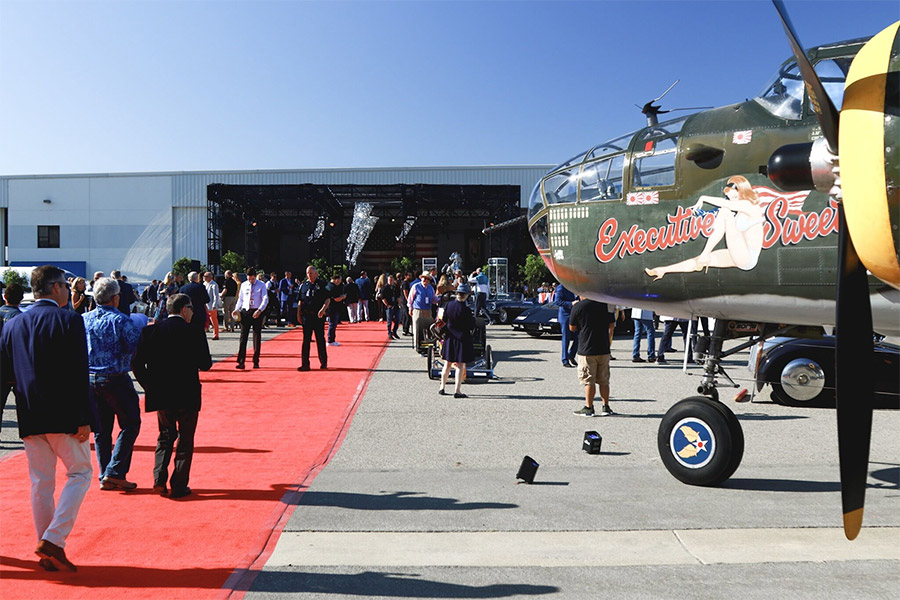 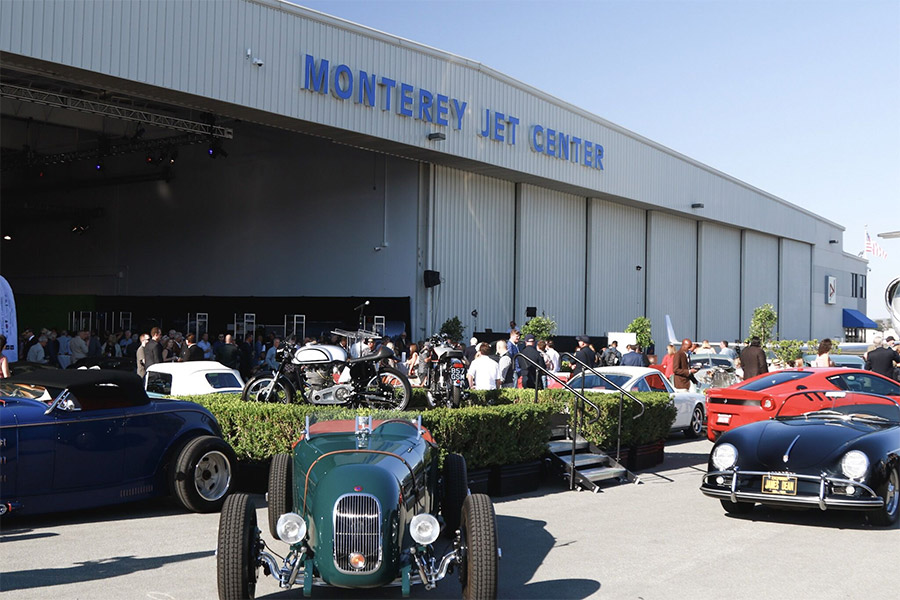 The aviation world was also well-represented at the event, with a rare B-25 bomber as well as the iconic P-51 Mustang. Along with these classic aircraft, a wide variety of new private airplanes were on display for attendees. These included the Gulfstream G500, Dassault Falcon’s 900 LX, Legacy 500 and Phenom 300E light business jet from Embraer, the single-engine Piper M600 cabin-class turboprop airplane, the PC-12 NG midsize turboprop airplane from Pilatus Aircraft and Textron Aviation’s display of the Cessna Citation Longitude super-midsize business jet. 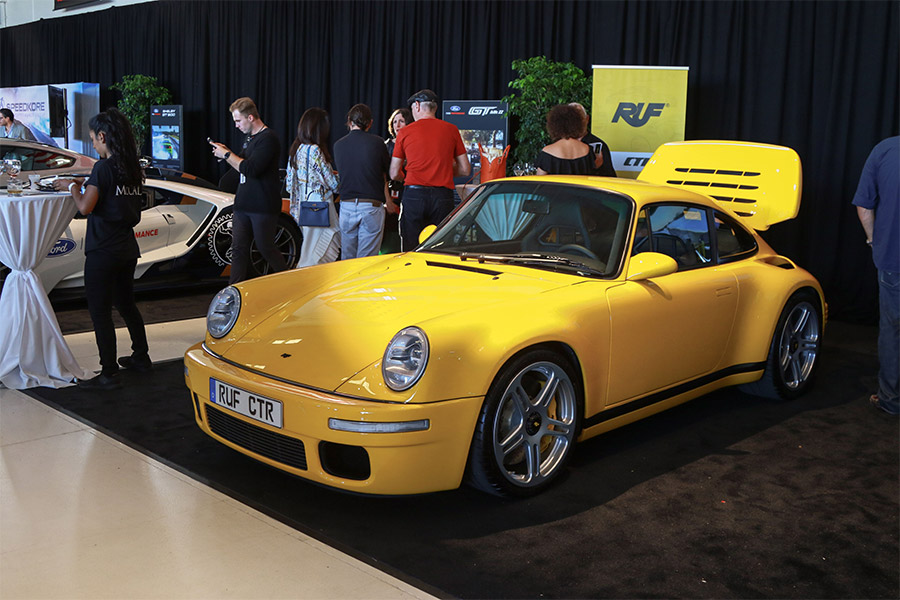 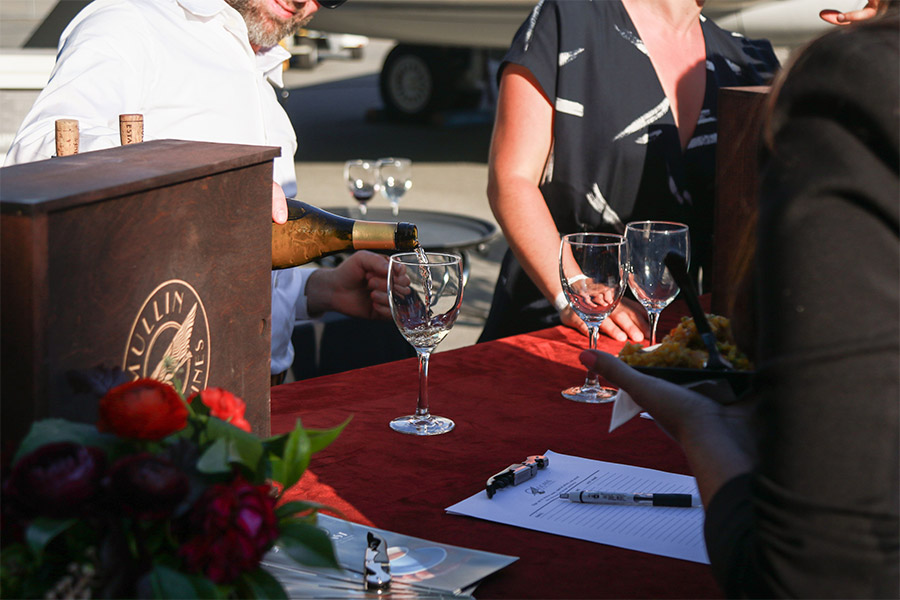 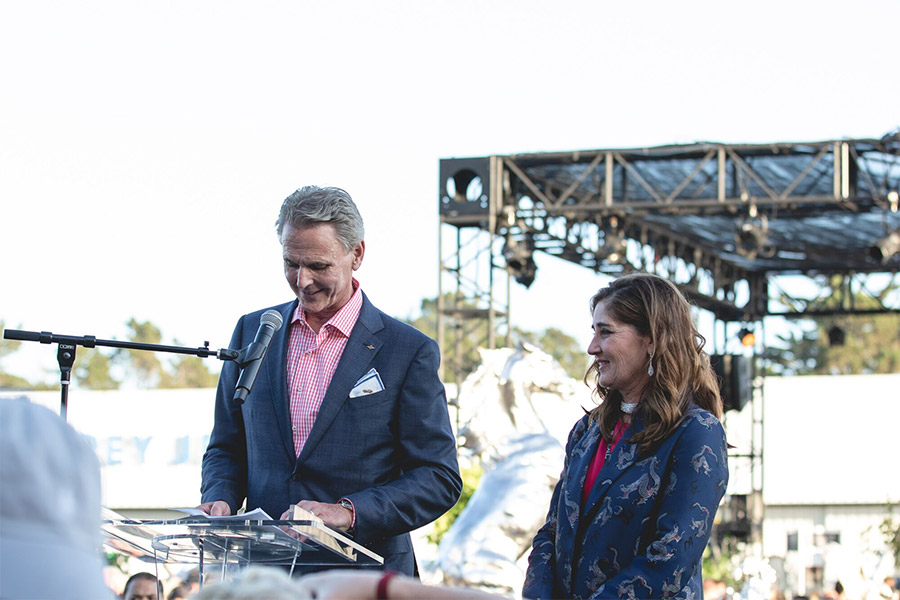 By: McCall’s | Photos Courtesy of: McCall’s

18th Annual The Quail, A Motorsports Gathering to Feature More Than 200 Rare and...