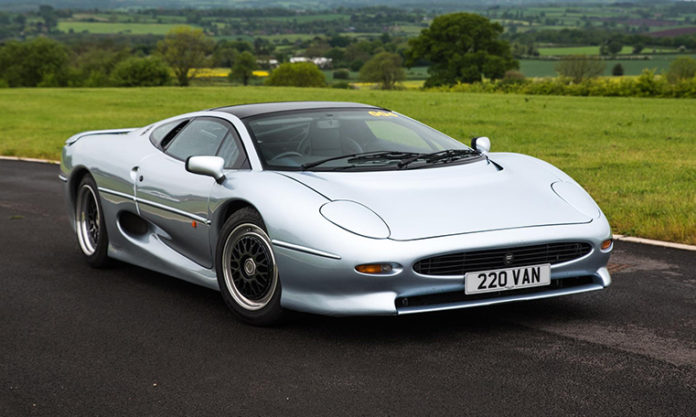 Special plans to celebrate the 25th anniversary of the remarkable Jaguar XJ220 at this summer’s Silverstone Classic (28-30 July) have moved up a gear with confirmation that two of the key inspirational figures behind the sensational supercar, Jim Randle and Keith Helfet, will both be joining the silver jubilee festivities.

As Engineering Director at Jaguar, Randle was the mastermind behind what is still the fastest, most exciting and most expensive road-going Jaguar ever created. Helfet was Jaguar’s senior sports car designer and the brains behind the XJ220’s stunning – and astonishingly ageless – styling. 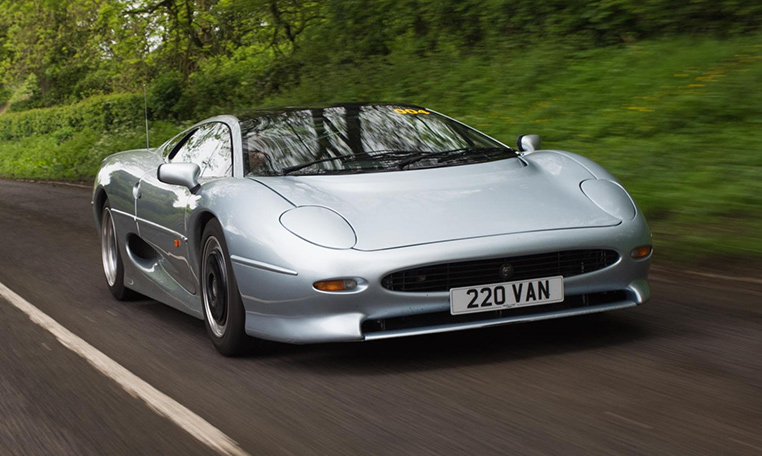 The two leading lights were recently reunited at Don Law Racing in Staffordshire, the world-renowned family-run organisation that has assumed global responsibility for the XJ220 having taken over the business from JaguarSport. Amazingly, it was the first time either Randle or Helfet had visited Don Law’s thriving enterprise, so it was an emotional experience for all parties. More so, as there were no fewer than 22 XJ220s in situ undergoing various renovations, some amazingly with just delivery mileage on their odometers.

“It’s absolutely extraordinary what Don and his team are doing,” enthused Randle. “To have so many cars here is incredible. They are clearly doing a lovely job.”

Helfet echoed those sentiments: “What Don is doing is fantastic,” he said after casting his eyes around the DLR workshop. “If anything or anybody is maintaining the legacy and the reputation of the 220, it’s him. This is an eye-opener and really heart-warming for me.” 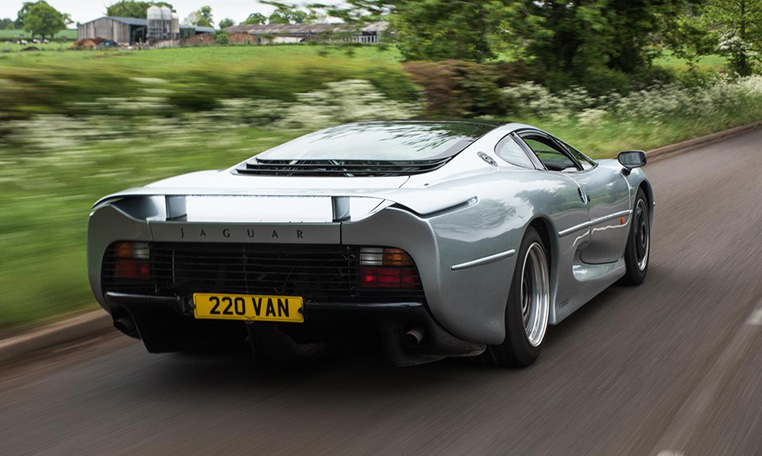 Law, who will be curating the record display and parade at Silverstone in July, was every bit as thrilled to have such XJ220 royalty on his premises.

“It was an absolute privilege and honour to have Jim and Keith visit us,” he confirmed. “The XJ220 is very much their brainchild, and that the car is still so admired today, is a true tribute to their incredible vision. I know all the XJ220 owners and enthusiasts coming to the Classic will really treasure their presence at the event. The car has an incredible story to tell and, who better to tell it than the two men who made this incredible project possible.”

Indeed, the story behind the most extraordinary car ever to bear the Jaguar name is well worth sharing. Believing Jaguar needed something very iconic to rebuild its tarnished image, Randle set out to create a Group B supercar to take on the combined might of Ferrari and Porsche. However, with limited resources at his disposal, he was forced to seek a team of a dozen unpaid volunteers willing to work after hours and at weekends. 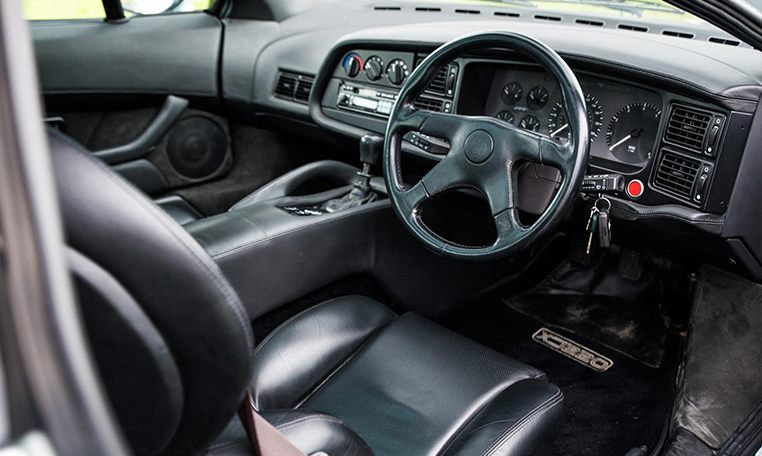 Famously known as the ‘Saturday Club’, this small team created the sensational XJ220 concept car which was unveiled to rapturous applause at the NEC Motor Show in October 1988. Jaguar was inundated with blank cheques as more than 1,500 enthusiasts and speculators clamoured to get their hands on of one these gorgeous V12-propelled show-stoppers. A response that forced Jaguar to grant approval for a limited production run of 350 road cars.

A dedicated JaguarSport joint venture was set up with the company’s then competition partner, Tom Walkinshaw Racing, and soon afterwards the fairytale continued with HRH The Princess of Wales opening a brand new XJ220 factory in Bloxham near Banbury.

When customer sales started in June 1992 (hence this year’s 25th birthday celebrations) the dramatically-styled, mid-engined, two-seater supercar – priced at a not inconsiderable £400,000 plus VAT – was not only Jaguar’s fastest ever production car but also the fastest production car on earth, officially clocked at a then peerless 212.3mph.

At this point, though, the story took a turn for the worse. The world was heading into economic recession and many of those bowled over by the original prototype weren’t quite so excited by the downgraded specification of the eventual production car. 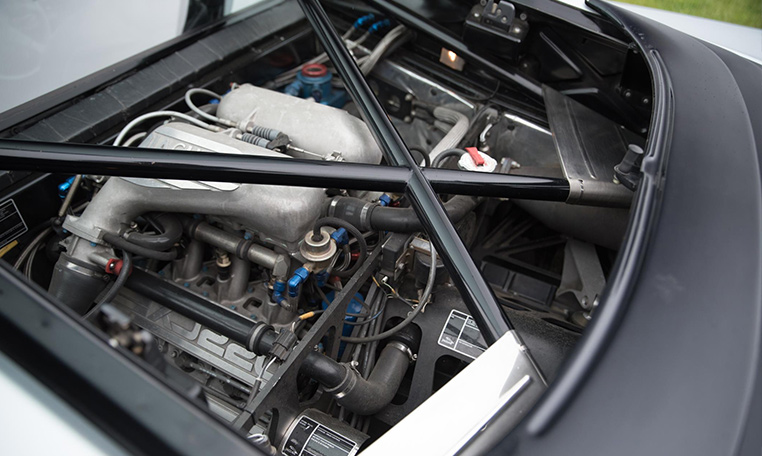 Although originally conceived to feature a V12 engine plus four-wheel-drive, the customer version came with a 3.5-litre twin-turbocharged V6 – albeit developing a sizable 542bhp – delivered to just the rear transaxle.

In the end, when production ceased in 1994 with just 281 cars built, Jaguar was left with 150 unwanted XJ220s many of which were eventually sold off for less than half of their list price.

However, now 25 years on, the XJ220 is starting to be respected by motoring aficionados and serious collectors alike. Prices are rising fast and, with no little thanks to those custodians at Don Law Racing, the ultimate Jaguar is starting, rightly, to be acclaimed as one of the world’s significant supercars.

“It does seem the world is rediscovering the 220,” confirmed Helfet. “I believe the special anniversary parade at the Classic will not only be a very memorable occasion but also a major turning point in the 220’s turbulent history. There’s still so much interest and goodwill in the car. Looking back, it was the craziest, the most heroic and even the silliest of projects. However, 25 years on, I’m still very proud of it.” 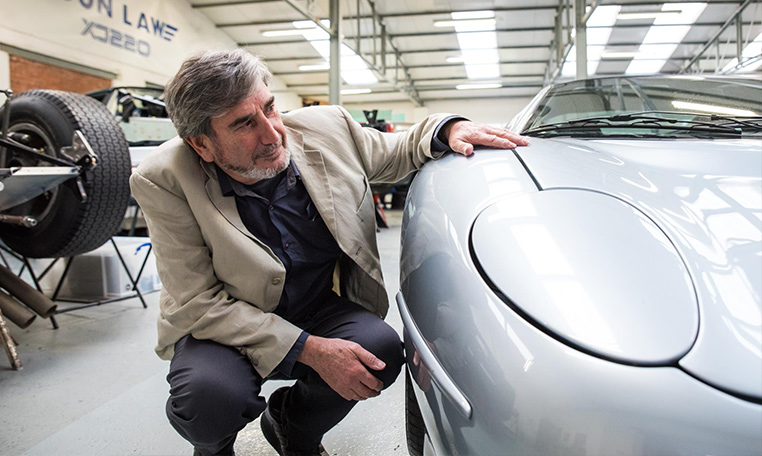 Randle remains a firm believer that the V12 route would have produced a better result, but he is pleased that Helfet and other members of his small volunteer team are getting the recognition they deserved. He’s delighted, too, that the surviving members of the Saturday Club are being invited to share in the celebrations.

“It’s incredible how fast 25 years have passed,” he reflected. “My memories are mostly quite happy, as much for the people involved as anything else. It was for them a life experience and I’m sure they’d all be very happy to know that 25 years on the car is still putting smiles on people’s faces.”

Fans wishing to be part of these notable record-breaking XJ220 celebrations must purchase tickets in advance. Adult admission starts at £43 and weekend camping and hospitality upgrades are available. All tickets provide access to racing paddocks, trackside grandstand seating, live music concerts on both Friday and Saturday evenings featuring the Bootleg Beatles and Tony Hadley formerly of Spandau Ballet, vintage funfair rides, air shows and car club displays as well as a host of other family-friendly demonstrations, activities and entertainment.

Full ticket details and all the latest news is available on the official website: silverstoneclassic.com and via the event’s social media platforms.