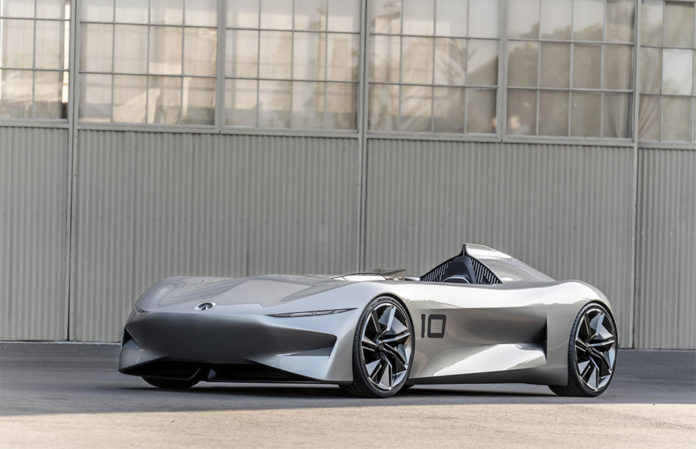 Bridging past and future, the INFINITI Prototype 10 recaptures the spirit of early speedsters for an era of electrified performance. Revealed today for the first time at the 2018 Pebble Beach Concours d’Elegance, the concept represents a physical manifestation of INFINITI’s creative and ambitious plans for electrified performance. 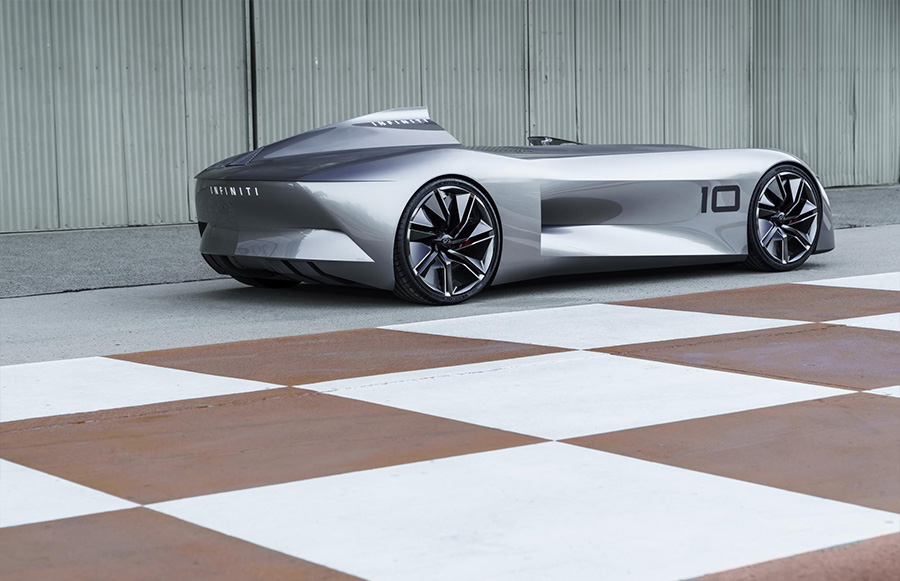 As a brand with technological innovation at its core, electrification is a natural next step for INFINITI. From 2021, every new INFINITI model will be electrified, feature electric drivetrain technology to enhance performance. The Prototype 10 provides a window into INFINITI’s desire to deliver driving pleasure, thrilling performance, and range confidence. 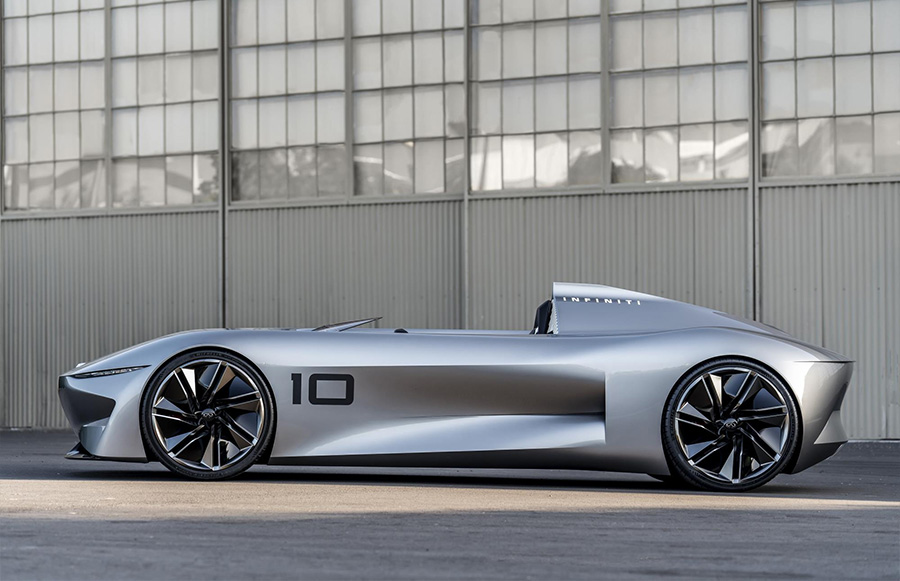 Following the ground-breaking Prototype 9 concept first revealed at the 2017 Pebble Beach Concours d’Elegance, INFINITI has ‘looked back to go forward’ with the Prototype 10. A future vision realised by INFINITI designers, Prototype 10 evokes the spirit of early Californian speedsters, and is informed by some of the most iconic car designs of all time. 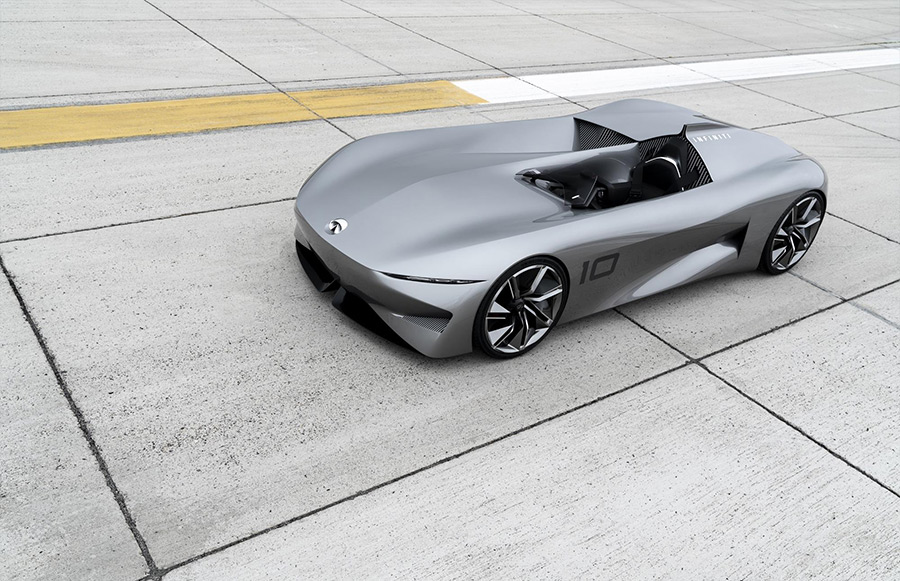 This is the first project to come to fruition under the direction of Karim Habib, INFINITI’s new Executive Design Director, and it hints at how the brand’s design teams will evolve the appearance of its production cars. A project spanning the globe, the Prototype 10’s creation has been overseen by INFINITI’s Japan design centre, designed digitally in the UK, and crafted by hand in San Diego, California. 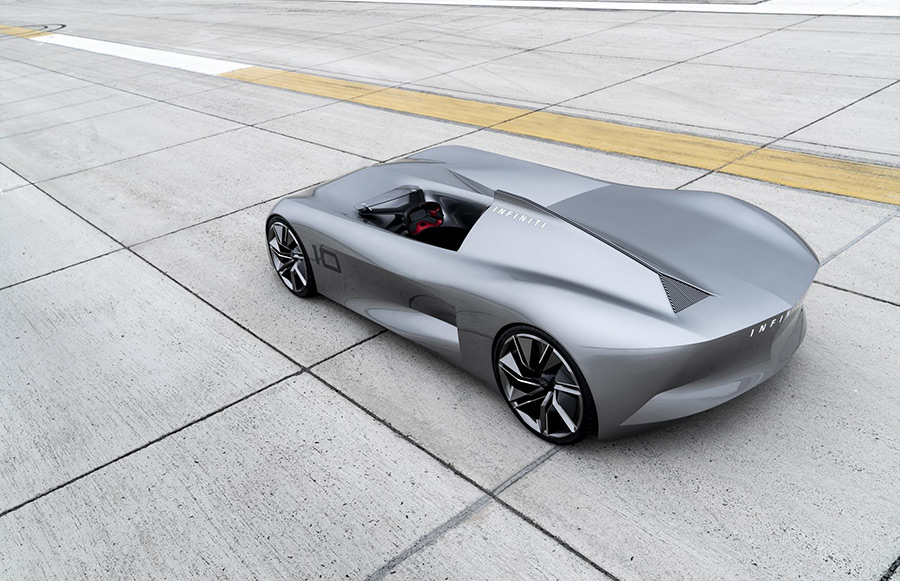 The new concept is resolutely forward-looking in terms of its aesthetics and is a natural evolution of the form language first seen in the INFINITI Q Inspiration and Prototype 9. The monoposto (single-seat) cockpit is consistent with INFINITI’s driver-focused approach, and is indicative of the new opportunities created for INFINITI by adopting electrified powertrains and flexible vehicle platforms. 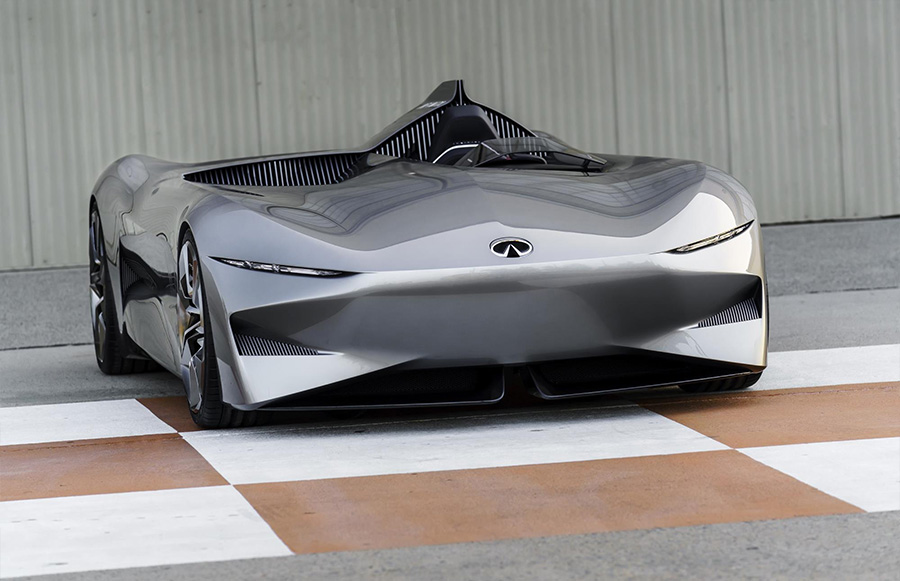 “We all feel a certain degree of passion when talking about roadsters and speedsters. We are equally passionate about the potential that electrification holds for the future of our cars – a daring speedster is the perfect study for our designers to explore an electrified future and ignite such excitement.” – Roland Krueger, President, INFINITI

By: INFINITI | Photos Courtesy of: INFINITI