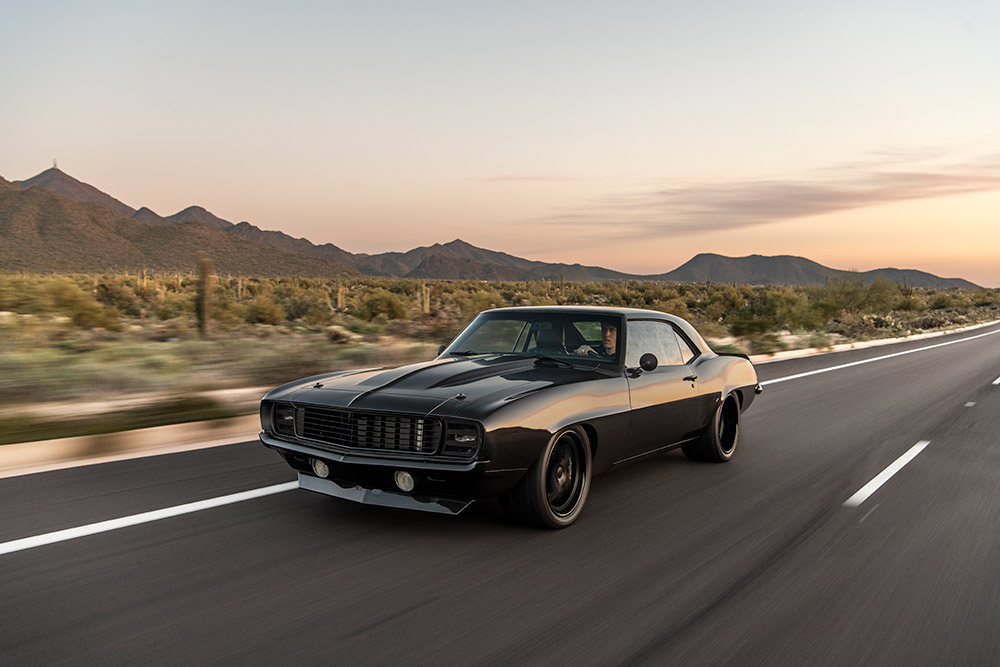 Viral’s fully custom carbon-fiber body is engineered to OE specifications using prepreg autoclave-cured carbon fiber to deliver maximum lightness while retaining rigidity and strength. The body is covered with BASF Glasurit Clear to show off its modern craftsmanship, while LED lighting, flush-mounted glass and billet hinges and handles round out the exterior finishes. The custom interior is appointed with VXR seats and Alcantara-covered door panels from TMI, an Alcantara headliner, gauges by Classic Instruments and an Old Air Products climate-control system. Entertainment features an Alpine head unit with a Mosconi five-channel amp and Focal speakers and subwoofer. A custom-built four-point rollbar adds protection, while a carbon rear-seat delete sheds additional weight.

The Finale Speed team continues to innovate by interpreting and modernizing America’s most iconic muscle cars in a way that exceeds client expectations. The 1969 Camaro has long been an icon of style and performance, and Viral takes that to the next level. With its full carbon-fiber body, modern drivetrain and bespoke interior, Viral represents classic muscle turned supercar for the modern performance era.

The Viral 1969 Camaro is available as a roller body or turnkey finished vehicle. For more information on Viral and Finale Speed’s other projects, visit www.finalespeed.com and follow along on Instagram and Facebook.