By: Veloce | Photos Courtesy of: Veloce 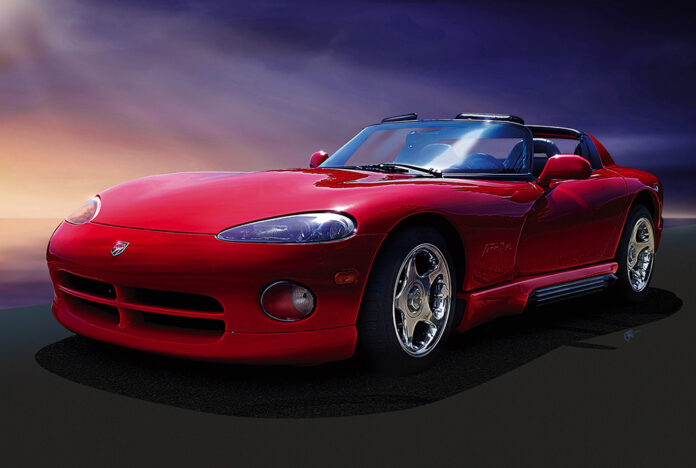 The Viper stunned Americans by showing that Dodge, whose cars were all front-wheel drive (and mostly powered by four-cylinder engines), could make a raw, brutal, V10-powered car that could run with the best. Team Viper went a step further at Le Mans, proving that an American car could handle turns, too – so well that it won its class, repeatedly, at a fraction of the cost of the cars it beat. This book covers the transition from a concept to a rough and brutal rocket to a world-class supercar, and includes every generation. The story also tells of the rough times when the entire Viper business could have been sold to the highest bidder, and considers alternative paths the 2013-17 Viper might have taken.

This is not just a gushing tribute to the Dodge Viper, the author provides an objective view of the full story, using business, historical, and enthusiast perspectives. The book looks at the business case for each generation, the development stories and their outcomes, and describes some of the issues owners may have to watch out for, particularly in the early models.

BULLET POINTS
• The complete history covering all the Viper years
• Includes the “Viper-powered” Dodge Ram SRT-10 and Dodge Tomahawk
• Also features some related Chrysler concept cars
• Based on past works, archive material, tech documents, and interviews with people inside and outside of Chrysler, past and present
• Includes coverage of the two factories – Mack and Conner
• Tells the stories (some contradictory!) of how the original concept was created and approved as a real production car
• Talks about some of the issues owners should look out for
• Illustrated with colour photos of each generation
• Covers the “almost sale” of the Viper rights and plant
• Written by the founder and original publisher of Allpar.com

Exciting News on the Horizon: Corvette Stingray Coming to Fo...

Seabourn Odyssey is scheduled to sail on a series of newly-revised, seven-day voyages
Read more