By: Dodoge | Photos Courtesy of: Dodge 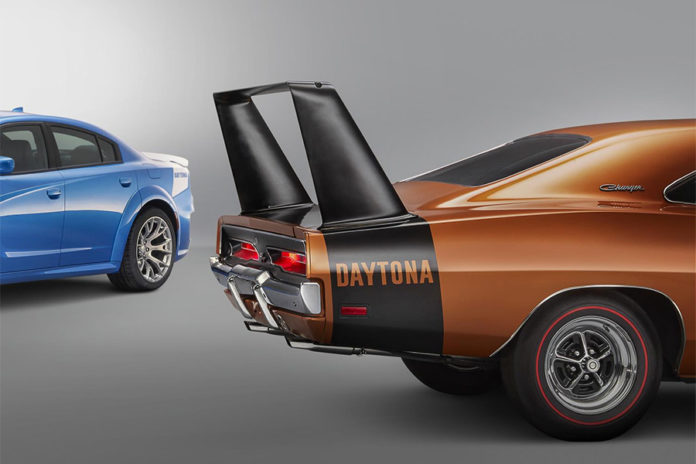 Dodge is continuing to push the boundaries of performance, introducing the most powerful Charger ever – the 717-horsepower 2020 Dodge Charger SRT Hellcat Widebody Daytona 50th Anniversary Edition – raising the performance bar even higher with the most powerful and fastest mass-produced sedan in the world.

Fifty years ago, Dodge launched the infamous Dodge Charger Daytona model with its huge wing and massive nose specifically designed to dominate in NASCAR racing. The Daytona prototype was the first car to break 200 miles per hour (mph) average lap speed and set a record that stood for 17 years. Coveted by collectors ever since, only 501 copies of the 1969 model were produced – the minimum number required to qualify for use on the NASCAR circuit. 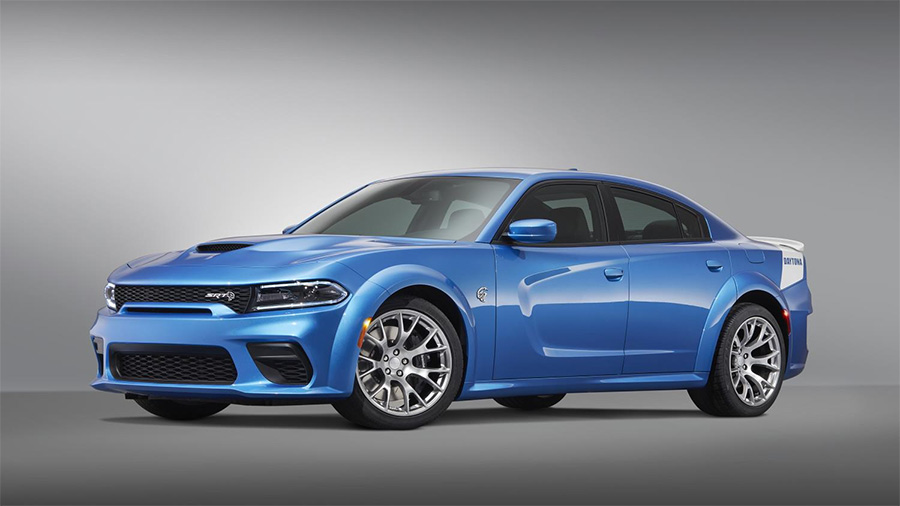 Today, Dodge salutes its high horsepower heritage with the new 717-horsepower 2020 Dodge Charger Daytona 50th Anniversary Edition. Its design, attitude and the limited-production numbers all pay tribute to the original record-setting Daytona. A unique “Daytona” decklid, rear-quarter decal with matching spoiler and Daytona-exclusive B5 Blue paint are throwbacks to the 50th anniversary. Like the legendary 1969 Daytona, production of the Daytona 50th Anniversary Edition is limited to 501 units.

“The Dodge brand continues to push the boundaries of performance with the most powerful and fastest mass-produced sedan in the world, the Charger SRT Hellcat Widebody,” said Tim Kuniskis, Global Head of Alfa Romeo and Head of Passenger Cars – Dodge, SRT, Chrysler and FIAT, FCA – North America. “Today, with the introduction of the limited-production Charger SRT Hellcat Widebody Daytona, we are both recognizing the Dodge brand’s performance heritage and staying true to our roots by offering high-performance, collectible vehicles that continue to defy the trends and deliver attainable performance that can’t be found anywhere else.” 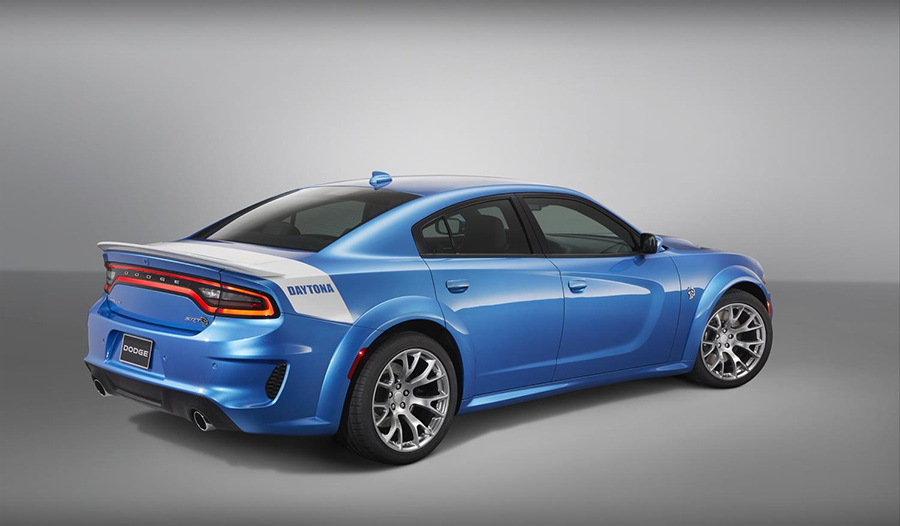 Performance enthusiasts can check out the new 2020 Dodge Charger Daytona 50th Anniversary Edition this weekend during the annual Woodward Dream Cruise this weekend. Dodge will display the new Daytona Edition, along with the new 2020 Dodge Charger SRT Hellcat Widebody, the 797-horsepower 2019 Dodge Challenger SRT Hellcat Redeye and much more, on Saturday, Aug. 17 at 50881 Woodward Ave., between Orchard Lake and Pike streets, in Pontiac, Michigan.

Created in 1969 as a 501-unit, purpose-built production run to qualify for NASCAR racing, the Charger Daytona set records with its distinct aerodynamic styling and legendary HEMI® power. The new Charger Daytona 50th Anniversary Edition builds on this celebrated history by adding more performance to North America’s only four-door muscle sedan. 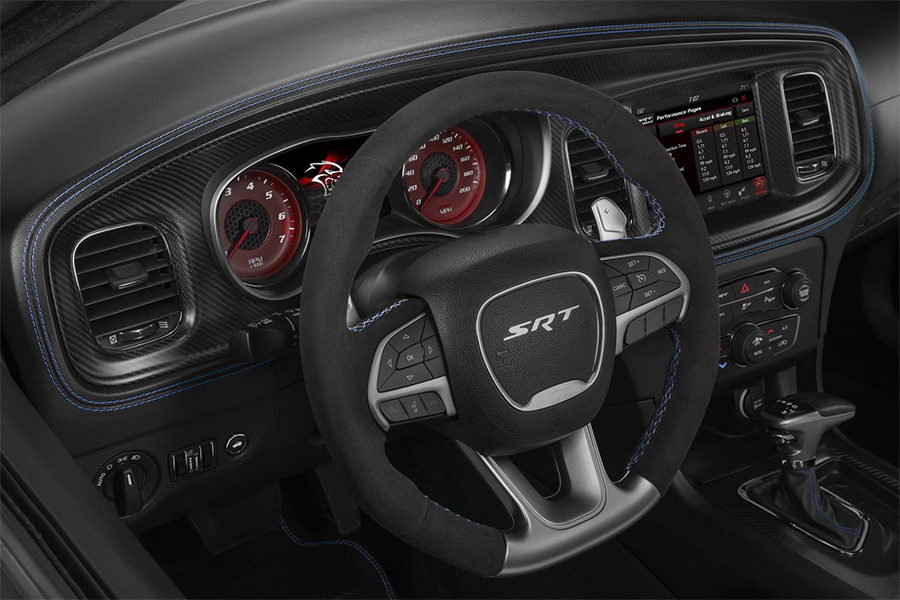 Building on this legacy, the Charger SRT Hellcat Widebody is the most powerful and fastest mass-produced sedan in the world, adding 3.5 inches of width with wider wheels and tires that are unmistakably Dodge//SRT, creating an aggressive, planted stance unlike any other four-door sedan on the market. The Daytona 50th Anniversary Edition ups the ante by increasing the shift points to 6,100 rpm in automatic mode, which yields a 10-horsepower boost from 707 to 717 exclusive to this model. 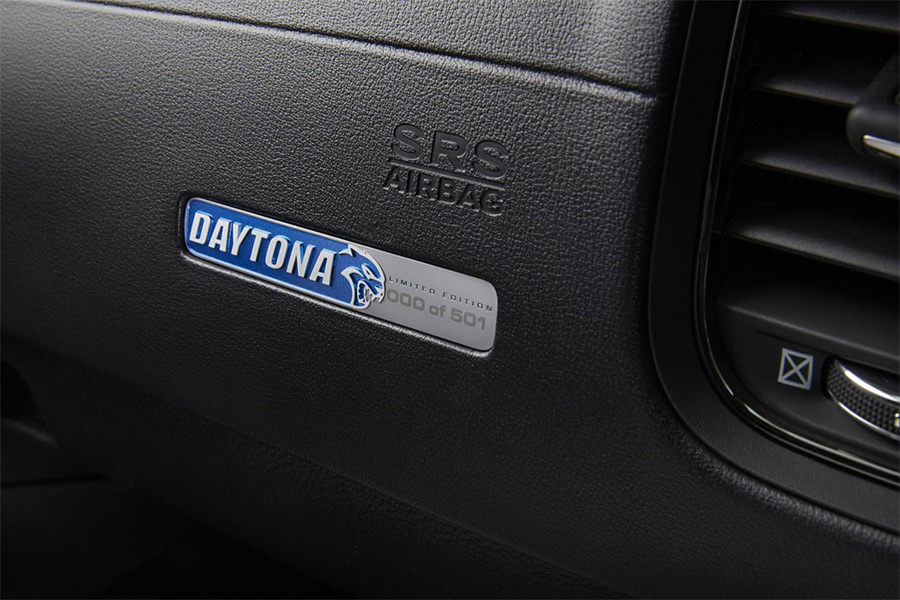 Dodge designers reached back into the Daytona’s storied past to create cues for the 50th Anniversary Edition, including “Daytona” decklid to rear-quarter decal with matching spoiler. The “Daytona” decal, spoiler and Hellcat badge are white on B5 Blue, Pitch Black and Triple Nickel models. On White Knuckle models, the “Daytona” decal and spoiler are Blue and the Hellcat badge has a bright finish. 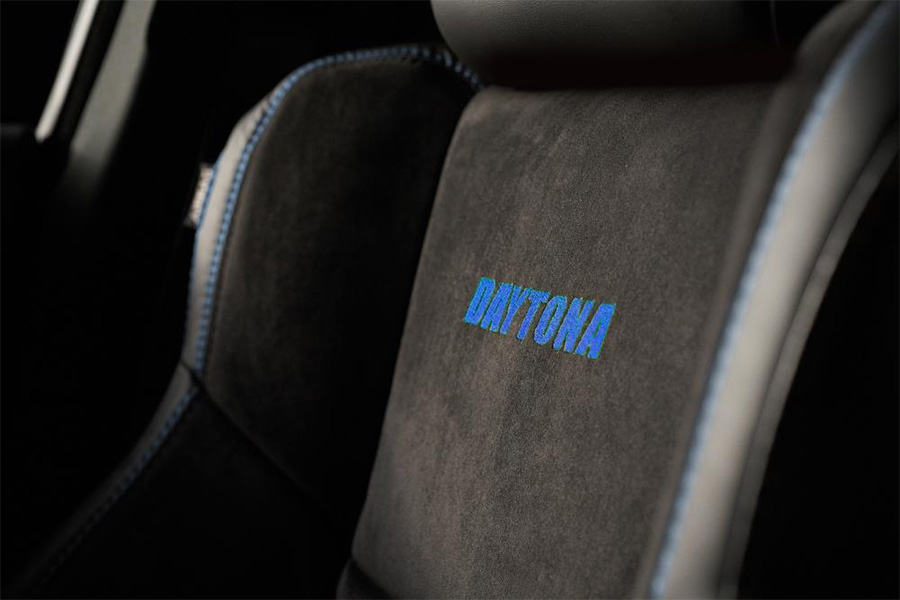 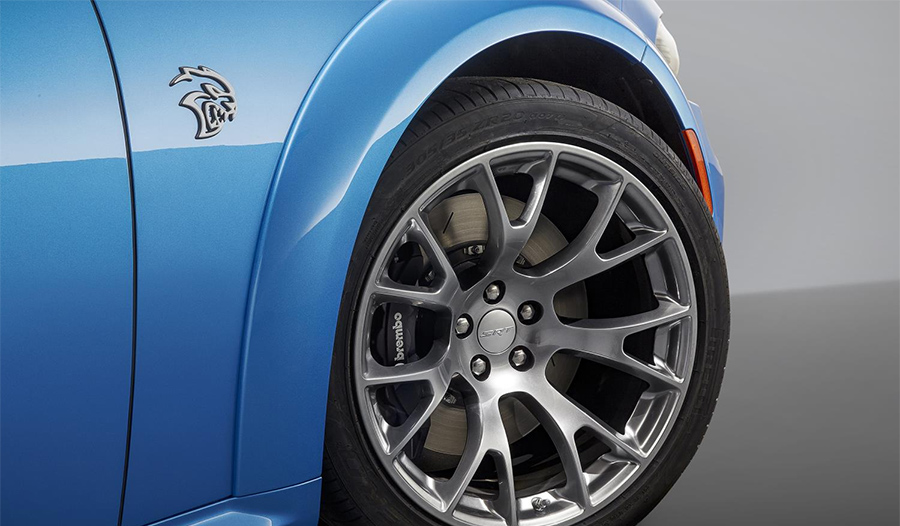 A custom IP badge with the Hellcat and Daytona logos is located on the passenger side identifying each vehicle as “x out of 501.”