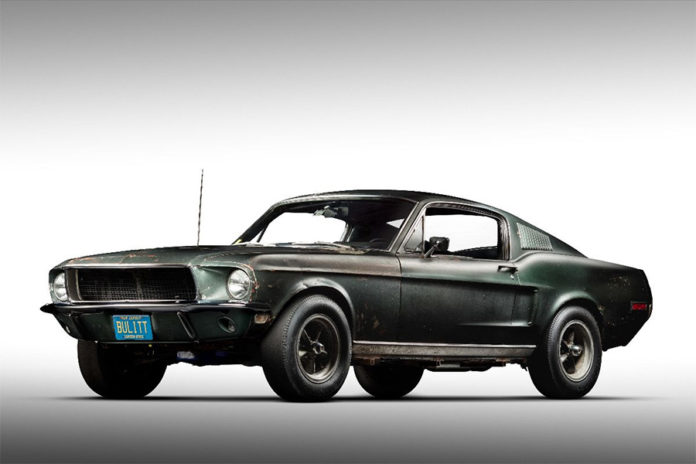 After more than 40 years spent so well hidden that most believed it had been destroyed, the hero car from the Warner Bros. movie “Bullitt” reemerged in January 2018 at the North American International Auto Show in Detroit, and it’s now slated to cross the Mecum auction block at the world’s largest collector car auction this coming January in Kissimmee, Florida. Known simply as “Bullitt” after its namesake motion picture, the original Highland Green 1968 Mustang GT was driven by the “King of Cool” Steve McQueen at dangerously high speeds through the busy streets of San Francisco as the hero car in one of his most memorable motion pictures, and it is now on the fast-track to joining the ranks of the most valuable American-made collector cars ever sold at auction. 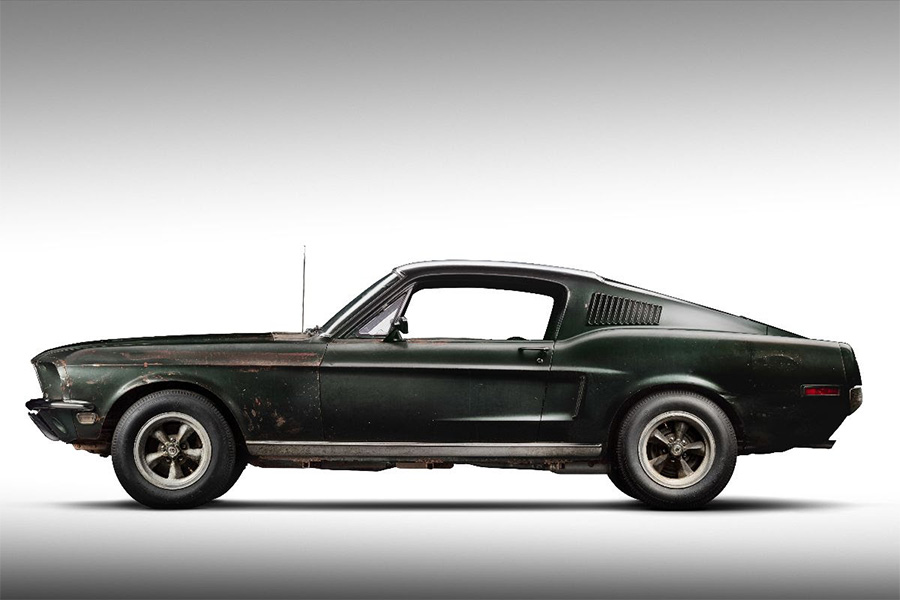 One of just two Mustangs used to fill the role in the 1968 action/thriller “Bullitt,” named after main character Lt. Frank Bullitt played by McQueen, this car was the film’s “hero” car and was driven by McQueen in countless scenes throughout the movie, including in the infinitely famous car chase scene, which went on to become the most influential car chase scene in all of film history. After the filming of “Bullitt” concluded, this car was sold to a private buyer and was thought lost to history until its unveiling for the 50th anniversary of “Bullitt” just last year. The car—considered by many to be the world’s single most recognizable and celebrated vintage Mustang—remains in original condition and retains many distinguishable and unique elements from the movie. 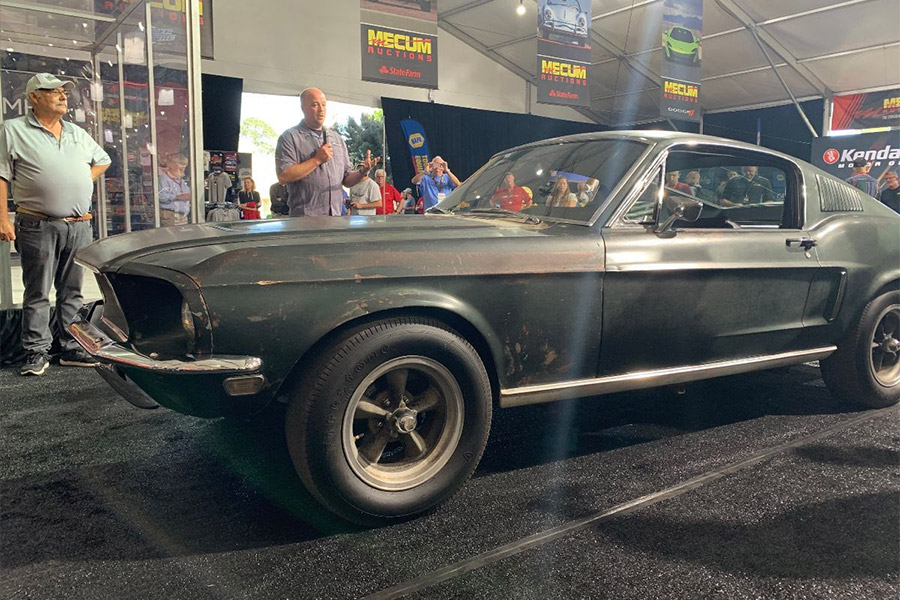 The announcement of the car’s upcoming offering at the Jan. 2-12 Kissimmee 2020 auction was made at Mecum Monterey 2019 with auto and entertainment reporters, photographers, social media influencers and others looking on as the Bullitt Mustang was presented under tight security in a one-car “glass house.” Longtime owner, Sean Kiernan, was present alongside Mecum Auctions President and Founder Dana Mecum for the reveal and announcement of the car’s impending sale, and it proved to be an emotional unveiling for the second-generation caretaker who originally inherited the car from his father. 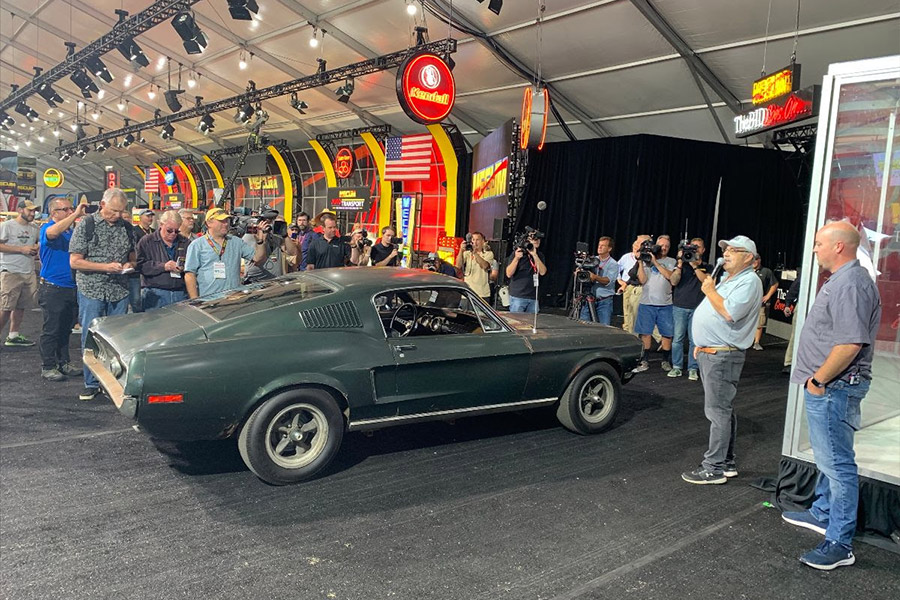 Last seen at LeMay—America’s Car Museum in July, the 1968 Bullitt Mustang will be exhibited at various automotive events around the country leading up to the Mecum Kissimmee 2020 auction in January.