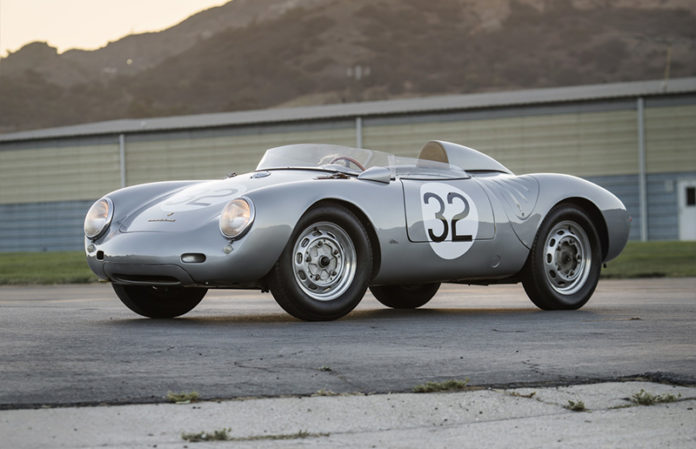 Bonhams is very pleased to announce the consignment of one of the world’s most iconic sports-racing cars for its January auction in Scottsdale, Arizona – the former 24 Hours of Le Mans and Nurburgring 1000 Kilometer podium-placing 1958 Porsche 550A Spyder. 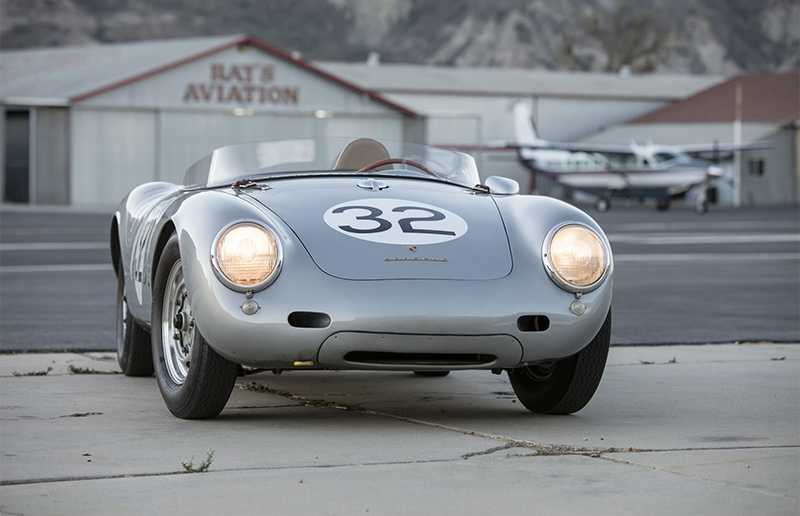 An automotive legend of design and performance, the instantly recognizable Porsche Spyder is in a class all its own. The first Spyder, the 550, is most associated in popular culture with James Dean who, like other race car drivers, admired it for its beauty, speed and nimbleness. The 550’s successor, the 550A, sported the same tantalizing design but was substantially improved underneath. Powered by the original glorious 1.5-liter, four-cam, flat-four engine, it enjoyed a space-frame chassis instead of the previous ladder-frame, and had trailing-arm suspension instead of swing axles, among other improvements. The enhanced weight reduction and superior stability allowed the 550A to punch far above its weight and compete successfully against the much bigger Ferrari and Aston Martin race cars, earning it the nickname “The Giant Killer.”

Scheduled for January 18th at the beautiful Westin Kierland Resort & Spa, the Bonhams Scottsdale Auction is one of the most important, internationally-attended sales on the collector car calendar. With limited space available, prospective sellers are encouraged to contact Bonhams posthaste.