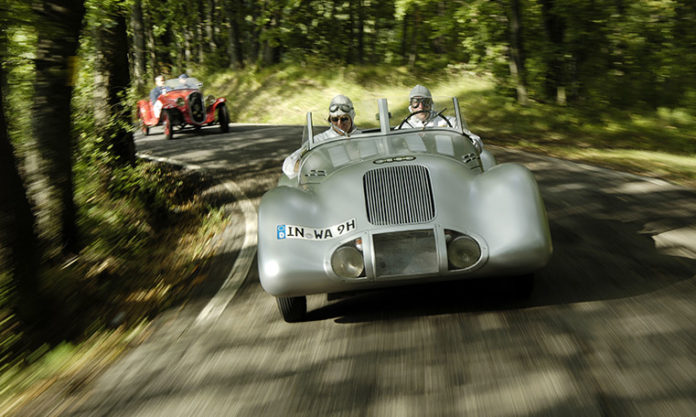 At this year’s Schloss Dyck Classic Days from August 4th to 6th, Audi Tradition is presenting the whole bandwidth of Audi motor sports history. Historic racing cars from a total of three epochs await the approximately 40,000 visitors. On the race track, you can experience the first AUDI AG racing car, the Audi Type C, the legendary Auto Union Type C racing car with its 16 cylinders, and the Audi Sport quattro Rallye. Also, Audi will be exhibiting another icon at the Classic vehicle festival in the Rhineland: the Audi Sport quattro S1 victory car driven by Walter Röhrl to win the Pikes Peak race in the USA in 1987. 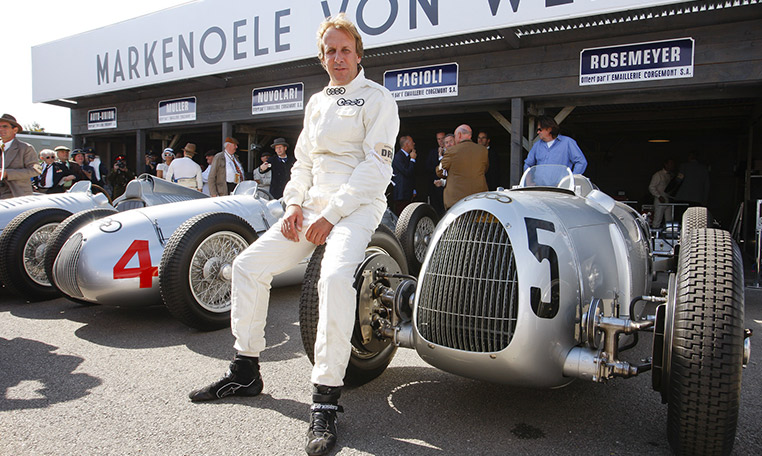 The Schloss Dyck Classic Days are being held for the twelfth time this year. Because of their character they are known as the “German Goodwood”. In the classic ambience of the moated castle, Schloss Dyck near Neuss, the event offers a colorful mix of garden party, classic car club event, concours d‘elegance and motor racing, with more than 400 historic cars. Many of the expected 40,000 visitors will be dressed in keeping with the times. Audi Tradition is presenting itself in the “Classic Corner” and exhibiting, among other things, a 1936 Wanderer W 25 K Roadster which has not yet been restored, surrounded by bales of straw. Also in the “Audi camp” you can view the unique specimen of a 1929 Wanderer W 11. In 1949, this pre-war Wanderer was converted into a breakdown vehicle that was in use in the Bavarian mountains until the 1960s. These are also joined a third Wanderer specialty: the replica of a streamlined special roadster, in which Auto Union won the team classification of what was then the toughest rally in the world – Liège-Rome-Liège, a journey of more than 4,000 kilometers – in 1939. 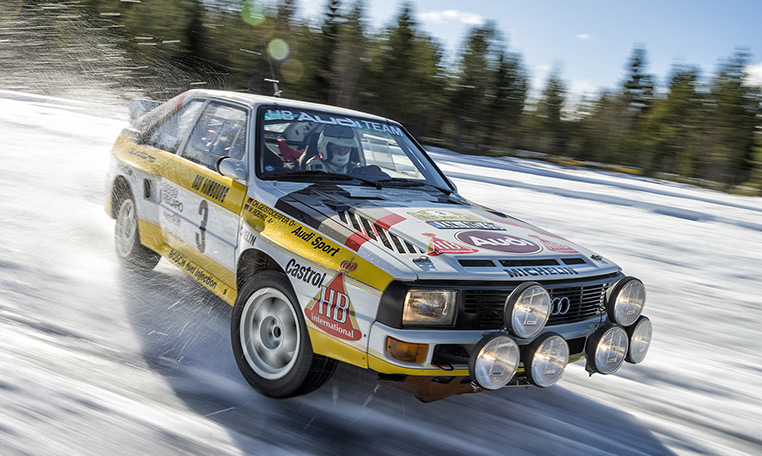 The really big attractions in the “Classic Corner” are the Audi Type C “Alpine Victor” and the Auto Union Type C Grand Prix racing car. From 1912 to 1914, the then young Audi brand won the Austrian Alpine race three times in succession and the Audi Type C laid the foundation stone for the motor racing history of today’s AUDI AG. August Horch, the founder of the company, took the wheel himself, going over all the Alpine passes of what was then the Austro-Hungarian Empire. Audi Tradition owns two such Type C cars. One of these, built in 1919, in the yellow paint of its Alpine journey, will drive on the three-kilometer race track at Schloss Dyck. It will not be so leisurely when the five-time Le Mans winner Frank Biela starts up the 16 cylinders of the Auto Union Type C. In 1936, the Grand Prix racing car pressed 520 horsepower onto the road, that year winning the European championship, the precursor of today’s Formula 1 World Championship, with Bernd Rosemeyer at the wheel. 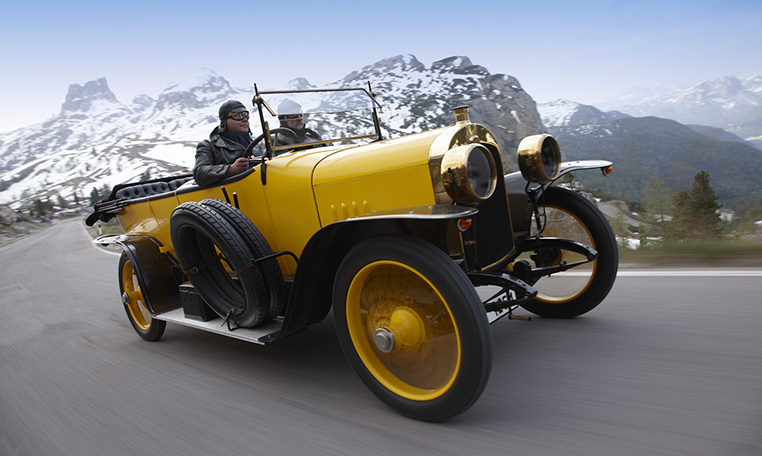 Audi Tradition will be presenting two more recent automobiles as part of a rally exhibition at the Autostadt stand. Visitors will doubtlessly be highly interested in the Audi Sport quattro S1, which Walter Röhrl drove in record time in 1987 when he scaled “Pikes Peak” in the USA. While this milestone of Audi car racing history is exhibited, the second Audi rally car will be driving on the Dyck race track, no less. The so-called “short one”, the 1984 Audi Sport quattro Rallye, will be driven by none other than twice rally world champion Walter Röhrl, who piloted this car more than 30 years ago on the race courses of the rally world championship.