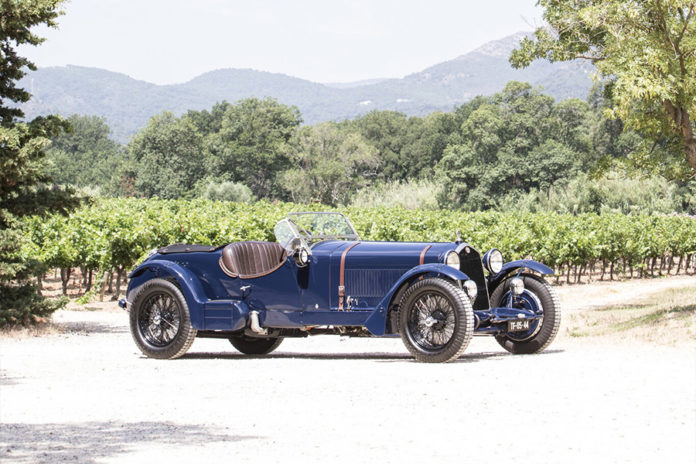 Bonhams roars into its spiritual home of Goodwood for its Festival of Speed Sale on 7 July, as ever offering an incredible range of racing machines encompassing the full breadth of motoring competition history.

From the glory days of Italian racing, the 1935 Alfa Romeo 8C 2300 ‘Long Chassis’ Tourer is leading the grid, one of the last examples of the very first Alfa Romeo eight-cylinder models. For estimate, refer to department. 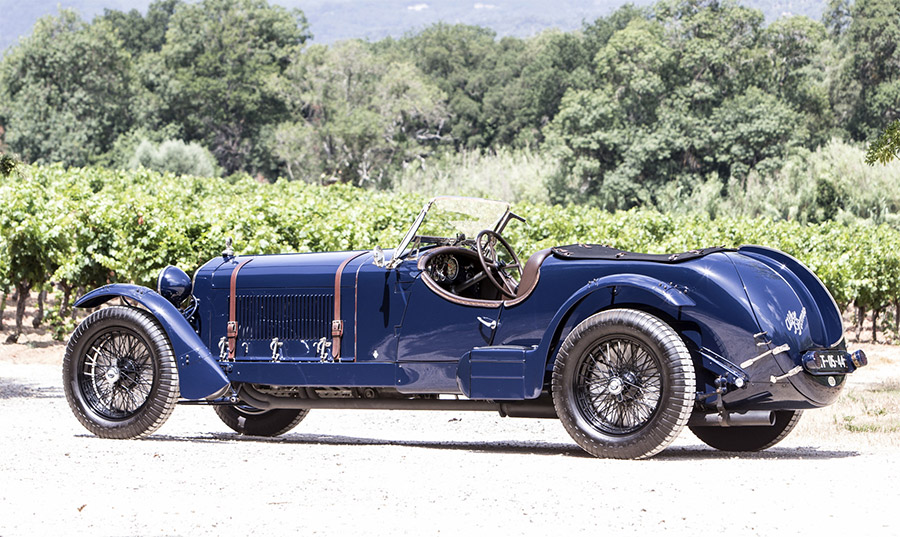 This Italian pre-war motor car gained a reputation for being almost unbeatable, achieving consecutive wins at Le Mans, Mille Miglia, Spa 24 Hours and Targa Florio, and led to the development of the legendary Monoposto Tipo B, the most dominating 30’s Grand Prix racer.

The 8C was designed in 1931 by Alfa’s Vittorio Jano, one of the first automotive engineers to specifically produce high-performance cars designed for sustained ‘full-throttle’ running at high speeds. 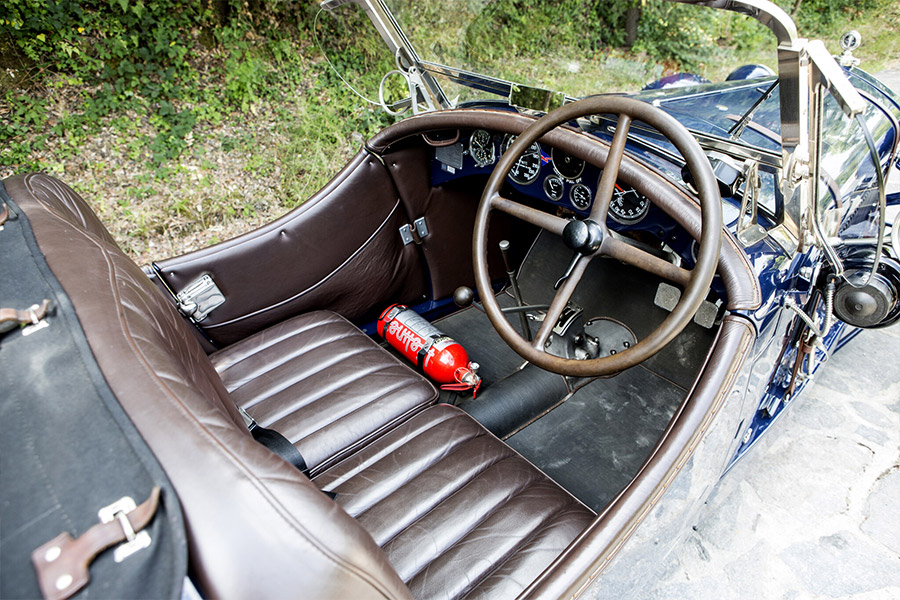 Powered by a supercharged, straight-eight, twin-overhead camshaft 2,300cc engine, effectively arranged by Jano as two four-cylinder units in tandem with cam-drive gears amidships, combined with a four-speed gearbox and powerful drum brakes, the 8C was a genuine ‘100 mph car’, reliably producing over 140hp at 5,000 rpm.

The car offered by Bonhams, chassis number 231122, was one of the very last long chassis versions to be built and was sold in June 1935 as ‘CO 9964’ to a Ginfanco Peduzzi of Como. 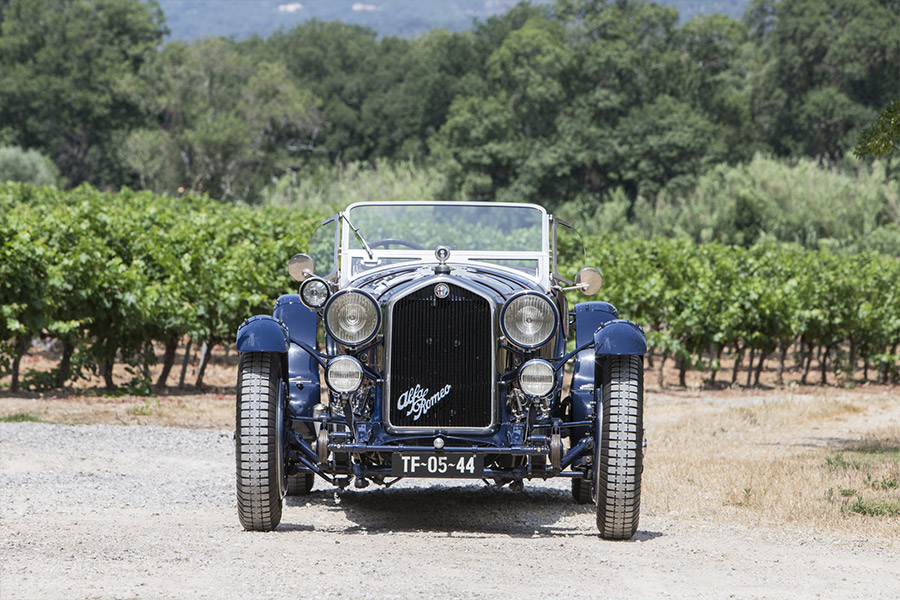 The car has an interesting and complex history. Having spent its early years in Como and Milan and is believed to have been imported into Belgium by Brussels-based racing driver and Italian sports car dealer Felice Bonetto, before the Second World War.

Found post-war by two Belgian enthusiasts in Antwerp, sketches from the period suggest that the car had either had its original bodywork modified or received a second bodyshell as the styling, built by Pinifarina of Turin, appears more modern than the typical mid-30s design, with features such as a slim slot in the tail for the spare wheel. 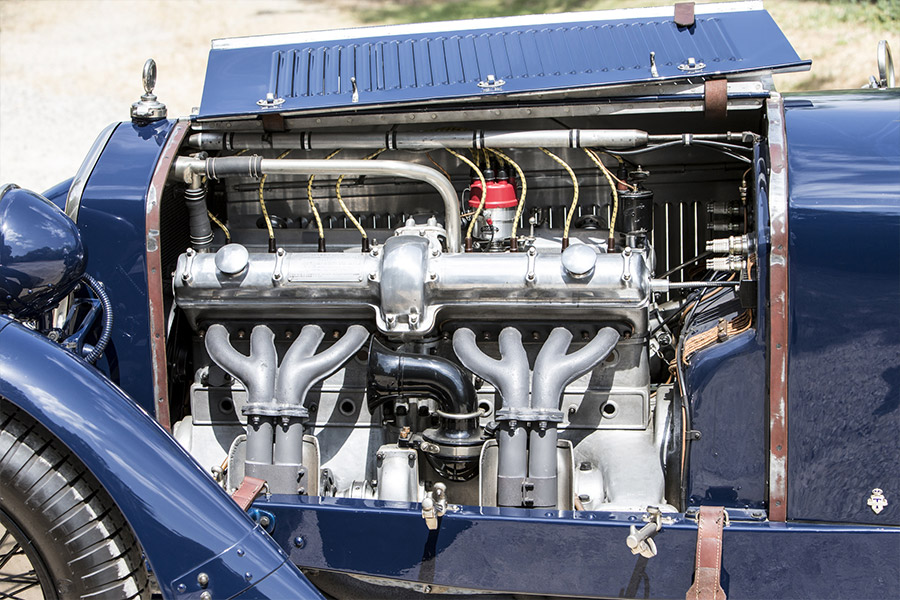 In the late 1950s, the car was bought by New York Alfa enthusiast Jim MacAllister, its owner for two decades, before being sold in 1978 to Joost Wildbolz in Switzerland. The Swiss national decided to build a new Spider bodyshell in the Touring style. The car was back on the road in the mid 80s and immediate tackled and completed the Mille Miglia with Wildbolz at the wheel.

After changing hands a few times, the 8C arrived in the UK in 1997 and was given its present registration number ‘TFO 544’. Its next owner was the late Peter Agg, boss of the ‘Trojan’ micro cars company and of the short-lived ‘Trojan’ Formula 1 team in the 1970s, who was also a noted car collector. Agg rallied the 8C extensively at home and abroad. 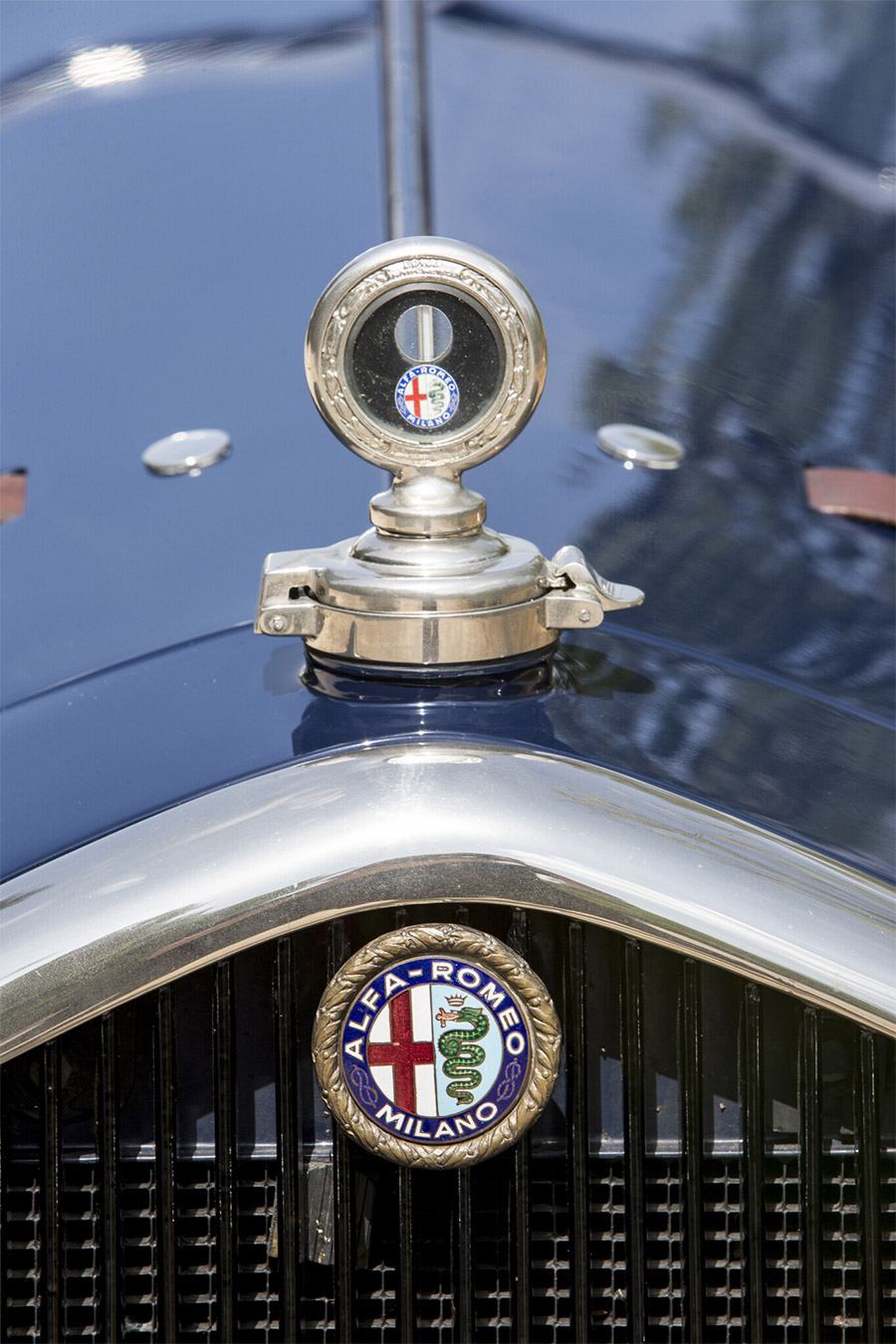 In 2001, under the ownership of Texan John Ridings Lee, the 8C had its bodyshell replaced with a replica Touring Le Mans-style four-seater body by Rod Jolley Coachbuilding Ltd.

The 8C returned to the UK in 2007 when it was purchased by the current vendor, who has rallied, toured and raced the car in South Africa, the USA and in the UK. Following a race at Donington Park in 2011, a complete ‘last nut and bolt’ engine rebuild was completed by Alfa Romeo specialist Neil Twyman, while its capacity increased to 2.6 litres, with the works costing around £60,000. 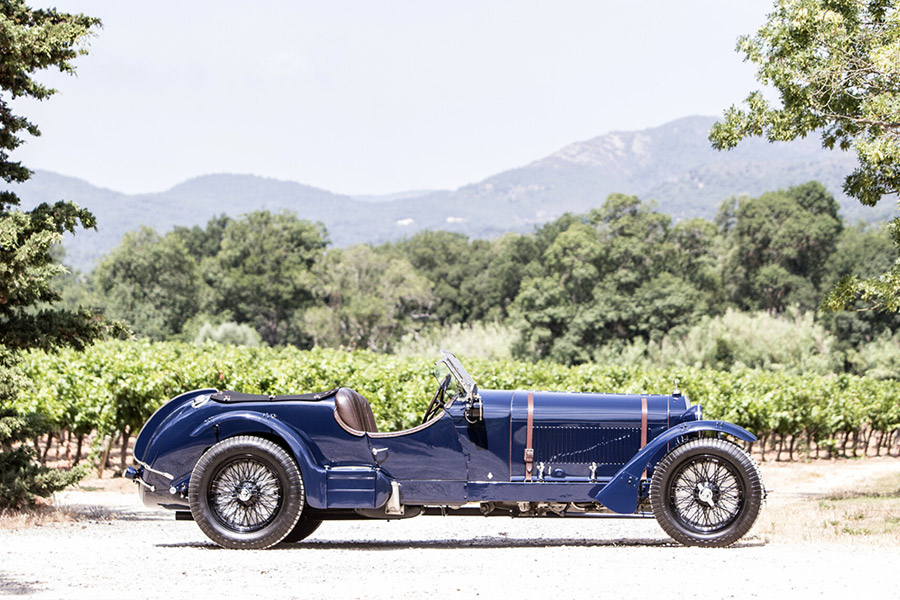 Since the rebuild, the 8C has only been used for road events and has covered a minimal mileage. It is described as ‘on the button, ready for its next owner to enjoy.  As eligible as it is elegant, this 8C would be welcome at a whole host of classic races and rallies, as well as concours events.

Watch the 3.0-litre powered car in action during the 2017 and 2018 Historic Minardi Day at Imola Circuit
Read more
Automotive News

Liveries take inspiration from some of the GTA’s most prestigious racing victories.
Read more