By: Barrett-jackson | Photos Courtesy of: Barrett-Jackson 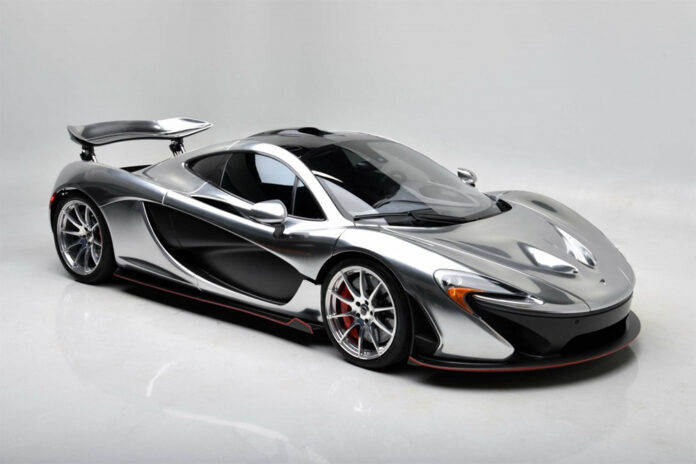 Barrett-Jackson, the World’s Greatest Collector Car Auctions, is gearing up for its premier Scottsdale Auction with an unparalleled docket of rare supercars and exotic vehicles that will cross the block at No Reserve during the auction company’s 50th anniversary celebration at WestWorld of Scottsdale, January 22-30. Among the coveted vehicles that will be auctioned in Scottsdale is the world’s first hybrid supercar, a 2014 McLaren P1 (Lot #1413), as well as a 2015 Porsche 918 Spyder (Lot #1405), one of only 918 produced worldwide.

“The supercars crossing our block bring an elite level of exclusivity to our Scottsdale event,” said Craig Jackson, chairman and CEO of Barrett-Jackson. “We’ve curated some of the most enviable contemporary supercars and luxury exotic vehicles that are coveted by collectors worldwide. Among them are two of the world’s most desired hybrid supercars, a 2014 McLaren P1 and 2015 Porsche 918 Spyder. Not only are these supercars rare, but they offer an exclusive ownership experience. Each of these will sell at No Reserve, giving our bidders the chance to become a part of an exclusive, VIP ownership club.”

Engineered to compete against the McLaren P1, the 2015 Porsche 918 Spyder (Lot #1405) is powered by a naturally aspirated V8 engine derived from the RS Spyder LMP2 racecar and paired with Porsche’s 7-speed PDK dual-clutch transmission. The V8 works in concert with two electric motors located on both the front and rear axles.

A trio of Ford GTs will each cross the Scottsdale Auction block at No Reserve, including the first 2020 Ford GT to be offered at Barrett-Jackson. The 2020 Ford GT Carbon Series (Lot #1399) is finished in Black and features an exposed carbon fiber center stripe. This GT is powered by its mid-mounted, twin-turbocharged 660hp 3.5-liter EcoBoost V6 paired with a seven-speed dual-clutch transaxle. A limited edition 2019 Ford GT Heritage Edition (Lot# 1389) has less than 20 miles on the odometer and features the famous Gulf Oil racing paint livery, along with exposed carbon-fiber accents for both the interior and exterior. The 2017 Ford GT ’66 Heritage Edition (Lot #1417) has only 36 actual miles and is finished in Shadow Black paint with silver stripes and Frozen White No. 2 graphics on the hood and doors.

“All the modern supercars and exotics crossing the block represent the dream cars that hang on walls in bedrooms and garages around the worlds,” said Steve Davis, president of Barrett-Jackson. “These aspirational vehicles fuel the dreamers who grow up with a passion for cars and become members of the collector car community. I look forward to feeling the energy that will fill the arena when these supercars and modern luxury cars cross the auction block.”

A special ordered 2015 Mercedes-Benz SLS AMG GT Final Edition Roadster (Lot #1345) is powered by a 6.3-liter V8 engine with an automatic transmission with 1,540 actual miles. The Final Edition SLS AMG GT was specifically made for Mercedes-Benz VIPs, with only 10 coupes and 10 roadsters allocated for North America.

The 2013 Ferrari 458 Italia Spider (Lot #1343) is among the last naturally aspirated mid-engine V8 Ferraris. It is finished in Rosso Corsa with tan leather interior and is powered by a naturally aspirated 4.5-liter V8 from the F136 family of engines. The 2019 Ferrari 488 Spider (Lot #1379) is painted dark green metallic over a beige interior and is a one-of-one Force of Nature EARTH model and has only 56 delivery miles.