Beautiful, fast and capable, Ferrari’s cars have always had a spot at the top of the automotive food chain. They command high prices, handle brilliantly and create a sense of occasion every time you get in one. Unsurprisingly, in the early 60’s Ford de … 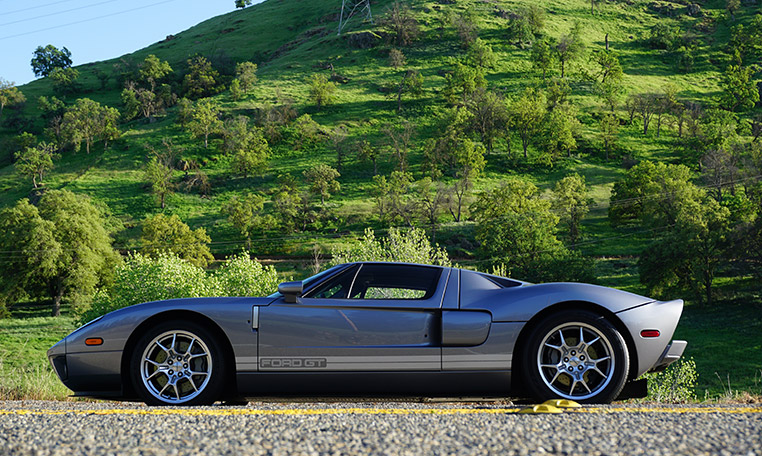 Beautiful, fast and capable, Ferrari’s cars have always had a spot at the top of the automotive food chain. They command high prices, handle brilliantly and create a sense of occasion every time you get in one. Unsurprisingly, in the early 60’s Ford decided that buying Ferrari would help to build sports cars and improve their image. However, Ford was denied the acquisition of Ferrari in 1963. Furious with the outcome of the negotiations, Henry Ford II vowed to beat Enzo Ferrari at his own game.

Out of Ford’s vendetta came one of the most dominant race cars of all time, the Ford GT40. Beating Ferrari four consecutive times in overall victory at LeMans, the GT40 proved Ford could build cars that would surpass Ferraris. It was a golden age in racing and The Speed Journal’s team principal, Jeff Francis, was impressionable. During his childhood the GT40 was his favorite car, he still remembers the fascination he had for the car as a kid in the late 60s. As he matured in age, he gained an appreciation for the performance and motorsport history behind the looks of the racer. When Ford began to produce a new generation of the GT in 2005, he knew he had to get one. 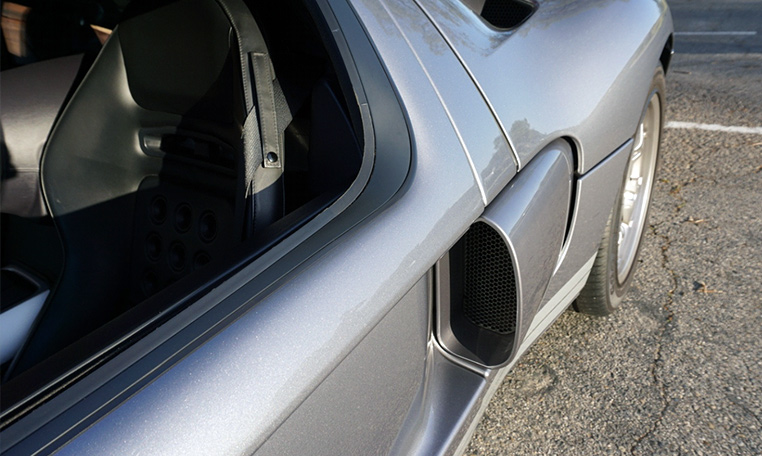 The second iteration of the GT is a throwback to the original. The 2005 Ford GT has similar body lines to the GT40, again features a sizable V-8 and the interior has a retro feel to it as well. From its switchgear to the deep, visceral bark of the exhaust note, it is every bit the successor to the GT40. Yet, even with the big 5.4-liter supercharged power plant behind your head, the GT manages to be comfortable. To make the car more useable on the street, Ford added creature comforts not available in the 60’s racer. When you aren’t pushing the car’s capabilities it settles down, acts dignified. The cabin remains quiet while the air conditioning and radio transform the car into a luxurious commuter car; you can drive long distances and it almost feels ordinary 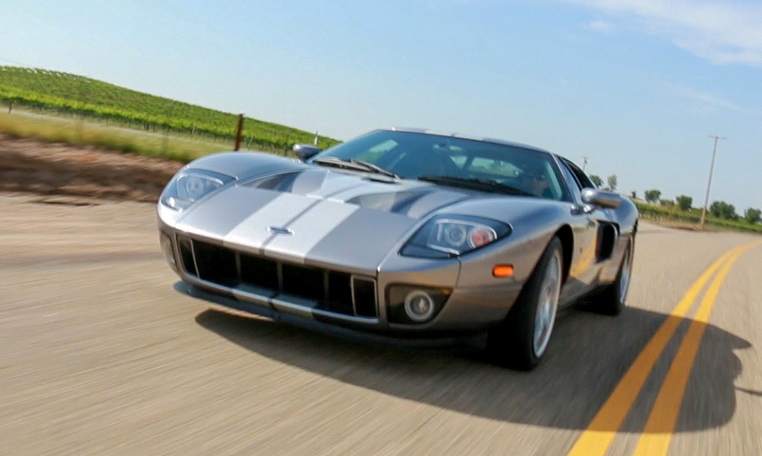 A twitch of your foot will remind you that it isn’t. Especially a twitch of your foot in the car before us today, Jeff Francis’ Tungsten beauty. The limited-edition Tungsten Ford GT’s color scheme was chose to commemorate the 40th Anniversary of Ford’s first win at Le Mans, making it an even more unique car. Replacing Quick Silver in the color pallet, the chief designer, Camilo Pardo, noted the differences between the two silvers. He is quoted as saying, ”It’s a discreet contrast. In Tungsten Silver, the Ford GT is really dressy, like a fine suit. It looks mature.” I believe Mr. Pardo was truly correct, the darker color really brings out some design feature subtleties that you may not notice in other colors of the car. The tungsten paint refracts light in a way that helps accentuate the muscular shoulder line of the car and makes the lower body lines seem crisper, tailored almost. 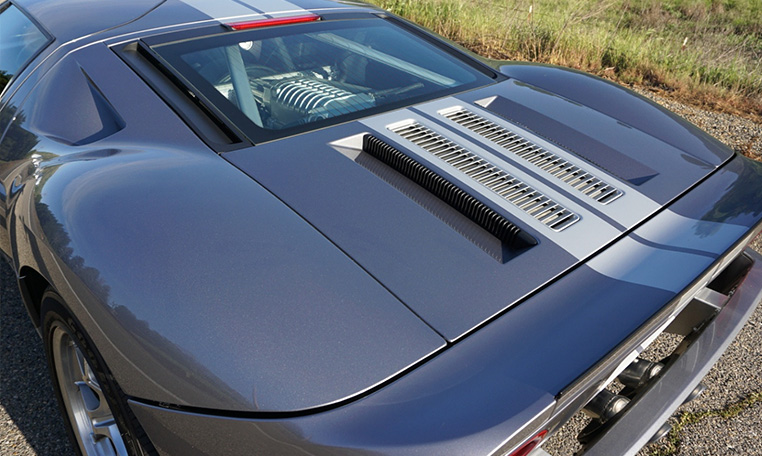 The Ford GT from the factory made 550 horsepower and 500 lb-ft of torque. That much power is plenty in a car that only weighs 3,500 pounds, but to make this car even more of an occasion to drive, it has been upgraded. Swapping out the stock pulley and installing a Ford Performance part on the 2.3-liter twin-screw supercharger raised the boost pressure, yet that wasn’t enough. Combined with a free-flowing custom-made exhaust, Evan with Guyett Performance in Fresno was able to tune the Francis GT to the realm of nearly 700 horsepower. The engine is an absolute monster, with the exhaust note to back it up. Built so well, the engine easily produces close to an extra 150 horsepower with simple modifications. There are even 2,000 plus horsepower versions, like the GT that broke the world’s standing mile record in March. While 2,000 horsepower is dramatic overkill for a street car, the 700 on tap in Jeff’s car feels just right. In a car where the steering feels wonderfully direct, and the suspension supple and supportive, the supercharged power remains the most prevalent characteristic. Having so much power on tap produces the results you would expect and makes the car infinitely more interesting to drive. 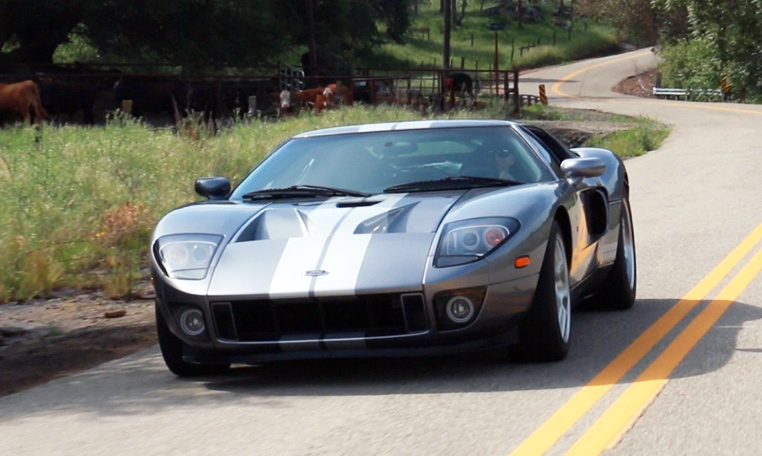 If you caught our review of the 2017 Corvette Grand Sport, this car is almost the direct opposite. Whereas the grip in the Corvette defines the way it drives, the engine defines Jeff’s GT. The instant, linear fashion of the power and torque delivery pulls the driver into the back of the seat with a feeling of compounding gravity the more the car is pushed. Taking the car to the rev limit is an absolute thrill, and the best part is getting to do it again and again while rowing through the gears. It is a car in which you can roll the windows down, open up the throttle and savor the roar. However, if you decide to plant your foot to the floor, you had better be awake. For example, aggressive acceleration mid corner would be ill advised. When you treat the GT right though, it eats up curvy roads and reminds its driver to enjoy the “smiles per gallon” provided. 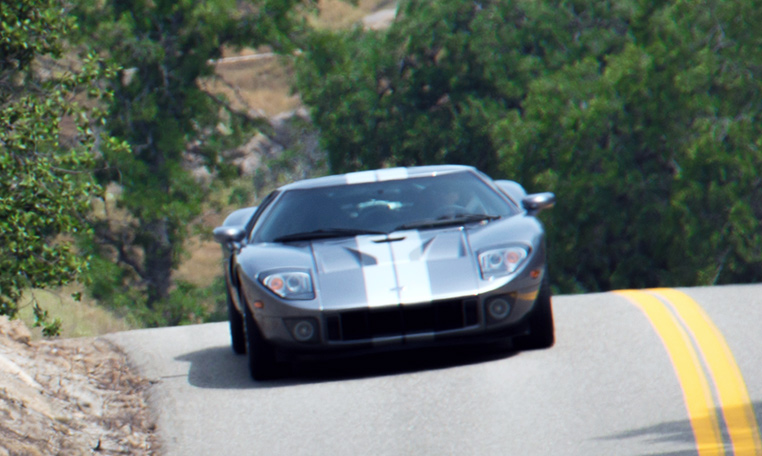 While it can be civilized in the right hands, the car always reminds you that it is an occasion. It has the looks, the power and panache of a Ferrari killer. The exhaust note is reminisce of a 60’s racing machine. The car inspires a driver to revel in its capabilities. As a testament to its importance, you can tell the passion Jeff has for his GT. He has the opportunity to drive many incredible cars, but every time he gets in it, he looks like he remembers being a little kid, having a GT40 poster up on his wall and wishing he could drive one. It is almost a perfect end to the story. Yet, missing from the second generation of the GT is a direct motorsports history. The 2005 Ford GT may have had a purebred bloodline, but Ford did not mount a factory backed effort at LeMans. 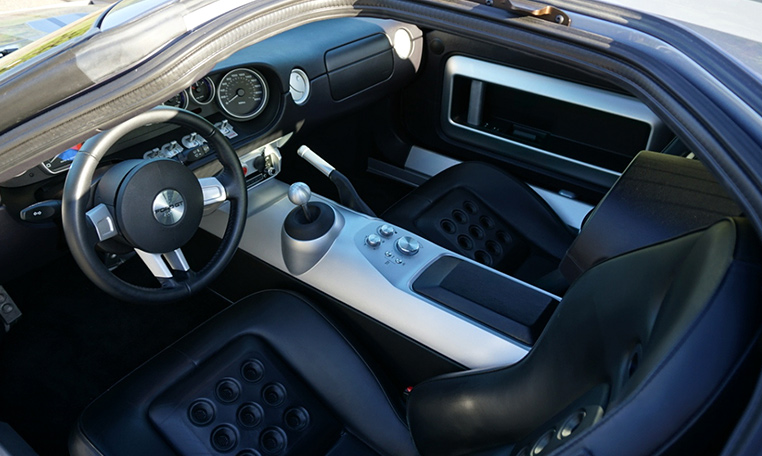 Now, Fifty years on from the original GT 40, the third generation of the Ford GT has arisen. The new car started production in December as a commemoration of beating Ferrari at LeMans. However, this time, the Ford GT does have a racing variant. Last year Ford again beat Ferrari at LeMans, their factory-sponsored Chip Ganassi Racing GTLM car taking home the victory after 24 straight hours of racing. To continue their dominance, the team endured another 24 grueling, rain-soaked hours of racing at Daytona to take home a class victory and start off the 2017 season.

With history, technology and racing pedigree, the street version of the GTLM racer is an equally impressive car. Producing just under 650 horsepower and 550 lb-ft of torque out of a 3.5-liter twin-turbo V-6, the new car is even more powerful than its predecessor. Tucked into an extremely light, aerodynamic package, the 1,000 individuals who will be receiving one will undoubtedly be extremely excited about their cars. We cannot wait to see how the 2017 GT compares to the previous generation. Out of 7000 applicants, Ford chose 750 people to purchase one, Jeff was one of the lucky ones. Soon enough, his new GT will be delivered and the next evolution of Ford’s great American supercar will join the collection. Until then, we just have his 700 horsepower car to drive. You won’t catch me complaining.