Will Power didn’t secure his first oval victory until his eighth Indy car season in 2011. His seventh win proved to be the biggest one of his career. Power led a 1-2 Chevrolet sweep of the 102nd Indianapolis 500 presented by PennGrade Motor Oil with a … 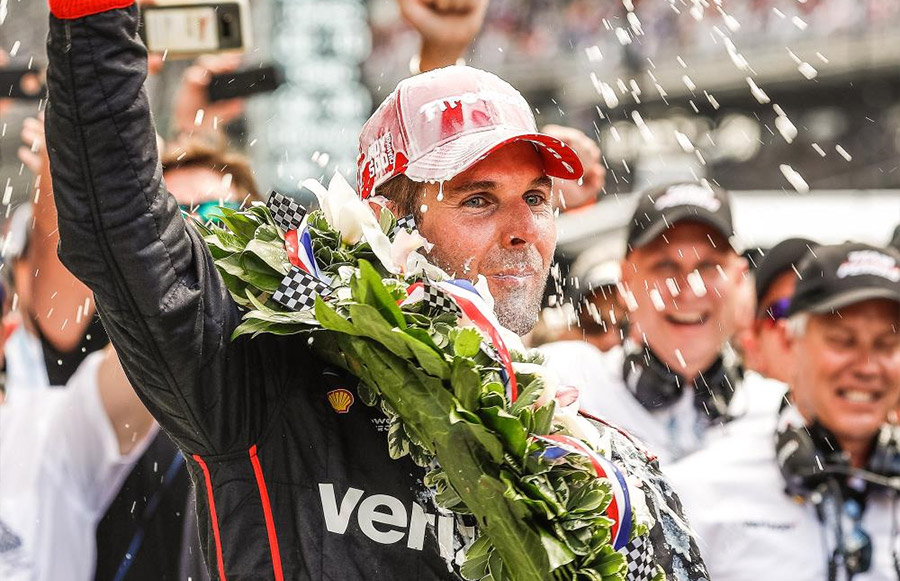 Will Power didn’t secure his first oval victory until his eighth Indy car season in 2011. His seventh win proved to be the biggest one of his career.

Power led a 1-2 Chevrolet sweep of the 102nd Indianapolis 500 presented by PennGrade Motor Oil with a 3.1589-second victory over pole-sitter Ed Carpenter.

The 2014 Verizon IndyCar Series (VICS) champion, who started on the outside of the front row in the No. 12 Verizon Team Penske Chevrolet for the 200-lap race in 91-degree ambient temperature that tied for second-highest in race history, led 59 laps. 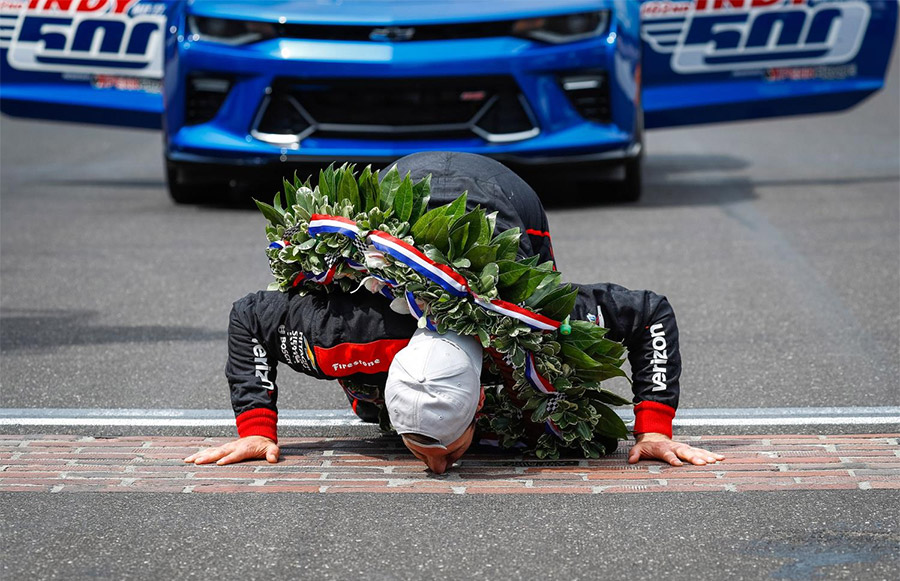 “I can’t describe it. I feel like collapsing. I want to cry. I was wondering if I would ever win it and thoughts went through my mind during the month,” said Power, who in 10 previous starts came closest to winning in 2015 with a runner-up finish to fellow Team Chevy driver Juan Pablo Montoya. “This was the last box to tick, but I’m not done.”

Chevrolet claimed its 10th Indianapolis 500 victory dating to 1988 when Rick Mears won from the pole for Team Penske. Since its return to Verizon IndyCar Series competition in 2012 with the 2.2-liter twin-turbocharged, direct injected V-6 engine, Team Chevy has posted three 1-2 finishes.

“Will Power showed speed all month and today he delivered a huge win for his team, Roger Penske and Chevrolet,” said Jim Campbell, U.S. vice president of Performance Vehicles and Motorsports. “Will and his crew never gave up all race. They kept making the right adjustments on the car at the right time, and Will simply drove a great race. 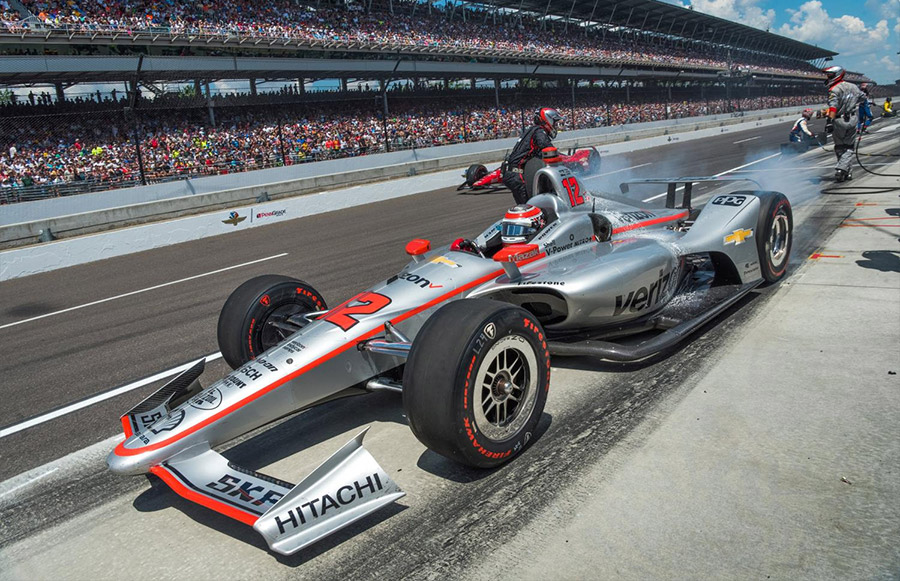 “Will’s win is extra special because it is Chevrolet’s 10th win at this iconic race, and Roger’s 17th Indy 500 championship. We couldn’t be prouder of the one team effort with Chevrolet Propulsion, motorsports, Ilmor, Pratt & Miller and Team Penske. The Chevrolet Indy V-6 delivered the right combination of power, durability and efficiency all race long.

“Ed Carpenter was also fast during the month of May, clinching the pole, leading many laps today and finishing runner-up, capping a 1-2 finish for Chevrolet. The Speedway was packed today, the atmosphere was electric and it was a thrilling race to the end.”

Power, the first Australian to win the Indy 500, became the first driver to win on both the Indianapolis Motor Speedway oval and the 2.439-mile, 14-turn road course that incorporates sections of the 2.5-mile oval to complete a May sweep. He’s won three of the past four years on the permanent road circuit. 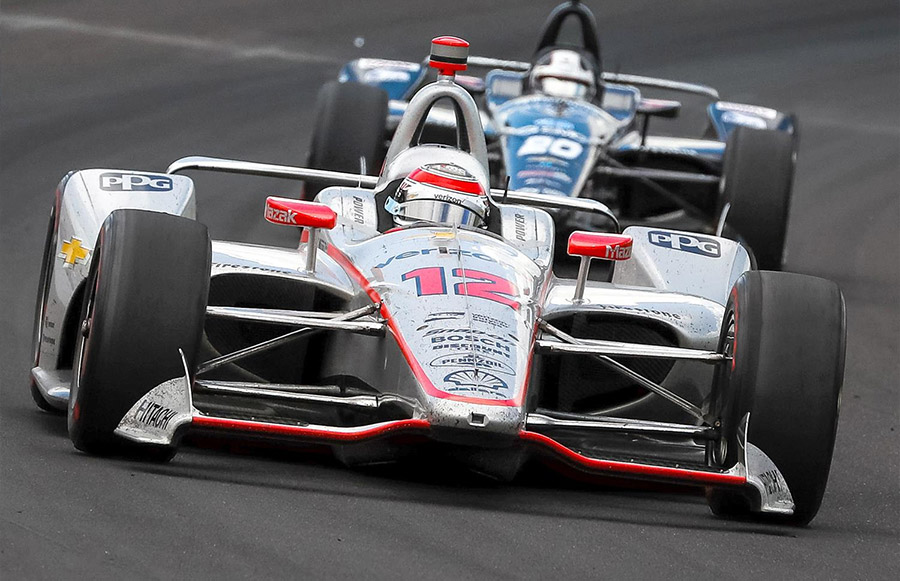 Power is the 72nd different driver to win the 500-Mile Race and tied Al Unser Jr. for eighth on the all-time Indy car list with 34 victories.

Chevrolet has powered six of Penske’s wins in “The Greatest Spectacle in Racing.”

Carpenter, who secured his third Indy 500 pole in a Chevrolet in the past six years, led a field-high 65 laps in the No. 20 Fuzzy’s Vodka Chevrolet for his namesake team. His previous best finish was fifth in 2008. 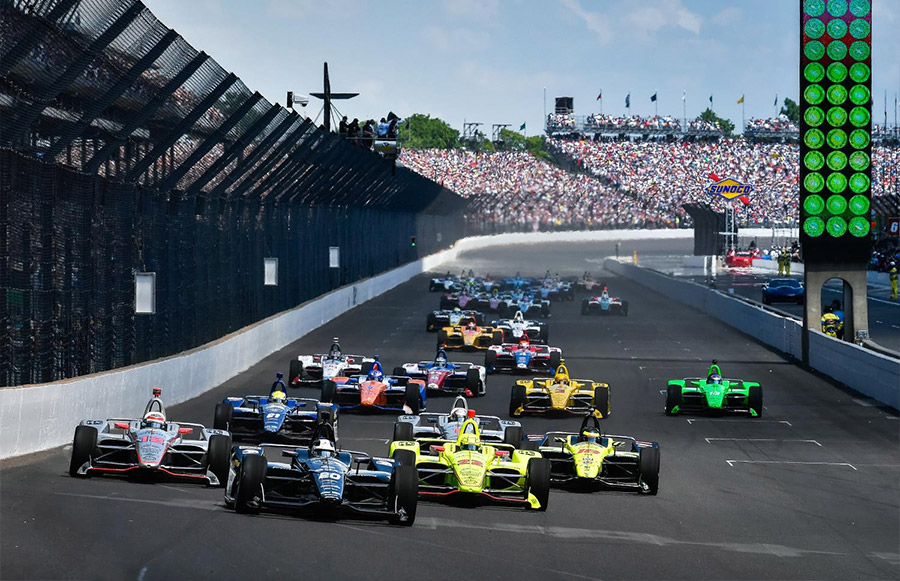 “I’m extremely proud of the entire Ed Carpenter Racing team. It’s been a few years since I had a top-10 finish, so this feels good,” said Carpenter, an Indianapolis resident.

A single-car incident in Turn 2 on Lap 68, ended Danica Patrick’s ambitions to become the first female Indy 500 winner. She stated that it would be the last race of her motorsports career. 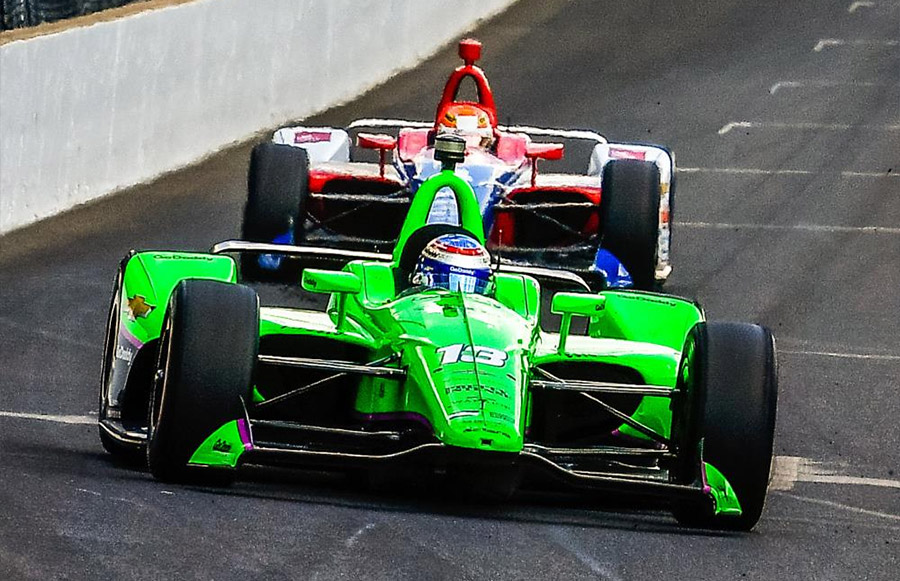 The Chevrolet Detroit Grand Prix presented by Lear on June 2-3 is the next event on the Verizon IndyCar Series schedule. The 70-lap doubleheader race weekend – the Chevrolet Dual in Detroit – on the 2.35-mile, 13-turn temporary street circuit on Belle Isle will be telecast by ABC at 3:30 p.m. ET both days.

Chevrolet swept the doubleheader in 2016 (Power and Sebastien Bourdais) and 2014 (Helio Castroneves and Power), and Bourdais also won in 2015.