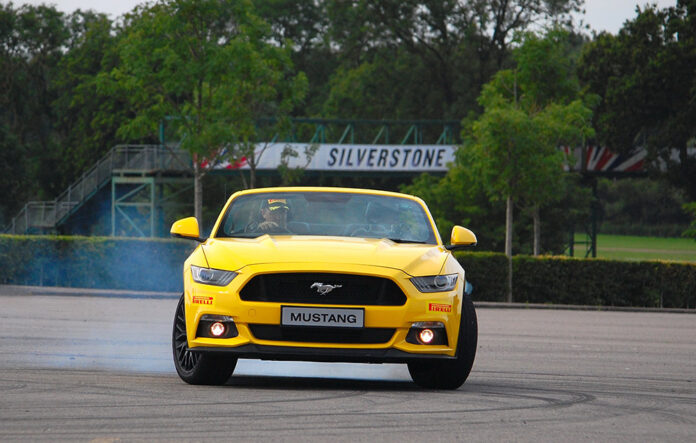 With the Oscars just around the corner, leading driving experience provider, TrackDays.co.uk, is gearing up for a surge in bookings for Stunt Driving Experiences as daredevils nominate themselves to emulate the excitement of the silver screen.

Indeed, TrackDays.co.uk is offering a range of stunt driving day packages, with one of these being their Police Pursuit Driving Experience, giving adrenaline junkies the chance to take on the role of a fugitive running from the law in a speedy Porsche Boxster or Mazda MX-5.

Dan Jones, operation manager at TrackDays.co.uk, commented: “Our Police Pursuit driving package requires drivers to exercise astute decision making, lighting-fast reactions and impeccable driving skills as they put to the test whether they can evade capture and a life behind bars in a once in a lifetime experience – or at least one would hope so!”

And for fans of Hollywood, the experience will be reminiscent of the iconic police pursuit scene from the 1969 box office smash, The Italian Job, where Charlie Croker, played by Michael Caine, led the Italian police on a merry dance through the streets of Turin.

Dan added: “Those who succeed in outwitting the police may well find themselves feeling like Michael Caine, leaving their pursuers in the dust”.

Meanwhile, for those who are more interested in staying on the right side of the law, TrackDays.co.uk also offer an Ultimate Stunt Driving Experience, giving drivers the chance to learn enthralling and eye-catching manoeuvres such as hand brake parking, J-turns and drifting.

Dan concluded: “Our Ultimate Stunt Driving Experience is a great way to learn how to execute the stunts of the big screen, under the supervision of the very same people who do the manoeuvres in the films.”

Put Down the Virtual Reality Goggles and Take Part in a ‘Real Life’ ...

Drifting is Now Most Popular Driving Experience for Brits, Even More Than Superc...

Put Mum Behind the Wheel of a Supercar for a Mother’s Day Gift With a Difference...

Ferraris or Flowers? Treat Your Partner to Some Excitement this Valentine’s Day