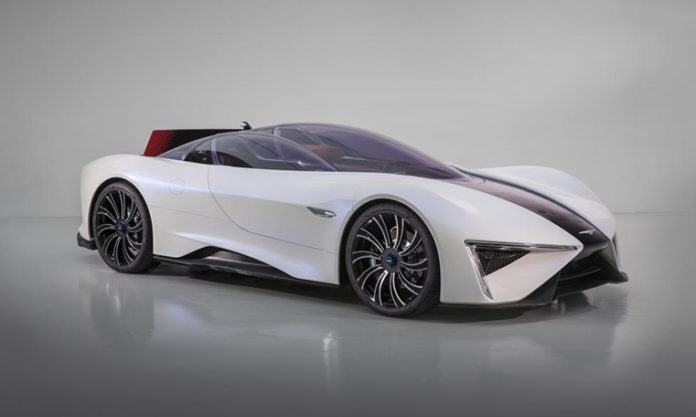 Techrules, the China-based automotive research and development company, will display its first production electric supercar, Ren, at the esteemed 2017 Concorso d’Eleganza at the Villa d’Este. Featuring a dramatic aerospace-inspired design, Ren delivers power and performance like no other supercar thanks to its innovative Turbine-Recharging Electric Vehicle (TREV) powertrain technology.

Ren will take its place alongside a host of historical and luxurious vehicles at the world’s most exclusive automotive event, which takes place at the iconic Grand Hotel Villa d’Este on the shores of Lake Como, Italy, from Friday 26th May to Sunday 28th May 2017. 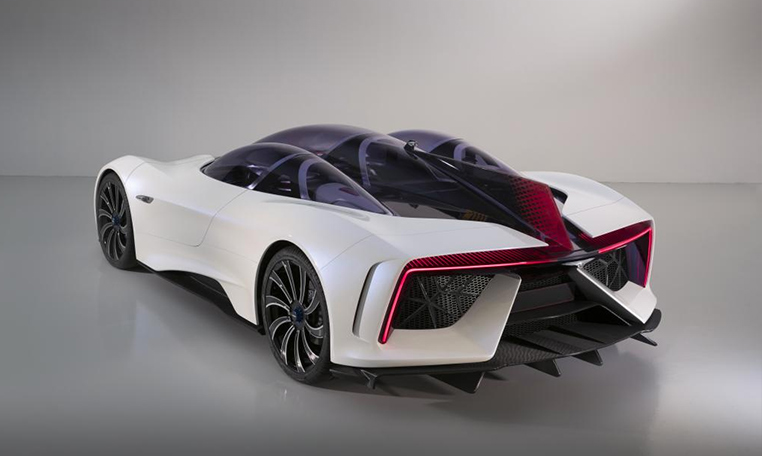 Crafted in Turin by internationally-renowned automotive designers, Fabrizio and Giorgetto Giugiaro, the Ren’s extraordinary three-cockpit layout and dramatic design will make it one of the most striking vehicles on display. The final stages of a rigorous vehicle development and testing programme are being undertaken by L.M. Giannetti in Turin. First deliveries of track versions of the supercar are due for delivery next year.

In parallel, development of Techrules’ proprietary TREV technology towards series production readiness continues rapidly at company’s technical centres in Beijing and Shanghai. While TREV technology will first be integrated into Ren, the engineering team is also in the advanced stages of developing variants of the technology for installation into more conventional passenger and commercial vehicles in the near future. 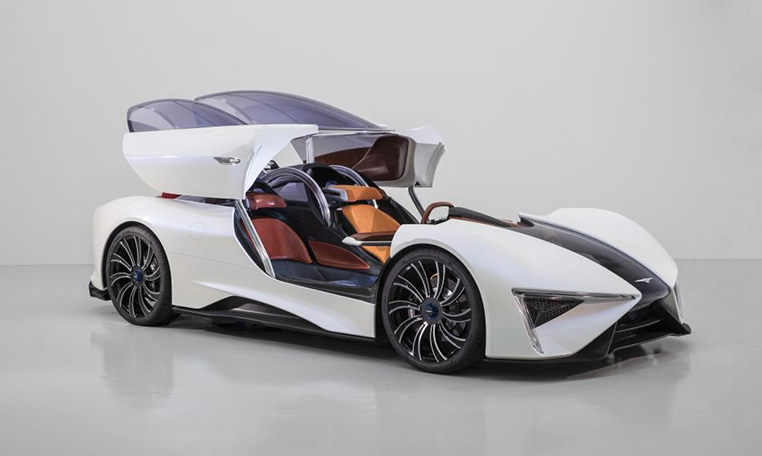 William Jin, the founder and CEO of Techrules, said: “Following a very encouraging response to its debut at the Geneva Motor Show in March, the 2017 Concorso d’Eleganza at the Villa d’Este is an ideal event for our supercar’s next outing. This prestigious event reflects the exclusivity of Ren, with its unique design set to make it one of the stars of the show. This is the first of a number of exclusive events we hope to visit with the car over the coming year to showcase the first application of our revolutionary TREV technology which is nearing series production readiness.”

Ren’s designer, Fabrizio Giugiaro, said: “We created a design that reflects Ren’s stunning performance and innovation with a dramatic and distinctive fighter jet-style canopy and unique modular three-cockpit design. Futuristic elements such as the front laser headlights and ‘star-burst’ reversing LEDs add to the visual appeal, with the finest materials used inside to assure the highest levels of luxury. We are incredibly proud to have designed this supercar and look forward to sharing its unique characteristics to guests at the Concorso d’Eleganza at the end of the month.” 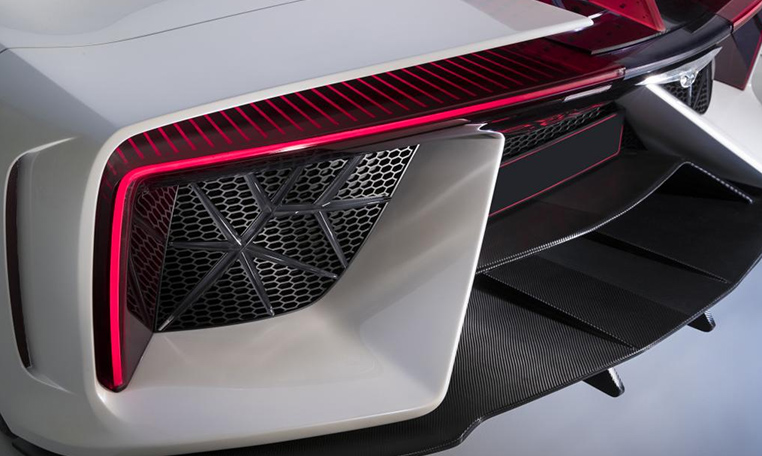 The flagship version of Ren has a battery capacity of 25 kWh and delivers maximum power of 960kW (1,287 hp / 1,305 PS) with a range of 1,170 km from 80 litres of diesel fuel (NEDC). The lightweight chassis has been designed by Italian motorsport specialist, L.M. Gianetti, Techrules’ development and manufacturing partner. 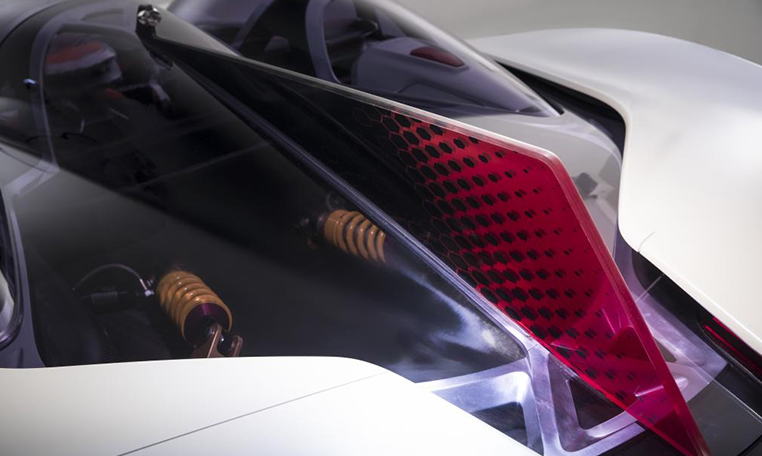 The performance-focused modular layout allows the car to be configured with one, two or three polycarbonate canopies, specific to the needs of the driver. Where the three-occupant configuration is selected, the two passengers sit comfortably either side of the driver, in the ‘semi-prone’ position, with access to fold out touchscreens and a communication system that uses speakers and microphones built into each of the headrests.

Ren’s desirability is enhanced by the refined, premium interior that delivers ultimate exclusivity with the highest grades of luxury materials. The cossetting driver’s cockpit and passenger pods are finished using the finest Italian leather (cuoio italiano and alcantara) which indulges the occupants by covering every surface they will touch. 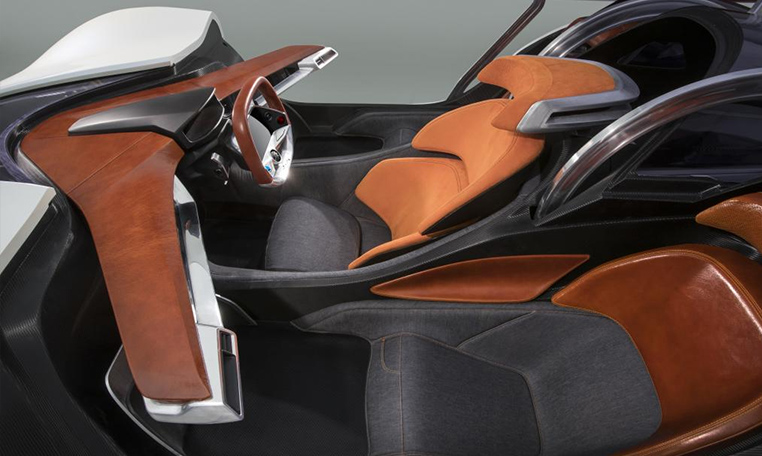 To increase the sense of exceptional luxury, the seat cushions are finished in an exclusive denim fabric produced by the haute couture clothing company, PT (Pantaloni Torino). Its bespoke texture is designed to grip the occupant to the seat and help prevent sliding around under high cornering or braking loads.

Production of Ren is likely to start in 2018, with orders already being taken. A limited run of track versions will be hand built by L.M. Gianetti in Italy.

Canoo’s New Pickup Is All Electric, All American – Ready For Work &#...