Tucked into the dense forests and rolling hills of the Ardennes in eastern Belgium, Spa Francorchamps is one of the world’s most historic, iconic and dramatic natural terrain road courses. The track has made heroes of the cars and drivers along the way. 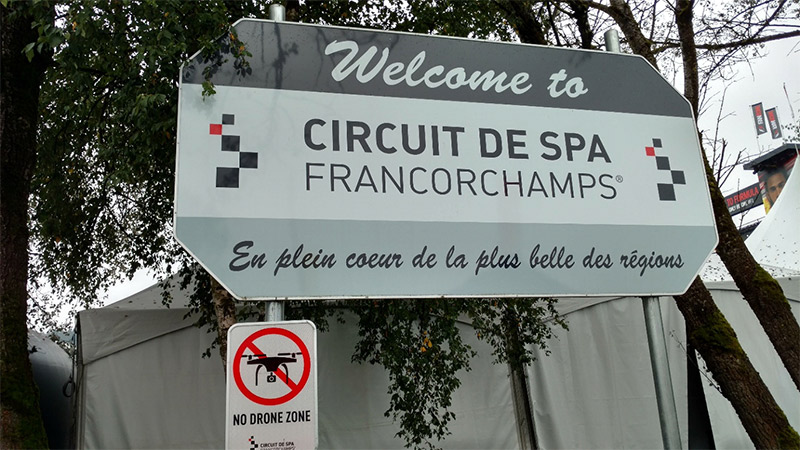 Dan Gurney won the Spa Grand Prix in 1967 in his All American Racers Eagle entry and remains the only American to win a Formula One race. 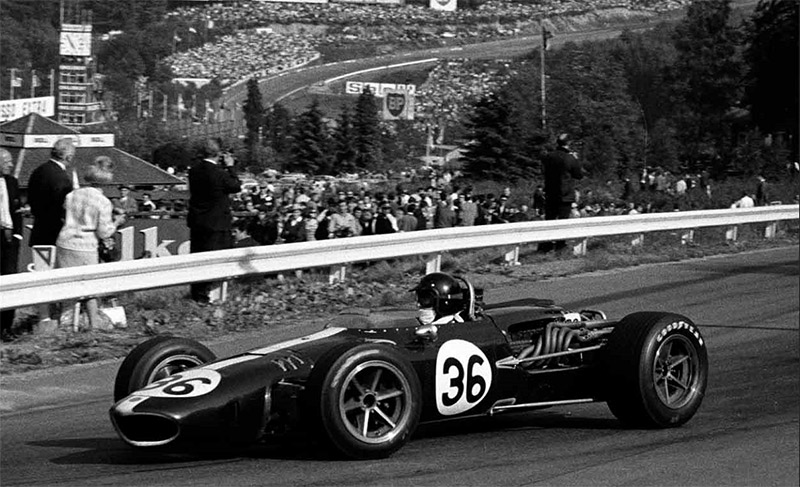 AMG made its racing debut in 1971 with its massive four-door red 300 SEL which won its class and finished second overall. 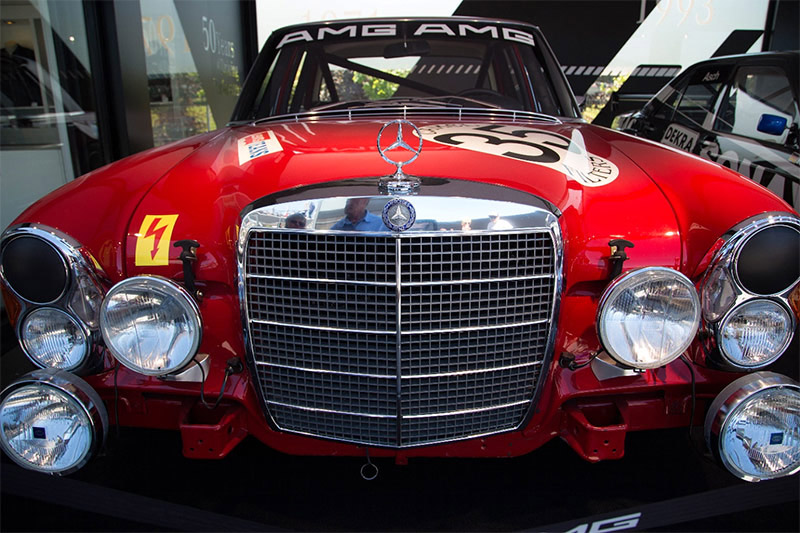 Michael Schumacher started his Formula One career at Spa in 1991 and went on to win six times. 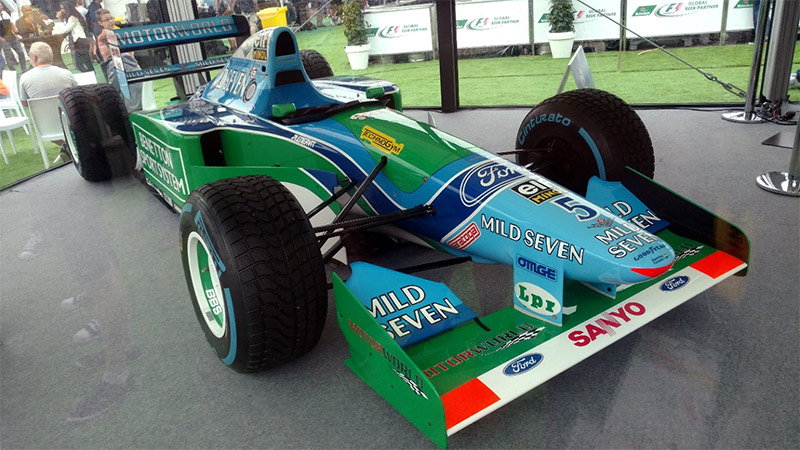 Porsches of all kinds have roamed the forests – ranging from the 911 to the mighty 917 and 962 prototypes and the more modern day 919.

Jeff Francis of The Speed Journal recently took a Porsche 911GT3 to an RSRSpa Premium track day at Spa to take in the experience and breathe in the history. 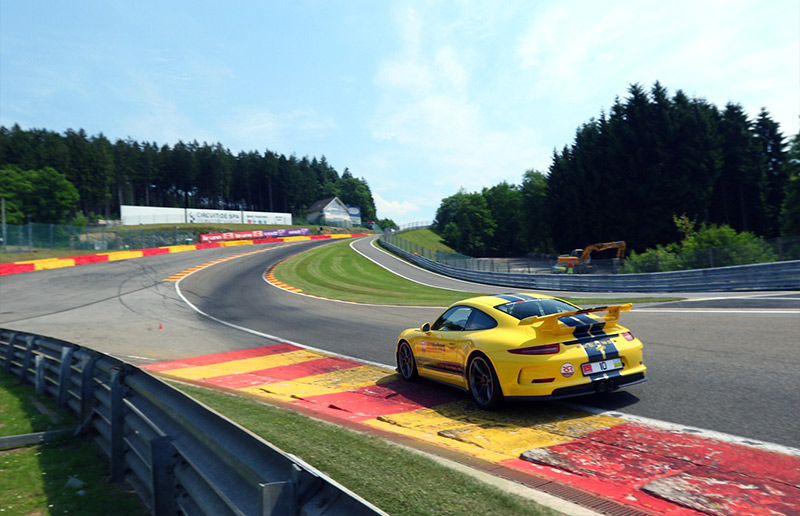 The elevation is one of the most striking aspects of the 4.3 mile circuit. The most famous corner is the Eau Rouge-Raidillon sequence. Eau Rouge is named for the stream that runs under the track at the bottom of the hill where the track veers slightly to the left. Eau Rouge is French for “red water” which describes the color of the stream due to iron oxide deposits. Raidillon is French for “steep road” which makes sense when looking at the steep uphill right hander and its 18% incline. 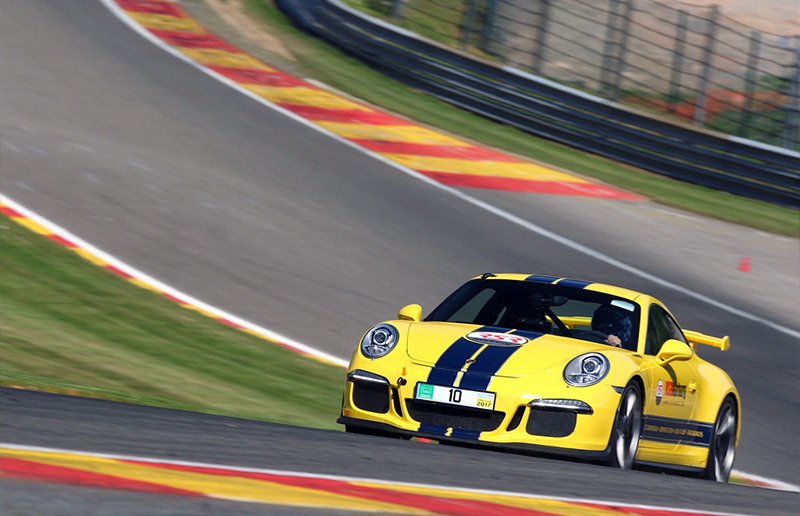 The intensity involved in the raw speed and change of direction through this sequence gets the blood flowing. It is enormously rewarding to get right and incredibly regretful to get wrong. There are no other similar corners at other tracks to call upon from prior experience. Those that run through this section flat out are either very skilled and brave or telling fibs when they return to the pits. 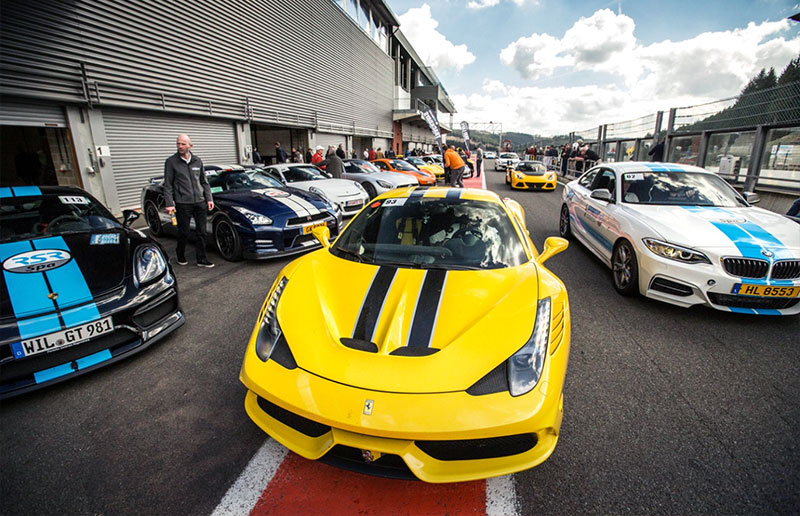 The RSR Spa team took good care of their clients during the track day with coaching and guidance, including involving ace factory Mercedes AMG driver Adam Christodoulou. Who better to get tips from than someone who regularly races in the Spa 24 hour sportscar races and who won the 2016 Nürburgring 24 hours overall? 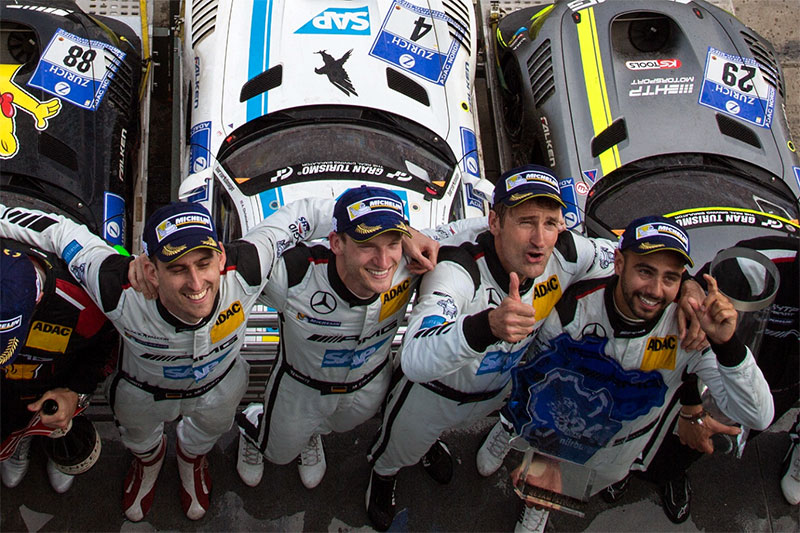 Christodoulou drove a slower sighting lap and then a much faster lap to give a sense of what was possible. The lap at speed was a thrill and a highlight of the weekend. 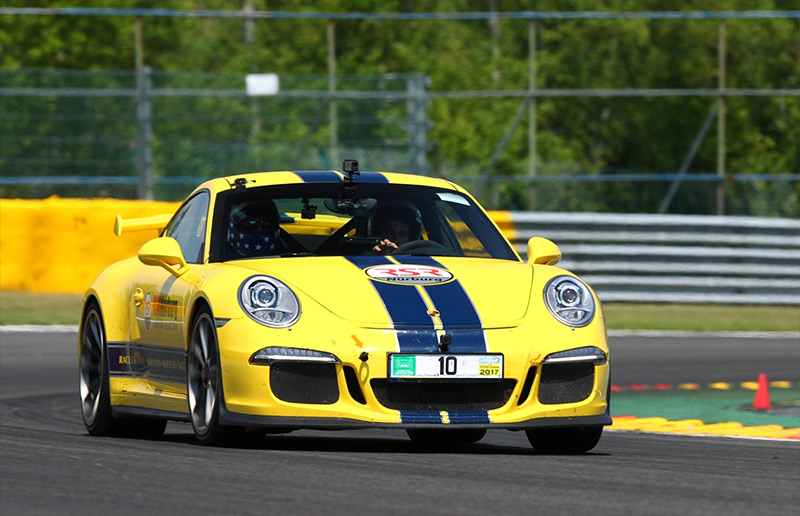 Once complete, coach and student switched to put the student back at the controls. The instruction was excellent and well received. Some bench racing afterwards provided a great opportunity to hear Adam talk about his racing experiences at Spa and Nürburgring. 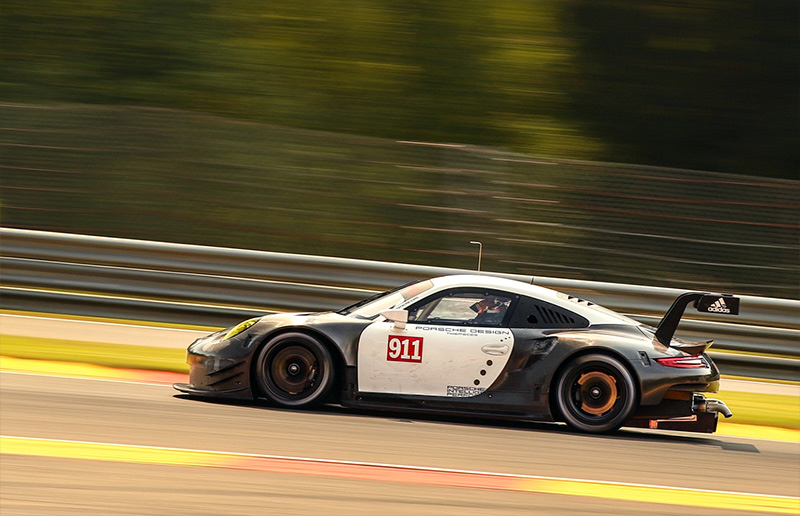 At the RSR Spa Premium track day, the RSR Spa team shares the track with others. For example, on this particular visit, the works Porsche Motorsports team was testing their 911 RSR. As fast as you might think you are in your Porsche 911 GT3, the whoosh of a full factory 911 RSR at speed is both intimidating and exhilarating as it flies by. These kinds of track days remind the vigilant driver to check both the view ahead and behind as they make their way around the track. 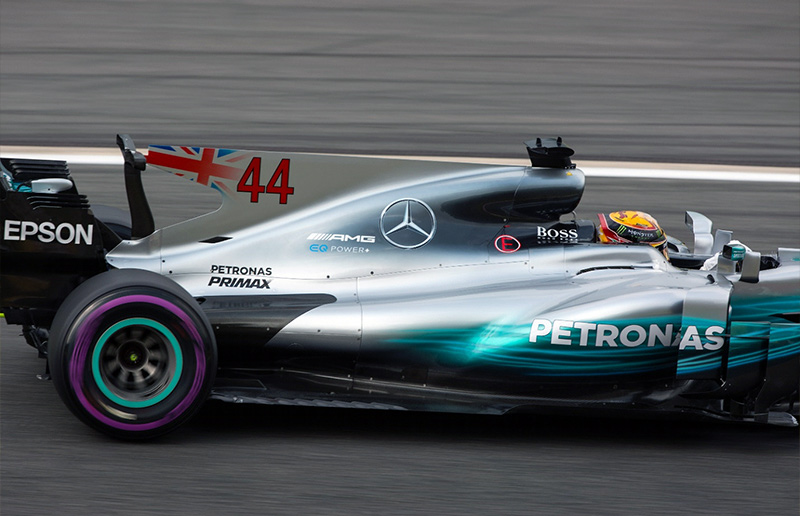 Only weeks later, the Formula One race at Spa Francorchamps took place. As fast as a Porsche is around Spa, a Formula One car is orders of magnitude faster. To provide some sense of proportion, the pole time at the most recent Spa 24 Hours was set in a Ferrari 488GT3 by speedy James Calado at 2:17.390. By contrast, Lewis Hamilton claimed pole at the Formula One race a month later at 1:42.553. An average lap speed in excess of 152mph is difficult to fully comprehend, but it is properly quick. 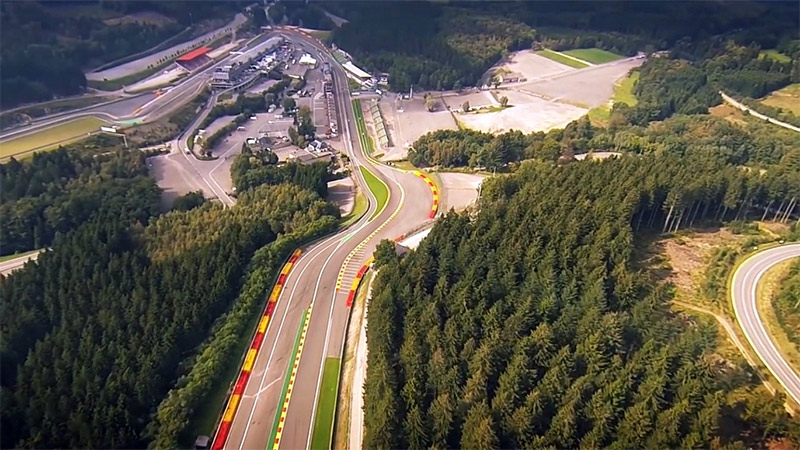 Spa Francorchamps features the largest elevation change of any Formula One track on the current calendar. It also is situated amongst heavy forest which provides a natural backdrop and shelter for fans who often need to dodge the adverse weather that is common around the area. The spectating experience for those without reserved grandstand seating involves trekking around the circuit to take up viewing points around the vistas in the forest. There are points within the track interior, deep within the forest, where the track is invisible and the abstract echoes of race cars rattle through the trees. 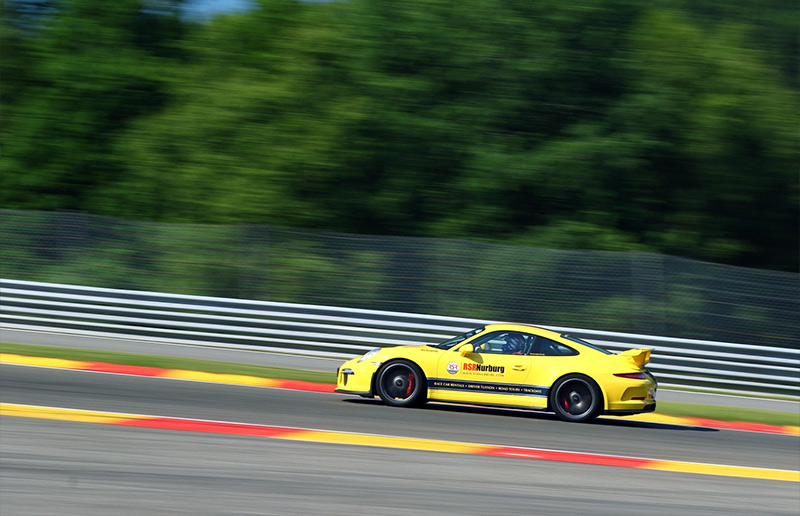 The Speed Journal was fortunate to have RSR Spa help guide the experience. Such a venue with such a car demands respect and RSR Spa not only provided the hardware but also the guidance and coaching to get the most out of the adventure. Television does not do the track justice given the speed, the elevation changes and the curves through the forest. The Speed Journal wishes to thank RSR Spa and Adam Christodoulou for a wonderful experience. 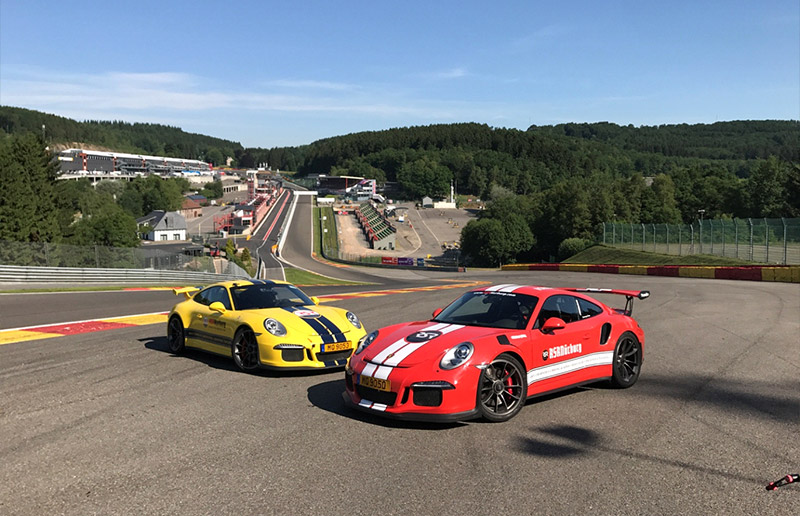 A Taste of Ginetta at Donington Park