Pérez drove for team Force India for five years, with 2015 the year that he achieved 12 point-scoring finishes 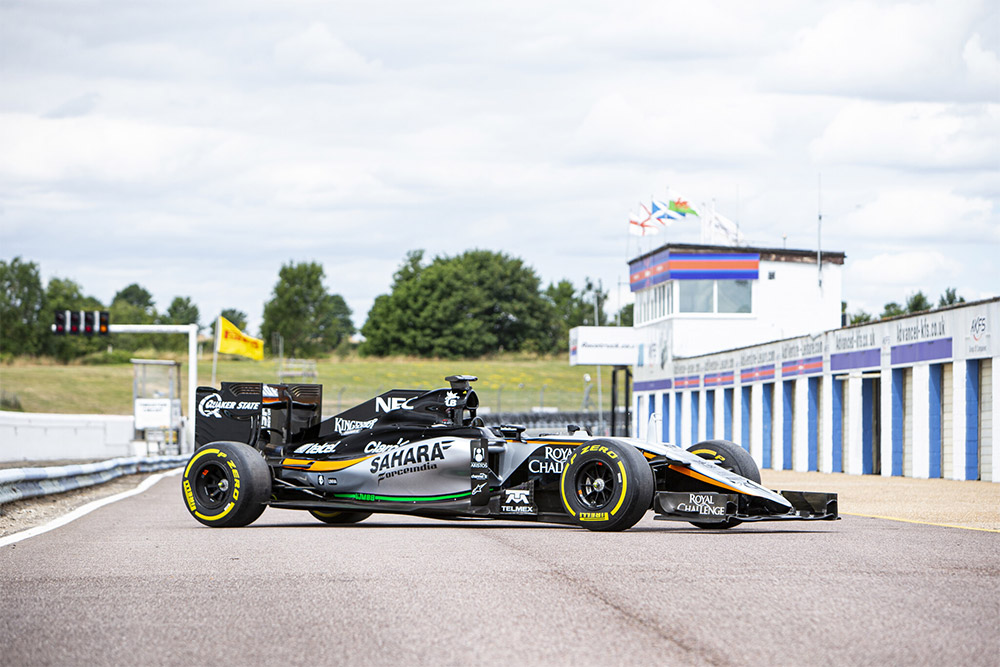 Fans of Sergio ‘Checo’ Pérez, the Mexican Formula 1 driver who won this year’s Monaco Grand Prix, will have the opportunity to bid for the 2015 Sahara Force India VJM08 Formula 1 Racing Single-Seater he drove in that year’s Grand Prix season, at the forthcoming Bonhams Goodwood Revival Sale on 17 September.

Currently third in the 2022 Formula 1 Driver Standings with Red Bull Racing, Pérez previously drove for rival team Force India for five years, with 2015 the year that he achieved 12 point-scoring finishes, including a podium finish in the Russian Grand Prix at Sochi, helping Force India to its best finish ever, fifth overall.

The car offered, chassis VJM08-02, contested 13 of that season’s 19 rounds with Pérez at the wheel, earning championship points in eight races, including fifth place in both the US and Abu Dhabi Grand Prix. Due to cash-flow issues within the team, Force India effectively updated the 2014 car with a distinctive ‘nostril nose’ to meet the new Formula 1 regulations for 2015.

This ingenious solution allowed adequate airflow beneath the nose to the underbody surfaces, without having to resorting to a then-fashionable short nose which posed difficulties in passing the FIA’s required crash test.

The venues of Bahrain, Montreal, Austria and Monaco – where Pérez finished seventh – were well suited to the Mercedes-Benz-engined Force India VJM08’s high power/low drag combination and it proved to be a regular fourth row qualifier.

VJM08-02 is offered direct from works preservation and storage in show-car condition, without its engine or transmission and has an estimate of £70,000 – 100,000 (no reserve).

A second Force India car is also crossing the block on the 17th, the 2011 Force India-Mercedes VJM04 Formula 1 Racing Single-Seater campaigned by German-Uruguayan driver Adrian Sutil, in which he gained 42 championship points, with his best finish, 6th place, at the Brazilian Grand Prix. Again offered in show-car condition, this Formula 1 veteran has an estimate of £80,000 – 100,000 (no reserve).

Lining up with the Force India duo are a host of important period and historic Goodwood campaigners and champions, from the very first car to bear the McLaren Kiwi badge – Bruce McLaren’s 1964 Cooper-Zerex-Oldsmobile ‘Jolly Green Giant’ unearthed after 57 years – to the winner of the debut Goodwood 9-Hour Endurance race, a 1952 Aston Martin DB3 Works Team Sports-Racing Two-Seater, which also contested the 24 Hours of Le Mans, the Mille Miglia and the 1953 Sebring 12-Hours.

The contemporary and period racers will go under the hammer on Saturday 17 September from 1pm in the Bonhams marquee at the Goodwood Revival meeting. All lots will be available to view on Friday 16 September (9am to 6pm) and from 9am on the Saturday.