Roger Mears Inducted to the Off-Road Motorsports Hall of Fame 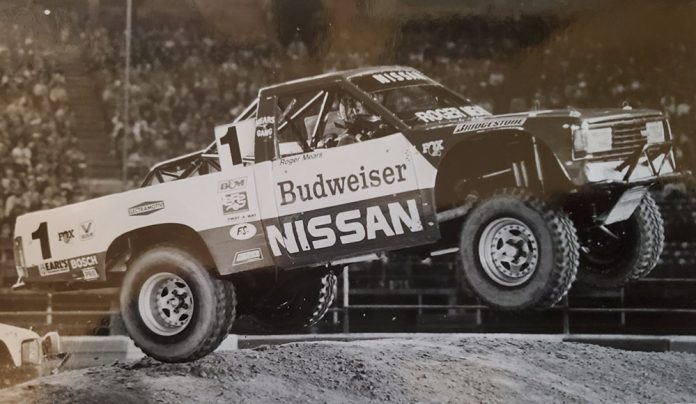 When the name Mears is mentioned in the motorsports industry, Rick’s name is the first to come to mind for most racing enthusiasts and competitors. Only four drivers – Rick, A.J. Foyt, Al Unser and Helio Castroneves — have captured the Indianapolis 500 four times.

But ask Rick who was one of his greatest drivers for him to race with and watch and he’ll talk about his older brother Roger, who was one of the top off-road drivers in the sport’s history and one of the most well-rounded racers in all forms of four-wheel competition.

Roger and Rick Mears, who started in go-karts and motorcycles, began to establish their racing lore in the tight Ascot Park Sprint Buggy action in the early 1970s and it continued at Riverside, Pikes Peak and in the desert. The Bakersfield, Calif., brother duo had followed their father, Bill, in racing and, also followed him to the winner’s circle. Bill was a very successful stock car racer in Wichita, Kan., before moving his family to California for better business opportunities. But the boys showed their talent had exceeded Bill’s impressive abilities.

Meanwhile, Roger was driving anything and everything he could in the desert, short course, dirt and pavement ovals and later followed Rick into IndyCars. Despite competing full-time in only two IndyCar campaigns, Roger put together strong showings despite driving second-hand equipment. His peers knew that as well and named him “Most Improved Driver” in 1983. 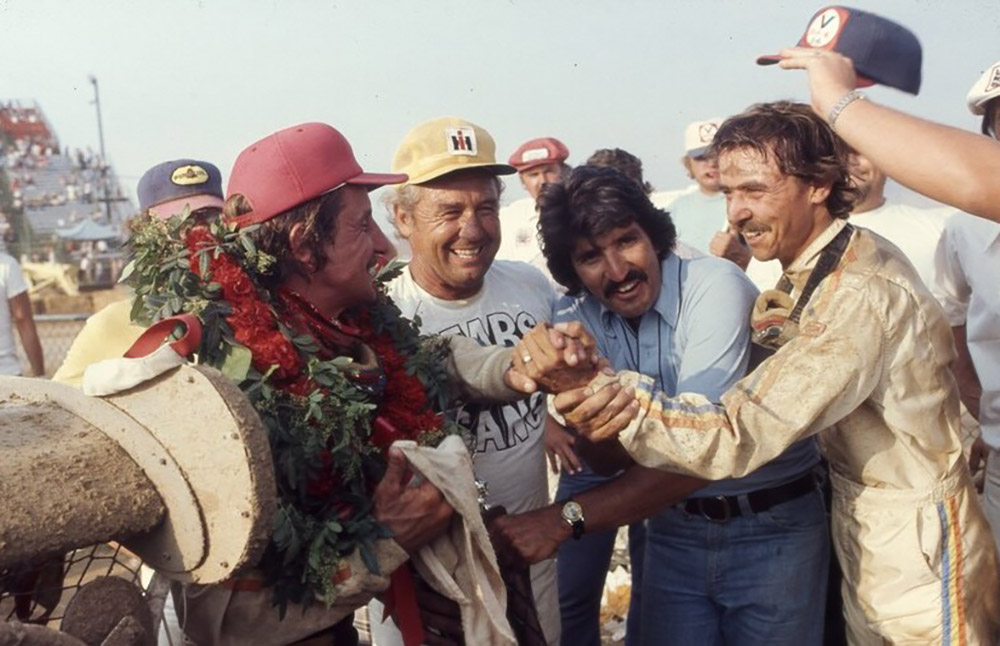 With the shortage of good IndyCar rides, Roger returned to his roots in off-road racing and continued his sensational Riverside performances, many wins in the Mickey Thompson Stadium series and started his own racing operation with Nissan, Budweiser and Bridgestone partnerships. The Mears name was winning on the pavement with Rick and in the dirt with Roger. Roger even learned the tough life of race promoting (i.e. Mickey Thompson, Walt Lott and Sal Fish, etc.) with the “Mears Gang Rumble” in Bakersfield in 1984. Another career highlight for Mears was the double win in the 1986 Baja 1000 with son, Roger Jr., taking the 1/2 1600 class and Roger capturing Class 7 in his Nissan truck.

One of the more remarkable Roger Mears stories dates back to 1980 when he flipped a sprint car at Ascot Park and broke both arms. Doctors advised him to rest but the Baja 1000 was coming in a few weeks and Roger was battling for the series title. So, the doctors decided on surgery with plates in Roger’s arms. Mears, with help from his dad driving too, drove 70 percent of the race and finished the 1000 miles. He took the SCORE Class 3 series title in the famed Budweiser Jeep Honcho, the same machine which won 12 of 22 races in a three-year period.

“I have raced many forms of racing. Competing in off-road races was and is still my favorite form of racing. With off-road racing there is a lot of seat time, driving a race car for hours and hours, all the terrain changes, weather changes, the challenges that come with racing in the desert. I still have off-road cars and my retired time is to play in the desert every day! Off-Road racing has come full circle for Casey and myself, as we both started out in off-road. It’s very rewarding and fun to be able to chase Casey and be involved as he races in off-road now. It means a great deal to me and is an honor to be inducted into the Off-Road Motorsports Hall of Fame. It is nice to be recognized for all the hard work and dedication for myself and everyone involved with our teams. I couldn’t have had any of my success without our hardworking crew giving me suburb equipment to drive. Definitely a team effort!” – Roger Mears

In recent years, Roger and his wife, Carol, have retired in Mexico after following their son, Casey, compete in the NASCAR Cup stock car series for more than a decade. Most recently, Casey has followed his dad into off-road competition, driving Lynn Chenowth’s buggy to the NORRA 1000 class win and third overall. Casey also drove a Trophy Truck in the 2019 SCORE Baja 1000.