2017 Trans Am Champion Gar Robinson and sportscar racing ace Shane Lewis will be competing for the 2018 Pirelli World Challenge GTS crown in 74 Ranch Resort Mercedes-AMG GT4s prepared by Robinson Racing. Known most recently for capturing two of the past three championships in the Pirelli Trans Am Series, and historically for very successful IMSA GT and Grand Am prototype programs that includes wins at the 12 Hours of Sebring, the family-owned, family-style Robinson Racing is excited for the new challenges and opportunities in Pirelli World Challenge.

“This is a big, positive move for everyone at Robinson Racing,” says team owner George Robinson. “In the nearly 30 years this team’s been racing together, it’s probably been at least 20 years since we’ve entered a paddock so ripe with manufacturer presence and support. That’s huge, and not just for the opportunities it presents to all the drivers, but it has also had very real benefits to teams like ours through the ability to campaign factory-built cars with factory support on- and off-track in terms of engineering support, parts and spares, and of course the marketing power that we all get to enjoy. This is one of the few series we haven’t raced in, and we’re very excited to compete there.” 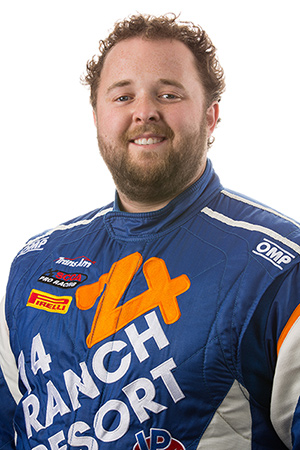 Second-generation racer, Gar Robinson, will campaign the #74 with which his dad and storied co-drivers such as Hurley Haywood, Wally Dallenbach Jr, Johnny O’Connell, Jack Baldwin and others enjoyed success. Gar has been competing professionally for the past three seasons, a short span that has seen him capture a pair of Trans Am championships and a podium finish in the 24 Hours of Daytona, and he can’t wait to bring his often-sideways-always-fun style to Pirelli World Challenge and the 74 Ranch Resort Mercedes-AMG GT4.

“The GT4 segment is getting more and more popular,” said Tobias Moers, Chairman of the Board of Management of Mercedes-AMG GmbH, “After achievements in GT3 Racing, the Mercedes-AMG GT4 is opening another valuable platform for us to prove our competence as a globally successful sports car performance brand.”

“Pirelli World Challenge has some of the best racing out there, and such a diverse field of awesome cars and manufacturers,” says Gar Robinson, driver of the #74 74 Ranch Resort Mercedes-AMG GT4. “Sometimes my friends give me a hard time because I don’t always like change, but I’m really looking forward to this one. Plus, my crew is my dad’s old crew – the same guys I’ve been racing with since they were running prototypes for my dad and quarter midgets for me, so no matter where we’re racing, it always feels like family. And while this is a new car in a new series with some tracks that are new to us, or at least new to me, the only thing I can imagine that’s better than going racing with this team is going racing with this team and Mercedes-AMG!”

Continuing that theme and continuing a long association with Robinson Racing and the Robinson family, Shane Lewis will pilot the #72 74 Ranch Resort Mercedes-AMG GT4. Universally-recognized as one of the premier race and development drivers, and an endurance racing expert with over 40 24-hour races to his credit (including wins at the 24 Hours of Daytona, the 24 Hours of Nurburgring, and the 24 Hours of Dubai) and the 2017 Trans Am West Coast Championship, Shane Lewis is even more energized than usual when asked about joining Pirelli World Challenge. 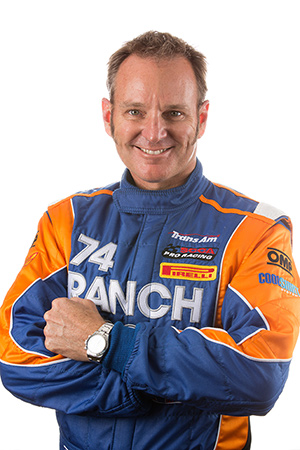 “I don’t have words to describe how great it is just to be able to know this team and call the Robinsons friends, so that I also get to race with them and now we’re adding Mercedes-AMG and Pirelli World Challenge to the mix, it really is a dream come true,” says Shane Lewis. “This is a bit of a homecoming for me as I raced in World Challenge earlier in my career, though there’s obviously a typo in the record books because it’s impossible that that was nearly 22 years ago. No matter how long it’s been, Pirelli World Challenge is without peer in its ability to attract and engage global manufacturers. Couple that with forward-thinking media and marketing platforms that combine social media savvy with partners such as Motor Trend OnDemand and CBS Sports, then add in great venues and a smart mix of standalone weekends and pairings with established marquee events like Long Beach and St Pete with IndyCar, and it’s easy to see why we’re so excited.”

Petrolheads Have Rare Opportunity to Drive a Genuine Jordan ...

Valterri Bottas Destroys His Mercedes WO8 F1 Tyres at Goodwood

Tales from the Paddock – Christina Nielsen: “It’s a Beautiful Area with an Iconi...